Urban Renewal and The Promise Of PA’s Brownfields 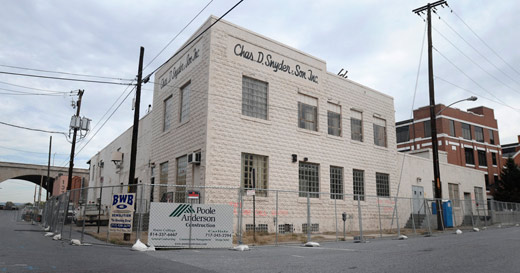 In the old days, your power and wealth was based on the amount of land you owned. Nowadays, it’s not the land you own but what you do with it that matters. As the industrial revolution swept through urban centers, many plots of land eventually became unusable due to chemical runoff, excessive debris and other toxic concerns hidden in the soil. Drained of all economic value, plots were left to rot in cities and towns across the U.S. These infected parcels are called brownfields.

So the question arises: What to do with blighted brownfields? Why would anyone want to develop a contaminated property?

The answer is that no one would, without a little push.

On September 10, a $240 million mixed-use brownfield redevelopment broke ground in South Fayette, near Pittsburgh. The Newbury Project, which will create more than 2,000 new jobs, will feature 200 acres of residential space with 130 acres of open space for parks, trails, and tree-lined streets. Newbury Market, a 100-acre site that will include more than 900,000 square feet of retail space, restaurants, plazas, offices and a hotel, will anchor the project. 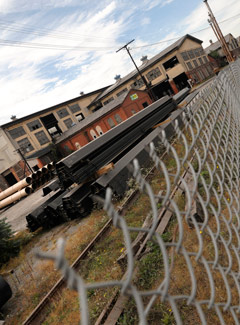 The governor’s little push–$5 million in state funds allocated to Newbury Market–was all the encouragement developers needed to run with the project. And although it is billed as a brownfield redevelopment, the massive site makes use of only one acre of brownfield land.

But the brownfield story unfolding in Pennsylvania is not always as simple as that. Increasingly, developers can no longer safely assume their projects will see the light of day unless the surrounding communities are on board. Six years ago on Pittsburgh’s South Side, the $300 million South Side Works opened, housing a movie theater, retail and office space, and sports training complexes for both the University of Pittsburgh football team and the Pittsburgh Steelers–all on the site of a former steel plant. The site has been a tremendous success, still growing to this day.

But according to Deborah Lange, Executive Director of the Western Pennsylvania Brownfields Center at Carnegie Mellon University, the most important aspect in making a brownfield project take off is community involvement, listening to what the residents want and giving it to them.

“When people think of brownfields, they often think of these big steel plants, but to be clear, there are smaller sites that don’t lend themselves to mixed use–sites with environmental impairments that can get hidden in communities,” says Lange. Those sites become necessity projects–dry cleaners and gas stations. And they often come about from community involvement. But with larger sites, with tons of shareholders and business interests, developers have to have the experience to know that the community counts.

“There was a time when developers could get away with not involving citizens but information is too readily available now,” says Lange. “And citizens can make or break a development project.”

Two apt examples of what Lange refers to are the waterfront proposals for the Sugarhouse Casino in Philadelphia’s Fishtown section and the MLS Soccer stadium in Chester. Both started out as brownfield developments, but these massive, sea change projects don’t come easily.

After granting $25 million in state aid to developers for a soccer stadium, condominium development and commercial vendor space, Gov. Rendell is receiving blowback from citizens groups in Chester. Many have become concerned that Chester’s location–sandwiched between two waste treatment centers–may not be the best place for this type of investment. They even threatened a lawsuit if the site was not cleaned up to their specifications and the process was not made more transparent.

“All we ask is that they assure us that the right steps are being taken to do this,” says the Rev. Horace Strand, head of the Chester Environmental Partnership. “And so the community knows what’s going on.” 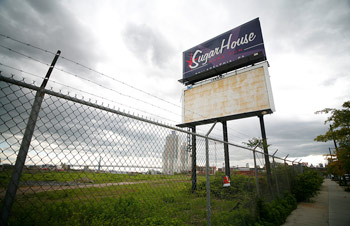 The struggle between Fishtown residents and the state over a proposed slot casino in their waterfront neighborhood has gone from mild community battle to epic David-and-Goliath bloodbath, with citizens filing lawsuit after lawsuit against developers and state officials. Rendell finally caved last month and began exploring different locations for the Sugarhouse slot parlor.

One Step at a Time

Despite the setbacks of those large-scale projects, smaller brownfield redevelopment projects seem to be finding favor. In August, Gov. Rendell and other state officials announced $4 million of state taxpayer money would go to redevelop the Ambler Boiler House in the Northern Philadelphia suburb of Ambler. Westrum Development, the firm receiving the grant, specializes in brownfield projects, and their vision is the Crossings At Ambler, a mixed-use community with 288 condominiums and 42,500 square feet of office space. 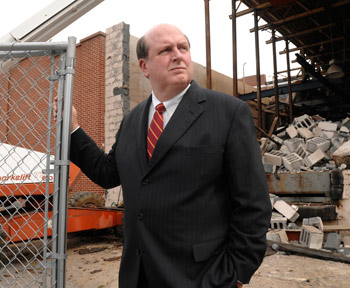 Harrisburg has had great success turning brownfields not into entertainment centers like Philadelphia has attempted to do, but into necessity projects. According to David Black, president of the Harrisburg Regional Chamber and Economic Regional Development Corporation, Harrisburg just finished a $2 million renovation of a former manufacturing plant that is now home to the DuraBond pipe company. The company, Black says, now employs over 200 people.

“Its not really one of those big, sexy projects where you take an old mill and put up a shopping mall,” Black says. “But we still manufacture stuff in Pennsylvania so it got us some much-needed space.”

Black and his colleagues have also worked on turning a former crystal manufacturing plant into a small business incubator in Carlisle, partnered with Dickenson College to convert another manufacturing center into extra classroom and administration buildings, and converted a contaminated site into parking space for the Appalachian Brewing Company, a popular Harrisburg destination.

There is one unexplored wrinkle in the brownfield game: a lack of funding. While the last five years have seen a tremendous increase in brownfield development across the state, a struggling economy threatens to turn the faucet off.

With the economy in turmoil, the margin for error with redevelopment projects is slim to none. So while the state remains committed to increasing incentives to turn over post-industrial lands, it will be up to organizers on a local level to see what works for the community and continue to make their voices heard.

Former Chas D. Snyder and Son Building being torn down in Harrisburg

Pipes at the Steelton Pipe Mill

All photographs except for Sugar House by Jason Minick