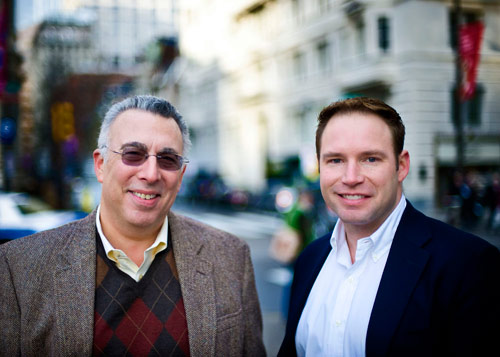 Some of the best news for Pennsylvania entrepreneurs in this jumpy economy is no news at all: It’s still business as usual for many of the top venture capital firms in the Commonwealth.

“We tend not to get caught up in the hot sectors of the day,” says Doug Petillo, a partner in Edison Venture Fund, a major firm with offices in West Chester as well as Virginia, New York, New Jersey and Massachusetts. “We really focus on companies that have solid business models and can become leaders in their respective niches.”

It’s a strategy that’s apparently been working. According to the latest rankings from the National Venture Capital Association (from 2006) Pennsylvania ranks third in the nation in the number of jobs created by VC investments. The state is also fifth in total yearly revenue generated by those investments–$121.6 billion, up 9.6 percent from 2003.

“Pennsylvania is one of the most prolific sources of investment over the years,” says Petillo, who concentrates his funding efforts on several industry sectors, including healthcare and information technology companies, in Pennsylvania as well as Delaware. “There are tons of entrepreneurs building those businesses in Pennsylvania. There’s no shortage of good ideas. It never ceases to amaze me how much innovation there is.” 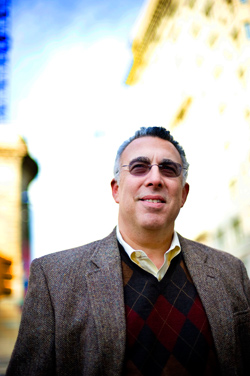 “Pennsylvania has a lot of interesting incubation, not just in Pittsburgh and Philadelphia, but across the state,” says Richard Fox, a managing director of Cross Atlantic Capital Partners in Radnor, another highly successful venture capital firm. He gives credit to the regional offices of Ben Franklin Technology Partners, with their support for innovative companies and entrepreneurs in general. “When the Ben Franklin asks us to look at something, it’s always a priority for us because it already has one level of due diligence,” Fox says.

Yet he and Petillo say Pennsylvania companies can always do more to attract the interest and eventual support of firms such as theirs. “It’s a combination of having the vision, and building on the vision, of an operational plan,” Petillo says, “and a lot of it is reading the tea leaves and the leading indicators. When those things align, the entrepreneur says, ‘I’ve built my company to $5-10 million [in revenue], I see the opportunity, but I need help to get there. If I wait long enough for the business to throw off enough cash to reinvest,'” the opportunity for significant growth may be gone.

Petillo recommends those who wish to attract VC funding build up a meaningful case for bringing in help to expand personnel, ramp up sales and improve other factors that allow a relatively new enterprise to prosper.

“When those things are together,” he says, “there is a very good business case to create tremendous value for all shareholders.”

So what’s out there that’s already working?

“We tend to look at the world mostly for the verticals that these IT software companies sell to,” explains Petillo. Edison focuses on IT business solutions and software from companies that already have $5-25 million in revenue when they come looking for funding. “We’ve been investing increasingly over the years in companies that have a software-as-service model, which is a very attractive business model, because they’re able to drive recurring revenue.”

Such companies also represent lower cost of entry for the customers, who often pay for this software by subscription. In this economic environment, that’s an even better way of generating steady profits, Petillo says, “because you know where your revenue is coming from.” 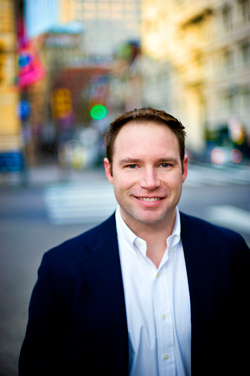 Among Edison-funded companies Petillo cites as having taken best advantage of their funding:

• True Commerce in Wexford: “They are redefining electronic data interchange. This is World War II technology but it’s never been packaged in a way that’s affordable and easy for small businesses to use. They’ve revolutionized that. They’ve emerged as one of the leaders in their market.”

• The Neat Company in Philadelphia–formerly NeatReceipts–has a software package with a portable scanner that inputs receipts, creating an exportable expense report. “Road warriors love it; consumers use it to organize their lives.” Neat also has a business card scanner. “The product is literally flying off the shelves, which is always exciting. It’s a great holiday gift, too.”

• Portico Systems, also in Philadelphia, provides software to health insurers to manage all of their provider databases and contracting. “It’s really never been managed. The health plans haven’t bought any IT since they put in their billing plans. Portico helps them run their businesses like a real business. This is something you’ll see with more investments–these companies are redefining their niches.” Portico recently placed among the top 100 fastest growing companies in Philly.

Fox singles out Cross Atlantic’s support for BPL Global, based in Pittsburgh, “a very exciting company that meters and distributes energy more efficiently.

“Pennsylvania is in a lot of ways very well placed” for the future, he says. “It has a solid footing in health care and information technology, and a lot of technology transfer from universities.”

Even more important, adds Carter Caldwell, a Cross Atlantic principal, “is the number of intelligent people coming out of those schools. It helps companies put together a solid team as they grow.”

And as they multiply.

“A lot of entrepreneurs that we backed 5, 10, 15 years ago,” says Petillo, “they’re starting their next business. And we’re proud to be able to back these guys a second time.

“We encourage entrepreneurs to be out in the market, to talk to investors, get to know your competition,” he says. “All those things breed confidence that you’re onto something. That’s how all these companies get started.”