Millennials on the Move: The Next Generation of Pennsylvania’s Workforce 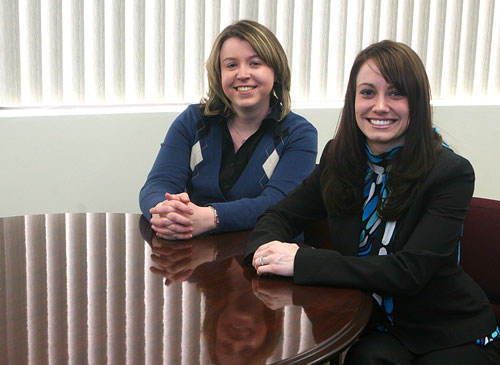 Courtney Whitecavage and Sara Hodon have spent the last several years making sure teenagers know how to prepare for the working life. Both are directors of workforce development for the Northeast Pennsylvania Manufacturers and Employers Council in Bethlehem.

And both are in their mid-twenties, placing them squarely in Gen Y, also dubbed the Millennials–a group roughly defined as having been born in the 1980s and ’90s, and whose collective working habits have already been proving a challenge to employers and recruiters. They are often portrayed as needing a great deal of hand-holding and praise, while finding teamwork difficult and company loyalty puzzling.

“That doesn’t mean we both fit the [Millennial] criteria completely!” Whitecavage says.

She and Hodon run the workforce development program for high schoolers known as Northeast Pennsylvania Career Advantage. It offers the YES (Your Employability Skills) certificate in Schuylkill and Luzerne counties, teaching students everything from teamwork to proper dress.

But the companies themselves have been forced to learn their share of lessons about attracting and retaining Millennials, too. 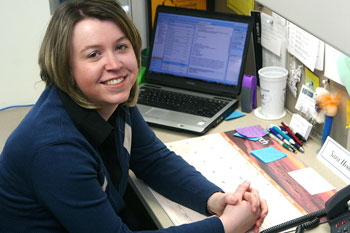 “The Millennials need a lot of reinforcement and the extra pat on the back from their employers,” says Hodon. “This generation doesn’t want to be stuck” for long in the spot where they began their career, she adds. “The companies need to show that the employees can advance.”

Says Whitecavage: “It’s important that companies are highlighting flexible work hours” to attract Millennials, who are said more than previous generations to value a healthy work-life balance. Diversity is also a must for this generation–both for the variety it brings to the office and because one out of three Millennials belongs to a minority group.

At least this is one generation that won’t expect to be working stiffs.

“Whereas previous generations might have said, ‘What can I do for this employer?’ this generation thinks, ‘What can this employer do for me?'” says Gina Whalen, who holds trainings on generational diversity for Keystone state companies via the NPME Association. These are young adults whose parents were ultra-involved in their lives–and may remain so, even as Millennials enter the workforce and become a majority by 2025, she says. “They’re also sometimes called the coddled generation.”

The good news for Millennials comes from a recent large study by another Bethlehem organization, which shows that Millennials may not be so, well, Millennial-ish as they’re made out to be–and thus better prepared to deal with the current economy. It also comes from some companies who say they still value, and still plan to recruit, the latest college grads. 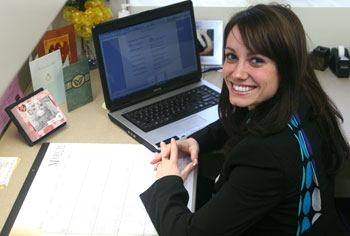 “Millennials are pictured as somehow focused on community, creativity, self-development, not caring that much about standard issues of job security and compensation,” says Ed Koc, head of research for the National Association of Colleges and Employers in Bethlehem.

“Frankly, the data doesn’t bear that out… In fact, compared to data we collected in 1982”–from classic Boomers–“the students then were more ‘Millennial’ than they are today.”

Koc’s group, NACE, conducts yearly surveys of college seniors, collecting answers from more than 19,000 of them last year. “About 15 percent of the college population could be described as true Millennials because they fit the picture everybody expects,” he says of the latest survey results. “But the mass of the generation isn’t that way.”

In fact, when given the opportunity to rank the most desirable employer characteristics, students responding to the latest NACE survey put chances for advancement, job security and health insurance at 1, 2 and 3, respectively. An “opportunity for personal development” ranked 6th, the chance for “self-expression and creativity” was 9th, and diversity 11th. 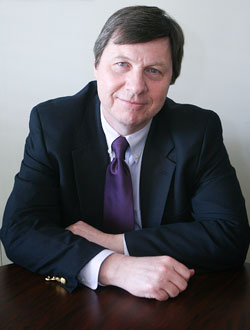 The largest group in the survey, whom Koc termed the Sheltereds, placed job security at the tops of their lists. They made up fully a third of those whom NACE contacted. Achievers, at 25 percent, put personal development, recognition and chances for advancement first, while Worker Bees, at 24 percent, looked for “clear assignments and recognition for fulfilling those assignments.” Then came those classic Millennials, at a mere 15 percent.

NACE also collects demographic data on those surveyed, and Koc noticed that the most “Millennial” of the Millennials were clustered in the Northeast United States, especially New England. “I think that’s why they get more attention,” he theorizes. “They happen to be in a bigger student group in the crux of the media market.”

Here in the Commonwealth, however, Jerry Maginnis says KPMG doesn’t plan to change his company’s focus on recruiting Millennials. Maginnis is the office-managing partner at KPMG-Philadelphia. “Our core focus of relating to that group was not changed one iota,” he says.

Roughly 65 percent of his office’s 900 employees are under 30 years old, and the company still plans to “recruit heavily off campuses,” he adds. “We’ll have 75-100 to join [our] audit, tax or advising practices” this year.

“Back in 2007, we as a firm began to realize that this Millennial generation [was] less receptive to traditional marketing techniques,” Maginnis says. So he launched a KPMG YouTube channel as well as KPMG Go, a college-focused online publication.

The company’s overall approach to Millennials is working, he says, pointing to such evidence as last year’s 5th place spot in Business Week’s ranking of the best places to launch a career. 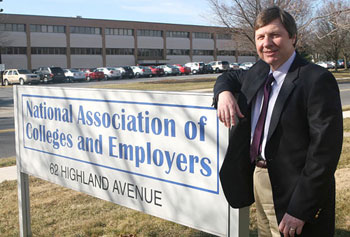 Still, he admits, the current layoffs and general economic downturn are “sobering.”

Koc agrees. “This year is a very new world to college students graduating,” he says. “Up until this year it’s been a seller’s market for college graduates. The jobs pursued them. They could afford to seem distant, arrogant, maybe un-concerned. This is no longer the case. It’s going to be a very tough job market for the class of 2009. I’d be very flexible about what you’re willing to accept.”

Employers now, he adds, “are in the driver’s seat and can be far more selective than they have been in the past.” Even computer and engineering salaries have failed to go up, or trended slightly lower, this year compared to last, whereas in the past five years these salaries had gone up at higher rates than the pay of employees in general.

But, he adds, companies will still look favorably on Millennials in general as employees: “In a way, they have to. If this wasn’t a contracting economy this would still be a good year for college graduates” entering the job market. There are still a higher number of workers in the 60-64 age bracket than there are in the 20-29 age bracket, and retirements will soon be rife–albeit at a slower pace than might have happened under rosier circumstances.

“There will be job openings because of the need to replace retiring workers,” he says. “There are some areas where [the large number of retirees] will likely be a crisis,” such as among computer programmers and K-12 teachers.

“Generation Y’ers are changing jobs at a rally fast pace,” adds Sara Hodon of the NPME Council. “It is frustrating to employers. [Millennials] may need to step back… and take a job that is not necessarily ideal for them. With the job market the way it is, the kids who are coming right out of college” need to be more flexible and realistic. They may even need to find an entry-level job in something outside their eventual career.

Or, as Hodon puts it: “They may need to pay their dues.”

All photos by Ronni Moore