Going For It: Bootstrapping Booms in Philadelphia 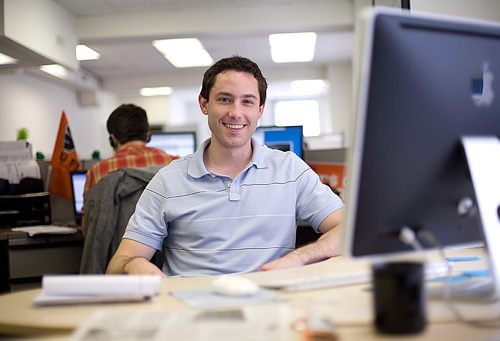 Entrepreneurs are rarely cut from the button-up, office-tethered cloth. Dollars-in-hand be damned, they’ll explore outrageous ideas; those who succeed often make whatever sacrifice is necessary to make their vision a reality. In early April, Philadelphia’s University City neighborhood hosted hundreds of these dreamers.

Sure, the national and global economies haven’t been this troubled in a generation, but the “Entrepreneur Expo” drew 400-plus registrants and more than 50 companies to the Science Center. They examined, showcased and discussed next-generation ideas about eco-friendly beachwear, biotech, online marketing and “everything in between.” So, it’s easy to see why organizers took that turnout to mean the desire to succeed will not succumb to any recession.

“The mood, the buzz, was electric,” says event-organizer Jim Cecere, who hoped to attract 250 attendees and 40 companies. “The level of participation came from across the [entrepreneurial] ecosystem: Investors, folks from government agencies, students, lawyers, service providers.

Blake Jennelle co-founded Philly Startup Leaders with Cecere in 2007 and is marketing director for Ticket Leap, a full-service ticketing and event-management agency used by some 8,000 venues across the country. It was started in 2003 by CEO Chris Stanchak–then in his final year at Wharton–and his mother, who are among the 23 now employed with the company. 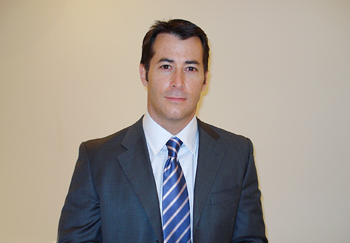 Jennelle went one further than Cecere in saying, “The state of entrepreneurship in Philadelphia is very strong. It is apparent that the City is booming with innovative start-ups.

“There are hundreds, if not thousands, of startups popping up all over the Philadelphia region. I think we’re seeing a tipping point in the region, fueled in part by pockets of entrepreneurs, technologists and innovators who have started to join forces and form communities.”

Still, these may not be the best of times to launch a dream business. There’s scant credit available and people are squirreling money away rather than spending or investing in non-established entities. Back in March, however, President Obama announced plans to support up to $15 billion, increase loan guarantees and eliminate some loan fees for small businesses. Translation: Small business is part of our nation’s economic backbone. We must maintain the financial infrastructure they travel toward success.

While there aren’t hard numbers to back it up, the theory that small start-up businesses are cropping up in Philadelphia, and across the state, would be hard to refute. After all, start-ups are often tiny operations that bank on future growth, so baby steps are key when you start with anywhere from two to 10 employees. Nowhere is that more evident than the place where Bart Mroz runs his year-old startup, round(3)media creative agency.

Independents Hall is a dynamic place where freelancers, free agents and people from a variety of fields share a collective space to work, collaborate and have sounding boards for ideas. To say its “community of support” idea has taken hold would be an understatement: On May 1 they moved a couple blocks from their inaugural location in Philadelphia’s Old City to a location with double the space.

“This may be a bigger space,” Mroz says, “but it’s getting packed rather quickly.”

While the year-old round(3)media is a startup no more, Mroz posited that the startup realm is growing because people are still compelled to follow their dreams–and also because of the growing number of layoffs and the fact that some people just grow tired of office life. 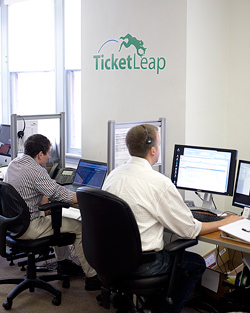 Says Cecere: “Good people facing a pretty stark job market are turning to entrepreneurship.”
Some people have already found it. For example, a year ago, David Speers saw promise in linking established businesses to spread their message among social-networking entities, as long as someone was there to filter through all the incoming messages to find pertinent ones. The result of his idea–hatched out of his time at Independents Hall–was Bridge Marketing Group.

“The layoffs make people shift to entrepreneurship or freelancing. I saw a tidal wave of people doing so. But, they’re getting severance or unemployment, so they said to themselves, ‘If I’m ever going to go for it, I’m going for it now.’ The idealists say, ‘This is my chance,'” says Speers, who notes that most of them are unprepared for the sacrifices it takes to shift from a corporate gig to a bootstrapping lifestyle of sacrifice and penny pinching. “Ninety-nine percent will go back and look for jobs, but that’s not a bad thing: Three or four companies will make it and that’s good for everybody.”

Despite the fact that unemployment rates have, as of mid-May, topped the previous record for 15 consecutive weeks, Rafi Spero is one of those three or four who made it. Along with Ticket Leap and the Vuzit document-sharing startup, Spero’s Net Receipts company comes up in most conversations of examples of startups going way up. Spero is the CEO of Net Receipts, which was founded in 2002 with three employees and produces a program that makes it simple to take paper and turn it digital. “A digital filing cabinet,” Spero explains.

Just like other successful enterprises, they had to beg, borrow and (not literally) steal to get up and running. They didn’t take salaries initially and raised money by asking friends, investors and Ben Franklin Technology Partners. The company now employs 125 people spread across support, sales, administration, marketing and other areas. The key to success? 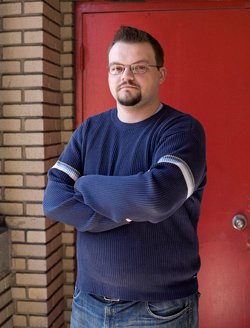 “I think the most important thing we did was going where our customer was. We asked ourselves who has a lot of receipts for expense reports and the answer was clear: the airport,” says Spero, who manned a kiosk at Philadelphia International and quickly saw that business travelers were excited for the potential of Net Receipts product. “I came back to the office after a week or so and said, ‘This is going to be successful.'”

Despite the promise of successes, those in the know acknowledge that finding funding for new entities is trickier than when those success stories started.

The Expo turnout was promising for the future, but the present isn’t the easiest time to raise initial start-up capital. And it’s not just because you don’t have a revenue stream or customer base to boast about in the pitch.

“The venture-capital community is suffering just as badly in this economy,” says Cecere, noting some are still open ears, and open wallets, for good ideas. “No one is saying no, per se, but they want to continue to talk” to ensure they don’t take a potentially damaging financial loss.

The local growth defies logic, too, when you consider Philadelphia still has a tax structure that isn’t all that inviting for new businesses or seems that willing to follow New York City’s lead of setting $8-10 million aside for low-cost startups.

Perhaps the economy will turn around sooner rather than later. And maybe, just maybe, stimulus funding will trickle down to help. But everybody seems to agree that the key to success is the same before, during and after a recession.

“We’re going to see a lot of people try, especially with tech ideas,” says Speers, adding that many existing companies bring people back as freelancers after laying them off to save on benefits costs. “I’m cautiously optimistic, though. A lot of people are open to change now. There’s a necessity to adapt. Even if people have to go back [to corporate jobs], people realize they have to make more money for the company than they cost. We’ll have a whole new perspective on working.”

But Cecere is hopeful that, should people adapt to the basics of the entrepreneurial lifestyle, they’ll thrive.

“It’s a combination of bootstrapping, learning to live on a shoestring budget, and finding money from family, friends, networking, angel investors,” he says. “The economy has made it tougher. You just have to continue to look at things differently, and don’t get frustrated since very few people will get their idea off the ground on the first shot. There will be many, many failures before even a minor victory. Nothing happens unless you make it happen.”

Brian Hickey is a freelance writer from Philadelphia who’s tougher than a speeding car and smarter than the driver who hit-and-ran him over. Send feedback here.