The Big Gamble: Pennsylvania’s Gaming Industry and the Promise of Quality Jobs 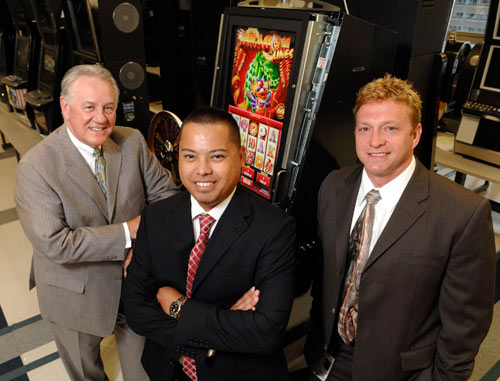 When you imagine casino employees, what do you see? A middle-aged blackjack dealer with a Marlboro hanging out of her lips, chained to the tables until 3 a.m.? A hardened gangster dragging suspected card counters into a dark alley for a little lesson in fair play?

Pop culture has conditioned us to believe casino employees to be nefarious characters either at the bottom of the barrel or the top of an ill-gotten heap. But when Gov. Ed Rendell and members of the state legislature rung the bells for Act 71–the legislation that brought legalized gaming to the state of Pennsylvania–we were promised thousands of quality jobs. 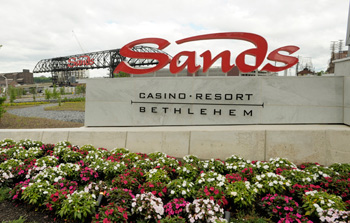 Since Act 71 was passed, the Pennsylvania Gaming Industry has created 8,200 permanent in-house positions. But without dealers, money-changers or pit bosses, what are these employees working on? And with Pennsylvania’s gaming industry poised to chisel away at the long-running Atlantic City stronghold, is it time to invest in the casino industry for the long haul?

Pennsylvania’s newest casino, the Bethlehem Sands Resort, began as a forgotten monument to the Commonwealth’s once-thriving steel industry. Bethlehem was known the world over as a steel town, and the historic Bethlehem Steel plant was the reason why. Supplying entire armies, building landmarks like the Golden Gate Bridge, employing up to 100,000 workers at a time and creating profits that reached over $100 million per year (staggering at the time), Bethlehem Steel was the backbone of Pennsylvania industry.

But the company declared bankruptcy in 2002, later selling the remaining plants and leaving others to rot on brownfield lands. In December 2006, the Las Vegas Sands was granted a license to build the Bethlehem Sands on the same land that once held the Bethlehem Steel plant. With the $743 million project, the Sands staff believes it can carry the torch for Bethlehem Steel, creating jobs and tax relief across Pennsylvania. 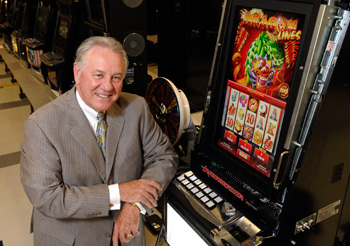 “Almost 90 percent of our workforce is from the Lehigh Valley,” says Bethlehem Sands VP of Human Resources Mickey Tragesser. “They just have a tremendous work ethic. We really lucked out.”

The resort and casino consists of 3,000 slot machines, more than 300 luxury hotel rooms, nine restaurants, 200,000-square-feet of premium retail outlet shopping, and 46,000 square feet of flexible multi-purpose space. The construction process employed over 1,000 skilled laborers and the resort itself has created 1,000 jobs. These are mostly hospitality and front-of-the-house positions but the casino also employs slot technicians, engineers, security staff and hotel and restaurant managers. But in order to make Pennsylvania an employer on the level of the Sands’ most hallowed grounds, Tragesser says it all hinges on two words: table games.

“We would probably add five to six hundred dealers, our hotel business would increase, our events center would increase,” Tragesser says. “Those games would take this industry to an entirely new level,” 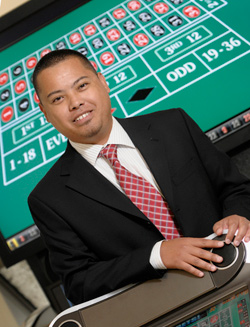 Currently, the state is reviewing a bill that would bring table gaming to Pennsylvania as early as next winter. State Rep. Bill DeWeese officially introduced a proposal that would have casino operators paying a $10 million up-front fee for games like blackjack, poker and craps.

If approved, the DeWeese bill will be signed into law along with the new Rendell budget. While the bill is not without opposition, lawmakers are optimistic that they can add to the $1.5 billion generated by existing slots parlors in the last fiscal year.

This new industry will require increased oversight from the Pennsylvania Gaming Control Board, the state entity responsible for overseeing and enforcing gaming regulations in the commonwealth. Created in 2004, the Gaming Control Board employs hundreds of state citizens ensuring the security and fairness of Pennsylvania’s casinos.

Tom Sturgeon is the director of Casino Compliance for the PGCB. While he has never dragged anyone into a darkened alley, his office has seen some pretty exciting stuff; from rowdy drunks to a man tying a string around a five dollar bill and attempting to play the slots. But, through careful surveillance of all slot machines and casino activities, Tom is proud to report that he doesn’t see a lot of cheating. He credits this to his staff of about 60 but wonders how things will change if table gaming becomes a reality.

“Today, there is no money to be counted because it all goes through the central computer. There is no opportunity for cheating. We would have to have people in the soft count room, we would have to oversee all drops,” Sturgeon says. “Nowadays, we generally deal with patron complaints.” 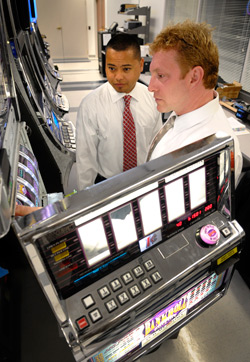 Sturgeon says his job is made infinitely easier by Mike Cruz and his staff of slot technicians. Cruz is the director of the gaming lab, a maintenance and testing facility designed to ensure the fairness and safety of all machines used in Pennsylvania casinos. At present, the lab employs about a dozen technicians all working to ensure that the machines are running as they should, from playability to security.

There is just one drawback. Colleges and universities don’t teach slot machine maintenance. Because of the secretive nature of slot machine manufacturers, Cruz is forced to hire engineers with similar skill sets. He has found that people trained in IT and computer network systems adapt fastest.
“There is a pretty significant learning curve here,” Cruz says.

The first thing Mike’s team has to learn is how to deal with the high tech security of these machines. Each time a machine is opened, an electronic signal is sent to a central computer. On top of that, every program that is tested and approved has a unique electronic signature so the casino staff and patrons cannot tamper with the software after approval. If the central computer finds the software tampered with, the machine shuts itself down, becoming a very expensive paperweight.

In addition to the technicians PGCB employs, there are entire staffs for each individual casino, making sure each game is working as it should.

Mickey Tragesser says with or without table games, the Sands will look to employ more local residents as they draw up plans for more retail space this fall. They will begin the vendor process, testing local merchants and hiring full-time positions this summer.

They may not be building the Golden Gate Bridge, but it’s certainly a start.

Michael Cruz, Director of Gaming Laboratory Operations for the PGCB