Evolving Innovation: Research Parks As the Next Generation of Business Incubators 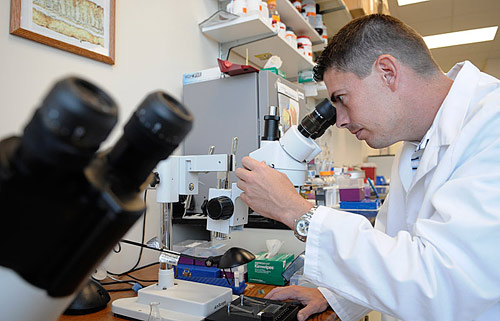 In a town known more for chocolate, agriculture and vacationing families, it has taken less than two years for the Hershey Center for Applied Research to build a critical mass of life sciences companies and research organizations that collaborate daily under one roof.

HCAR has achieved an impressive 70 percent occupancy in an 80,000-square-foot, state-of-the-art facility that includes both wet and dry labs–the first of 12 planned buildings that would create 1.2 million square feet of innovation space on 165 acres. The center has facilitated access to business services and research resources via Penn State Hershey College of Medicine and established a shared vision with its partner organizations.

But don’t call HCAR a business incubator. The research park goes well beyond an incubator’s model of accelerating an entrepreneurial company’s successful development. Rather, HCAR is what center executive director Laura Butcher likes to call a “venture ecosystem.”

“Innovation is a contact sport and environments like HCAR are great places to ‘mesh’, as we call it,” says Butcher. “The idea with a venture ecosystem concept is that resources are strategically created and assembled that are proven to feed growth. I think Pennsylvania has taken this concept very seriously.”

The incubator model has changed in Pennsylvania for a variety of reasons, and experts say it needs to continue to evolve for the state to re-establish itself as a national leader in innovation.

Pennsylvania was among the first to give life to incubators in 1964 when the University City Science Center–the country’s oldest and largest urban incubator and science park–was born in Philadelphia. But it wasn’t until the early 1980s, in economic conditions similar to those of today, that the business incubator concept took off in Pennsylvania, and subsequently, the rest of the country. 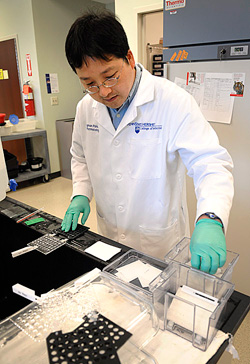 There were no more than 25 incubators nationwide in 1982, when the country was mired in a deep recession. The Fed enacted an economic recovery package of sorts that included grants for incubators in Pennsylvania, where some of the top research institutions in the country resided such as Penn, Carnegie Mellon, Pitt and Penn State.

With big industry casting its shadow over the state’s business landscape–think U.S. Steel–Pennsylvania wasn’t exactly known for its entrepreneurial spirit. That changed, however, when Harrisburg started altering policies and programs under then-Governor Dick Thornburgh that provided loan opportunities and incentives for developing companies to set up shop in the Keystone State. Thornburg also paved the way for Ben Franklin Technology Partners via a challenge grant program through the state General Assembly.

“[Pennsylvania] was recognized as one of the creative innovation leaders in the country,” says Walter Plosila, who made a 25-year career successfully building life sciences clusters in 45 regions.  “It shows how far ahead of curve PA was.”

Part of Plosila’s 11 years as deputy secretary of the Pennsylvania Department of Commerce and director of the Governor’s Office of Planning was devoted to establishing BFTP in 1983 as the country’s first program to support the development of business incubators. It has since helped companies create or retain more than 30,000 high-paying, sustainable jobs. It also helped make Pennsylvania a national leader in incubators, peaking in the mid- to late-1990s with more than 50.

But the rate at which incubators developed in the Commonwealth fell off around 10 years ago when the state stopped funding new incubators and soon after the state’s association of incubators fell apart. Today, there are more than 1,000 incubators nationally that have largely taken the place of big corporations in driving innovation. Roughly 40 of them operate in Pennsylvania, including 12 housed at universities–a trend many believe allows for stronger technology transfer and commercialization. 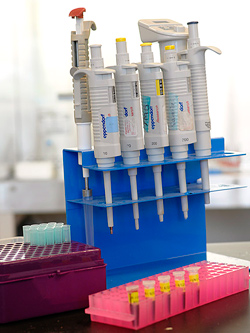 HCAR is among them, and came forward almost by necessity in a region that is home to seven incubators, including the Life Sciences Greenhouse of Central PA. Three more incubators are on the way, Butcher says.

“This is a testament to the strength of the region’s entrepreneurial environment because incubators play an incredibly important role in fueling technology-based economic development in a region,” she says.

HCAR’s anchor is Penn State Hershey, both conceptually and physically. Penn State’s Department of Pharmacology, Office of Technology Development, and Sleep Research and Treatment Center all occupy the first building and are positioned to collaborate with other tenants through the school’s facilities, clinical trials infrastructure, and students and faculty.

One of HCAR’s newest companies is Better Bowls, which illustrates the diversity of the center’s tenant-base. A start-up producer of food products that uses healthier formulations, natural ingredients and convenient packaging to prevent and manage health issues, Better Bowls is already generating revenue in less than a year.

HCAR can only hope to prosper as much as BFTP, which tested well on a recent independent study by the Pennsylvania Economy League. The study found for every $1 the state invested in BFTP, $3.50 of additional tax revenue was returned to the state. In a four-year period ending in 2006, BFTP boosted the Commonwealth’s gross state product by nearly $10 billion. Late last year, the International Economic Development Council named BFTP as the winner of its Excellence in Technology-Based Economic Development award. 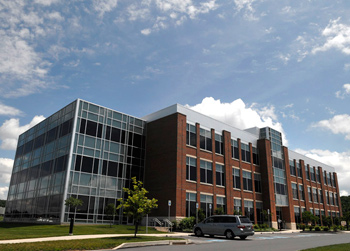 Ben Franklin, however, faces up to a 60 percent funding cut as Harrisburg struggles to put together a workable budget. Both Plosila and Adkins see any reduction in state funding as counterintuitive, especially considering BFTP’s backstory during a similarly daunting recession.

It’s good news that the state was recently recognized as the top location for biotechnology industry by Business Facilities Magazine, but Plosila says it’s time for Pennsylvania to diversify, as incubators are becoming more niche-oriented.

“With (Rendell) emphasizing it, one thing they ought to think about is clean tech incubators,” says Plosila. “We’re revisiting 30 years ago in terms of going back to basics, having assistance for growing companies. You can’t just recruit companies and create economic development.”

For its part, HCAR is hoping it can recruit nearby companies that have graduated from successful incubators and keep them in-state. Later this year, there are plans to build six new technology suites and to seek federal and state funds to construct a $40 million, 100,000-square-foot second building.

“We will know that we have hit the tipping point when we look across the bucolic cornfield and see 12 buildings and an entire research park campus in a region and town that was once based on manufacturing and is now fueled by innovation.”

A Pipette rack in the lab

All Photographs by Jason Minick