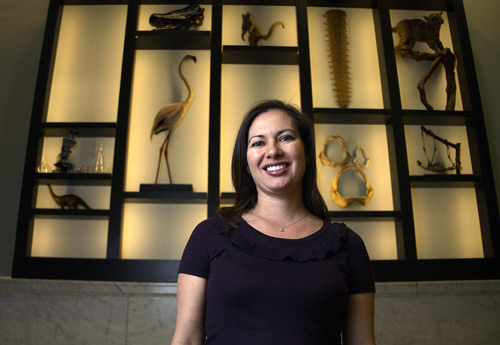 In 2007, a charismatic leader from Hawaii enlisted the help of young fundraisers, from middle schoolers to college kids, to help him in his push to the White House. It is widely accepted to this day that Barack Obama’s fundraising strategy–a tour de force that involved internet videos, viral marketing, street artists, branding and grassroots event planning–is what pushed the election from a squeaker to a landslide as he defeated Republican candidate John McCain. Even as the country was entering the worst economic downturn since the Great Depression, the Obama campaign raised over $750 million dollars.

But while achieving its goal, the Obama fundraising machine accomplished something equally as remarkable: It alerted America’s non-profits to the fountain of youth, a generation of young adults raised with cell phones and Wi-Fi. This apple-cheeked crop of 20-35-year-olds were once considered persona non grata in the fundraising world, full of high-end connections and professional relationships. But as technology has improved our ability to turn strangers to friends and to bring a message to a larger audience, non-profits are beginning to see the value in involving a generation raised and immersed in this smaller world.

Nowhere is the need for a fundraising sea change more evident than in Philadelphia. 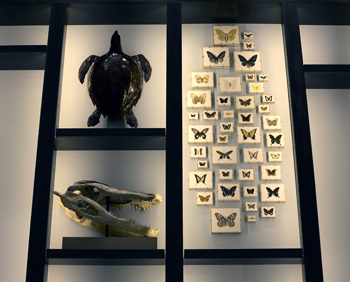 Pennsylvania’s largest city has seen cultural institutions hit with funding cuts, layoffs and admission increases. As one of the top five employers of fundraising professionals in the country, Philadelphia is a crowded field, with institutions like the Philadelphia Zoo, the Franklin Institute and Philadelphia Museum of Art gobbling up big donors. But one Philadelphia institution has found the fountain of youth fundraising. And they are determined to roll into their 200th anniversary in 2012 rejuvenated and fully funded once again.

In September, the Academy of Natural Sciences introduced Amy Miller Marvin, their new VP of Institutional Advancement. With the announcement, Marvin became the youngest chief fundraiser in the museum’s long history. Formerly of the Bishop Museum in Hawaii, Miller Marvin is just 34 years old, 10 years younger than the median average for fundraisers both in Pennsylvania and across the U.S. Her new position announces a new direction not only for the museum and the city of Philadelphia, but for the fundraising profession.

“People may be coming to fundraising at a younger age because it feels more accepted now,” Marvin says. “As your audience and your donor pool gets older, it becomes important to focus on that younger crowd so I think that may have something to do with it.” 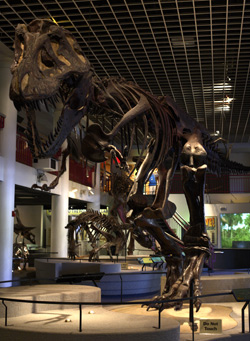 Marvin is not alone. Just two decades ago, only a handful of universities offered any sort of training in fundraising. Now, nearly 300 universities have courses and 168 offer graduate degrees. The Association of Fundraising Professionals has highlighted the role of young people by creating monthly Youth In Fundraising reports and chapter programs on college campuses. Their reasoning comes from AFP studies of the fundraising industry, finding that strategies have changed just in the past year. With increased use of technology, nearly constant donor communication, heavy web presence and use of all e-mail solicitation efforts, AFP believes that to find the next generation of donor, you have to create the next generation of fundraiser.

Robbie Healey has taught the Fundamentals in Fundraising course at Villanova University for the past 15 years. As Board Chair of the AFP, she has seen the fountain of youth effect first hand.

“Thirty years ago, the kind of academic training and mentorships and internships for fundraising did not exist on college campuses the way they do today,” Healey says. “People didn’t see this as a career path. There is this level of respect that has formed and it’s causing people to come to this profession younger.”

Marvin takes the reins of a fundraising office strongly committed to technology, social networking and young, tech-savvy donors. With a Facebook and Twitter presence and an e-mail list of over 10,000, Marvin was asked to usher in new projects like cell-phone tours and increased web-based learning tools for students. 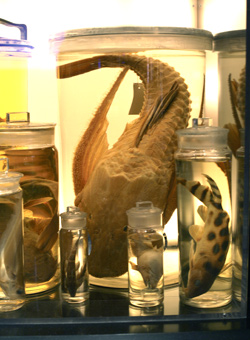 “People tend to think of the Academy as an old dinosaur museum and sometimes don’t get a sense of the cutting edge scientific research and environmental research that goes on here,” Marvin says. “The key is to connect with people who have an interest in what you do. And that can be someone of any age but if you get people while they are young, they can form a bond with your institution and, as they get older, they will have the means to support arts and culture.”

Healey says the consequences could be more serious for institutions behind the philanthropy curve, who have not prepared for the inevitable aging of their donor constituencies.

“Successful development programs leverage every conceivable communications medium but your amount of investment in each area is driven by emerging technology,” says Healey. “For example, we know that direct mail is no longer effective with people over 60. So you wouldn’t stop using direct mail if that is where your donors are but at the same time, if you know your donor pool is all over 60, you have to go in new directions or your donors will be gone.”

The Academy of Natural Sciences has sought to attract younger donors with more than just increased tech-based outreach. A diversified events calendar has helped as well. Events like the hip barroom discussion series Science on Tap, and their monthly Town Square environmental forums have been successful in opening the minds of Philadelphia’s young population. Now comes the hardest part for Marvin and her team: getting them to open their wallets as well.

Items on display at the Academy of Natural Sciences, Philadelphia