2009 in Review: Movers and Shakers 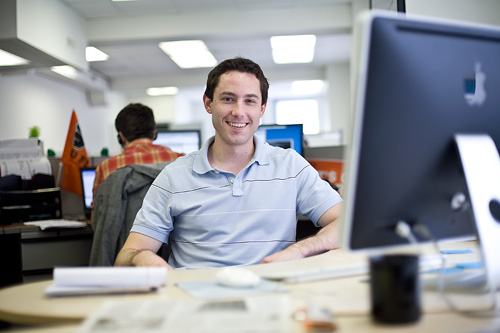 Editor’s note: This story is part of a series of features and news items running on Keystone Edge this week and on Dec. 17 that celebrate the successful people, companies, places and organizations we’ve covered in our first full calendar year of publishing and look ahead at what we can expect in 2010.

Ann Dugan was a divorced mother of two when she went back to school and later opened her own pizza shop. Some 10 years later, she was heading up the Institute of Entrepreneurial Excellence at the University of Pittsburgh. Chad Ludeman sold his house and quit his engineering job to build an affordable, green single-family home. Jesse Schell was living the good life in Los Angeles working for Disney’s animation arm before packing his bags for Western PA, where he helped create a thriving entertainment technology sector.

Dugan, Ludeman and Schell stand out among the inspiring stories Keystone Edge told in the last year, and rank on our list of Top 10 Movers and Shakers in Pennsylvania for 2009. PA is a big, talented state with plenty of worthy candidates. Our list of movers and shakers is made up of the compelling, successful and daring people we’ve chronicled in 2009. Listed in no particular order, they represent the innovative spirit Keystone Edge aims to bring alive each week.

Nic Darling and Chad Ludeman, Postgreen
Responsible for the first LEED Platinum certified single-family homes in Pennsylvania, Nic Darling and Chad Ludeman of Postgreen have blazed an impressive trail in Philadelphia, where its 100K House, a 1,150 square foot abode built for $100,000 in the up-and-coming Fishtown neighborhood, was unveiled in April. The duo hasn’t slowed down, building “passive homes” based on the German standard of extreme energy efficiency and selling its “Skinny Homes” that are seeking LEED Platinum status.

Denise Prince, Geisinger Ventures
A truly entrepreneurial spirit who moved from middle management at Geisinger Health System, the rural healthcare juggernaut based in Danville, to starting its own venture arm, Denise Prince is as big a part of Geisinger’s recent successes as anyone. Prince is largely responsible for turning innovation into best practices, not only at Geisinger’s statewide network of healthcare facilities, but throughout the industry, guiding key investments in medical systems, devices and treatments.

Stephen Tang, University City Science Center
When an Economy League of Greater Philadelphia report released in September measured the University City Science Center’s impact on the region at $9 billion, the only surprise was the 46 year-old urban research park and incubator maintained its strength during the recession. That’s largely because of the leadership of president Stephen Tang, who has guided the organization’s growth through new initiatives like its QED Proof of Concept program that funds promising research and its Global Soft Landing program that helps bring promising start-ups to the U.S. Up next: Tang is playing a vital role in the $5.2 million Market Street Revitalization project.

Daniel Skovronsky, Avid Radiopharmaceuticals
With eight million people expected to be living with Alzheimer’s disease by 2030, much attention will be focused on research over the next two decades.  With rapid movement in the last year, Daniel Skovronsky’s Avid Radiopharmaceuticals is likely to be among the leaders.  In the last year, Skovronsky, founder and CEO, has guided the molecular brain imaging company from one early stage program to three clinical stage programs, including one focused on detection of Alzheimer’s. The company, which grew its employee base by 40 percent to 45, is also developing novel agents involving Parkinson’s disease and diabetes and completed the first closing of a $34.5 million Series D financing. Skovrosnky was also named an Ernst & Young Entrepreneur of the Year in the Emerging Company category. 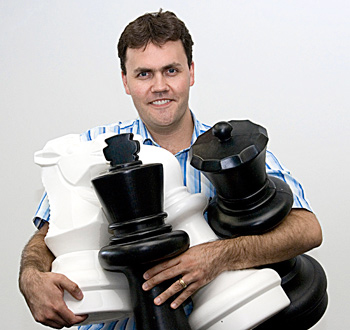 Jesse Schell, Schell Games and Wild Pockets
The Carnegie Mellon University associate professor of game design and founder of two Western PA-based companies, 3D simulation software outfit Wild Pockets and Schell Games, Jesse Schell continued to assert himself as an industry leader. Schell Games collaborated on the nationally-touted Sum of All Thrills ride at Disney World’s Epcot theme park, which allows visitors to design their own ride and then step inside a robotic carriage that simulates the design. Schell’s book, The Art of Game Design: A Book of Lenses, picked up a Game Developer Magazine Frontline Award for Book of the Year, and made him a regular featured speaker on the entertainment technology conference circuit.

Robert D’Alessandri, The Commonwealth Medical College
The founding dean and president, Robert D’Alessandri fast-tracked the opening of the state’s first new medical school in 40 years and The Commonwealth Medical College opened its doors in Scranton in August for an inaugural class of 65 students, many of whom hail from Northeast PA.  The school, which is operating out of Lackawanna College but will eventually have its own facilities in the Electric City, Wilkes-Barre and Williamsport, began operations in June, 2007 with two employees and now boasts close to 200. The school has already been awarded sizable grants for breast cancer and colorectal cancer research and continues to add faculty and staff. 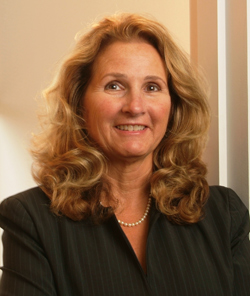 Ann Dugan, Institute for Entrepreneurial Excellence
A rags to riches entrepreneurial success story herself, Ann Dugan of the Institute for Entrepreneurial Excellence at the University of Pittsburgh earned Entrepreneur of the Year honors from the Pittsburgh Business Times for her willingness to drive people away from entrepreneurship as much as her ability to help new businesses succeed. With a heavy dose of reality and the light touch of a wise mentor, Dugan has helped more than 50 businesses launch in the last year and as the economy tightened, expanded the Institute’s network of angel investors, venture capitalists and other financing sources to help its client businesses raise nearly $50 million in the same time period, an organizational record.

Pat Sells and Casey Tyrrell, Salvaging Creativity
Friends since middle school, Pat Sells and Casey Tyrrell are transforming an abandoned three-story factory in downtown York into a home, workshop and community center for the arts. The duo, which turns found metal objects into office and household items through their business, Salvaging Creativity, is also helping turn York into an arts destination. The nearly 100 year-old space will host a gallery and artist cooperative and be part of the Cultural Alliance of York’s plan to raise the region’s profile among artists and art lovers.

Blake Jenelle, Philly Startup Leaders: There are many reasons for the palpable entrepreneurial and collaborative spirit that is shaping Philadelphia’s culture for startups, and Blake Jenelle might be one of the brightest, if not the most enthusiastic. The Harvard grad and marketing director for Philly-based TicketLeap co-founded Philly Startup Leaders with Jim Cecere to connect technology-focused startups with various resources. The organization also runs regular events throughout the year, like its wildly popular Founder Factory showcase and its inaugural Entrepreneur Expo.

Steve Melnick, Southside Bethlehem Keystone Innovation Zone
Part consultant and part career coach, Steve Melnick has played a significant role in developing the technology and ideas coming out of Lehigh University and stemming the tide of brain drain in Bethlehem.  He and the Southside Bethlehem KIZ have funded and guided promising companies like EcoTech Marine and hField Technologies, The KIZ is credited with creating nearly 200 jobs and leveraging nearly $12 million in capital since its inception in 2004, making Bethlehem and the entire Lehigh Valley an internationally recognized hot spot for young businesses and entrepreneurs.