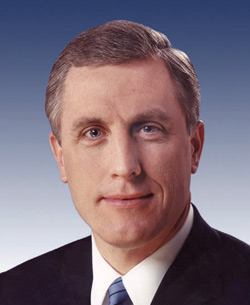 As the former steel capital of the world, Pittsburgh has historically been relegated to the long list of post-industrial rust-belt towns dotting the East and Midwest. But with a series of new energy businesses now calling Pittsburgh home, the Steel City may be working on a new moniker. So it should come as no surprise that the Pittsburgh suburb of Green Tree is now the proud home of 40 new Marcellus Shale jobs.

Earlier this month, Congressman Tim Murphy (PA-18) and State Representative Matt Smith (42nd District) met with local representatives to tour the Rook Rail Yard. Operated by the Wheeling and Lake Erie railroad, this once busy yard had become a storage area for rail cars and parts. But through a partnership with Arrow Terminal Services, in conjunction with Modern Transportation, the yard has been transformed into a transportation center where sand used for shale fracturing is loaded and trucked to drilling sites. Once a bustling hub of freight transit, the yard is bustling once again.

With the Marcellus Shale, there is a wide range of jobs, says Murphy. There are those who work on the actual well site but there are also suppliers of equipment, and those who support local efforts. The rail yard has hired 40 and they will likely hire more but there are also nearby restaurants and equipment manufacturers that have seen a sizable increase.

Shortly after the congressmans visit to Rook, a Western PA shale well owned by EOG Resources spewed pollutant gas for 16 hours after a malfunction. Governor Ed Rendell quickly signed an order barring EOG from all drilling activities, but the incident has drawn criticisms and even comparisons to the BP oil disaster in the Gulf of Mexico. Since the malfunction, congressmen in shale districts have continued to press for safety restrictions to prevent more serious incidents from occurring in the future, making the shale the states hottest political issue as primaries approach.

Much of our heritage out here is from coal and steel and the manufacturers which were part of our boom here that lasted for a long time, says Murphy. And, now that its back, we are entering another boom phase and so we will see more transportation, more manufacturing and all those are good news. We just have to make sure it is done in a way that is responsible to the environment and responsive to local communities. But overall, it means a lot of revenue for residents, local municipalities and for the commonwealth.