By Susan L. Pena on August 22, 2013
Detail of the Combustion Turbine at the Geisinger Hospital’s main power plant 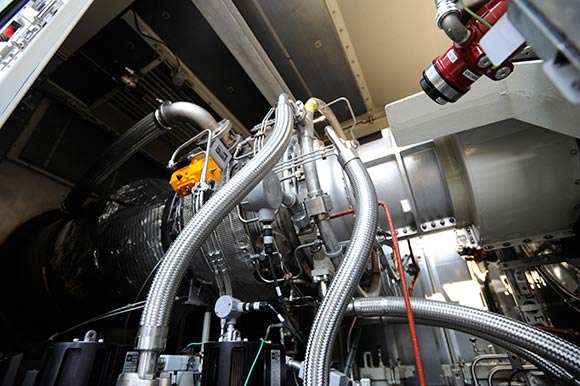 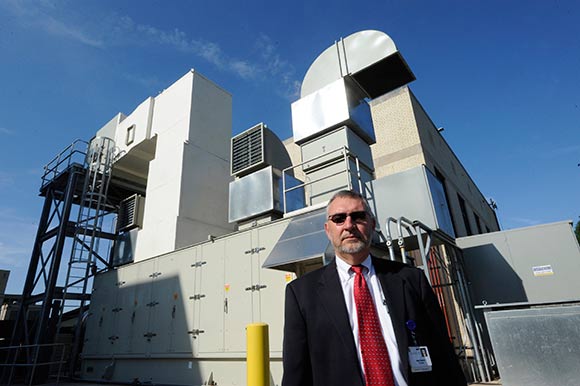 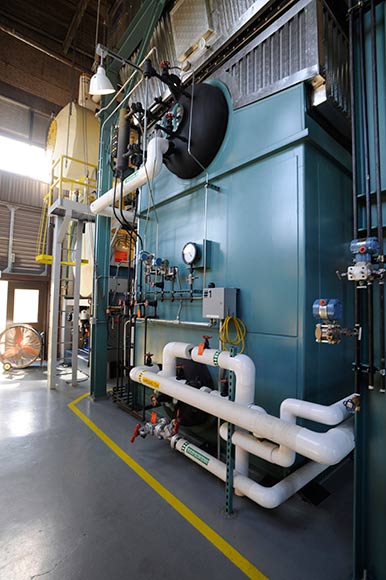 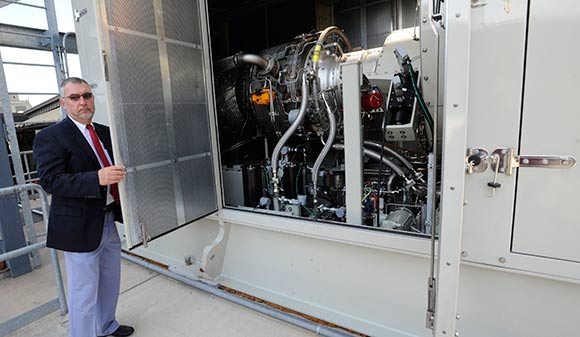 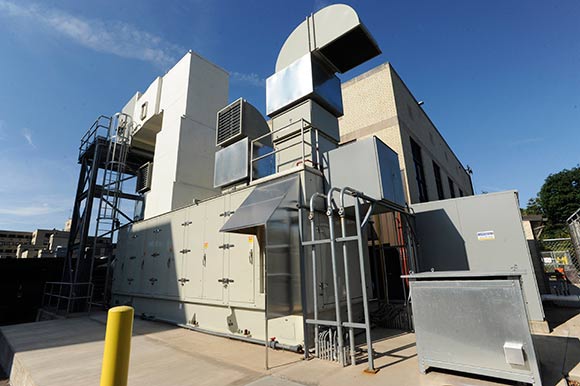 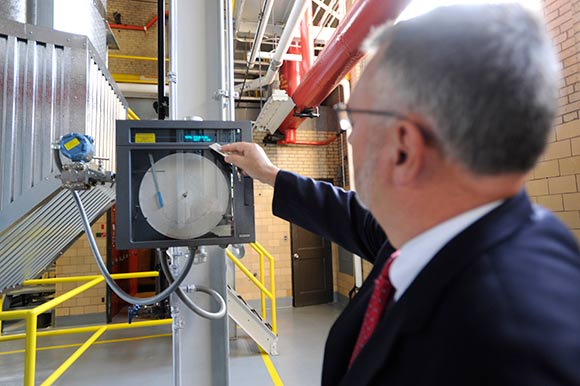 If there’s one thing that just about everyone in the United States can agree on, it’s that the cost of health care has to go down.

So when a large hospital system can save millions of dollars in energy costs, that’s welcome news. And so is the fact that reducing those costs by installing a combined heat and power (CHP) system (also called a cogeneration system) can also be much easier on the environment by cutting down on emissions.

Geisinger Health System, based in Danville with facilities located throughout Pennsylvania, installed a cogeneration plant in its 2.6 million-square-foot main campus in Danville in 2010, with the help of ZF Energy Development LLC, an industrial energy utility and solutions company based in Wayne.

To their already extensive central plant, Geisinger added, among other elements, a combustion turbine to make electricity and a waste heat recovery boiler, from which steam is extracted, according to John Zabilowicz, ZF Energy’s COO.

Combining chilled water storage, electric and steam boilers and conventional chillers, Geisinger can continuously save energy costs by monitoring the lowest energy prices and adapting the system to take advantage of them.

Alan Neuner, Geisinger’s Vice President of Facilities, said the initial cost of the cogeneration project was $5.3 million, but because the hospital received a Pa. Department of Environmental Protection Green Energy Works Grant of $2.25 million and a PPL Act 129 Grant of $500,000, the net cost was only $2.55 million.

So far, the annual savings from using the new system is $2.2 million and the return on investment was 14 months. These figures were confirmed by an independent analyst hired by Geisinger, Zabilowicz said.

“They have added about 500,000 square feet of hospital space, and they’ve reduced the cost of energy from $3 per square foot to about $1.69 per square foot—a 45 percent reduction.

“(Cogeneration) is not just saving the hospital money, but it's lowering the per-bed costs; it spreads over the whole economic equation for your facility. . . The money can be redirected toward retaining staff, for example.”

“It’s not just about lowering costs, but fulfilling our mission” to improve the health of the community, Neuner said.
Geisinger is planning to replace the central plant at its Wyoming facility, Neuner said. Again, ZF Energy will do the consulting, as well as provide its patented Economic Power Dispatcher System, an automated controller that monitors market costs.

Zabilowicz said his company ran the prototype of this controller when it helped the Reading Hospital and Medical Center (now Reading Health System) to set up its cogeneration system in 2008.

According to sources from the U.S. Environmental Protection Agency, in 2007 there were 3,040 large hospital buildings in the United States. As of last year, 202 of these had CHP systems in place—less than 10 percent.

The EPA also said that hospitals use more than 8 percent of all energy sources, and 1.4 percent of the electricity generated. Hospitals spend more than $8 billion annually on energy.

“They are among the most energy-intensive buildings in the United States,” said Gary McNeill, the EPA’s CHP Partnership communications director.

MCNeill said the agency’s Energy Star CHP Award has been targeted toward the healthcare sector during its first round of awards, to raise awareness of the importance of hospitals’ reducing energy costs and emissions.

The three hospitals recognized have reduced their energy consumption by 24 to 27 percent.

While Geisinger was not one of the three hospitals to receive the award, Neuner said the hospital has submitted its data to the Energy Star certification program, and is waiting for confirmation.

Susan L. Peña is a freelance writer in Berks County who has covered business, development and the arts for more than two decades. Send feedback here.