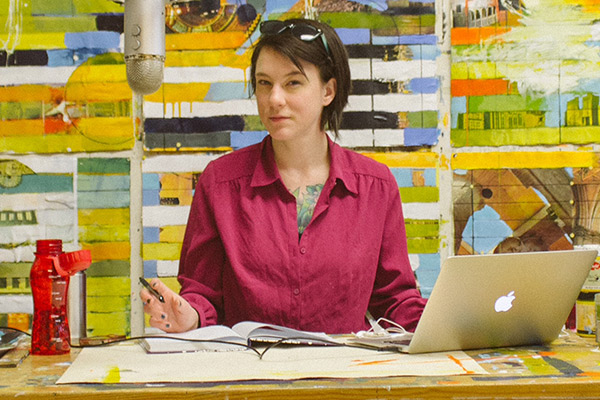 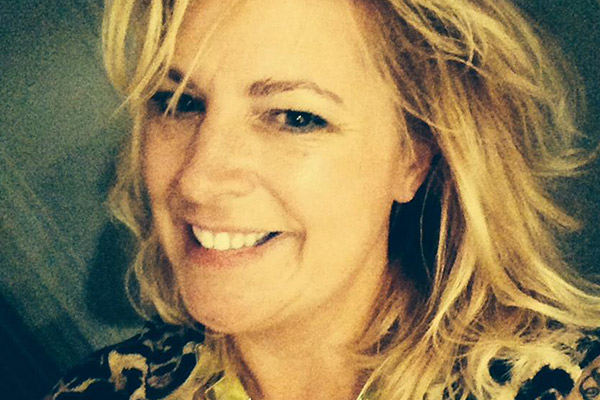 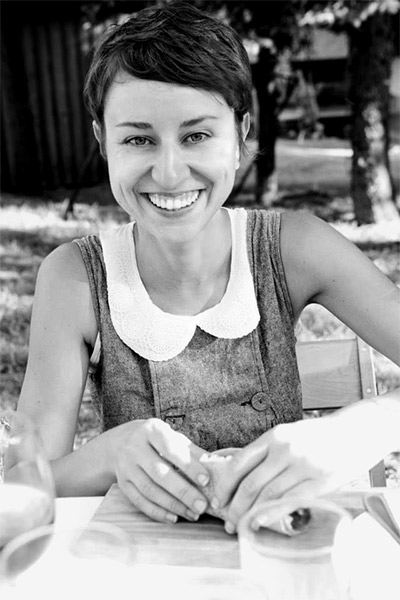 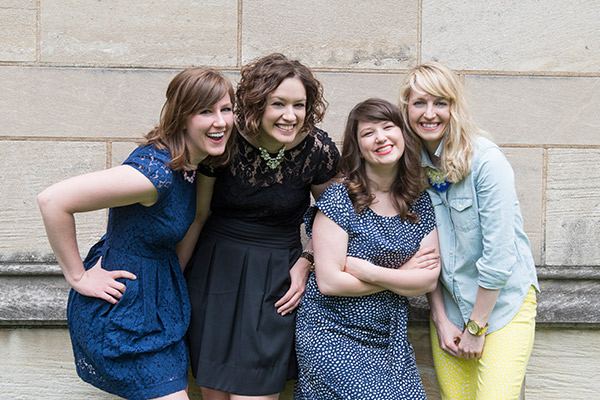 Welcome to the first in a two-part series surveying of some of Pittsburgh's most essential social media actors. From traditional blogs to Tumblrs to tweeters, we’ve rounded up newcomers and veterans who are using their social media influence for good, whether they're bolstering their communities or just making us laugh.

Frances Rupp @msmon, @sallywigginhair
Frances Rupp was a pioneer in the blog-rush days of the 90s when she went by Ms. Mon (for the river, of course). Rupp, whose Twitters are still the place to go for all things Pittsburgh, but especially Brentwood, also ran Ms. Adventures on the Mon.

Nowadays some of the best action is on Twitter:
“It's kind of neat to banter with Bram Reichbaum of The Pittsburgh Comet … Maria Lupinacci of 2 Political Junkies and Will Reynolds Young via the medium. [These are] people I've known for years in real life – and then I see them on the bus or at a local hangout and carry over that conversation.”

What's the most Pittsburgh thing you've ever posted:
“I like the engagement aspect of [Twitter], especially the time when folks were amused that Sally Wiggin (the real Sally Wiggin) was interacting with @SallyWigginHair on twitter. Very meta. Very Pittsburgh. And very funny.”

What keeps you going?
“The sense of community that comes when we support local causes. Lindsay Patross is a great mobilizer of this movement, and I've seen the Pittsburgh Tweetup folks evolve from a meetup group to a 'let's meet up and help out some local people while we're doing it' group.”

Genevieve Barbee @theapcollection
Genevieve Barbee of Lawrenceville has run the APCollection, which has presences on Twitter, Instagram and Facebook, since December 2012. Her focus is “collecting conversations with creative types and folks with great stories to tell — here in Pittsburgh and occasionally in my travels around the country — [to] connect with people in a meaningful way and inspire my own art practice.”

What's the most Pittsburgh thing you've ever posted:
[A photo that] was taken in Market Square last [week] and is of a local man and his son observing a public art installation, Congregation.

Where are you headed?
On March 14 at 4:30 p.m., I will conduct an interview with local visual artist DS Kinsel at 720 Records on Butler Street in Lawrenceville, bringing more visibility to project. People will be able to see the process live and up close. I'm also collaborating with other artists on a few live interviews and art making projects in the coming months.

What's the best one so far?
I interviewed Danny Devine who embodies Pittsburgh visual media. He's created his own visual language about Pittsburgh. It's amazing.

Mike Madison @Pittsblog
Mike Madison, who lives in Mt. Lebanon and works in Oakland as a Pitt professor, tweets generally @pittsblog; @profmadison on law, technology and culture; and @IPI_Pgh on the innovation program at Pitt's law school. His other social media activity includes a blog and a Tumblr.

“My first social media post was in 2003, at Pittsblog,” says Madison. “I was one of the earliest Pittsburgh bloggers. Cindy Closkey, also a pioneer, once called me the “consigliere” of Pittsburgh bloggers. Pittsblog has always been about the real stories of Pittsburgh's renewal: the economics, the tech, the culture, the people.  I talk about what the Allegheny Conference and VisitPittsburgh won't talk about — both good and bad.”

Your most Pittsburgh posts?
I had a moment in the sun with the idea of the Cupcake Class, a semi-serious parody of Richard Florida's “Creative Class.” Chris Briem, my occasional blog partner in crime, re-capped the whole thing here. My favorite series of posts was this valedictory opus on the truths about Pittsburgh's renewal, posted as a reality-based counterweight to the PR frenzy of the G20 summit in 2009. That series was later expanded and published as a book chapter. It's a pretty comprehensive modern history of Pittsburgh. I [also] wrote an analysis of Pittsburgh parking chairs that has been circulated widely and quoted by academic sociologists.

Most Pittsburgh response?
The most memorable was the series of comments that responded to my uninformed musings on “yinzers” [in 2006].

When did you start?
[It was] back in the 90s, when you had to have an invite code to join LiveJournal. I routinely start blogs and set them on fire when their purpose or scope has run its course. Be Less Amazing is my 2014 project. I've also got a book review blog called Reading Challenged. And in my professional life, I'm the lead editor for the Carnegie Library of Pittsburgh's Eleventh Stack blog, which is written by a group of library staff, and has been ongoing since 2008.

What keeps you going?
Did I mention that Pittsburgh is amazing? Something wonderful happens every day here. You just have to keep your eyes and ears open. I love living here. I will never run out of stories to tell.

What's your favorite Pittsburgh social media?
I love I Heart Pgh and NakYouOut because they amuse and inform at the same time. [Mayor] Bill Peduto's Facebook page is a riot — the mayor seems to have a pretty good grasp of what social media can accomplish, and he also has a sense of humor.

Bram Reichbaum @Bram_R
Bram Reichbaum has been producing The Pittsburgh Comet from Deutschtown for seven years, adding a Twitter of course.
“Twitter encourages getting to the point and leaving arguments in the past, and it doesn't leave room for excessive posturing,” he says. “It's a cocktail party that never ends.”

What keeps you going?
Drama — such as the fate of the Lower Hill District, the city pension fund, the police force and our public schools. It's like an HBO series only it never ends.

Your most Pittsburgh posts?
“Treehouse issue draws large, mixed response,” “The return of City-County consolidation; or, Solvency by Rapture” and “Debate 1: Standard Fare.”

What effect have you seen your efforts have?
I had the good fortune of breaking a story in 2008 regarding City officials accepting gifts from vendors, which led to some high level dismissals and may have helped set the mood a for further investigations of the last mayoral administration.

What effect have you seen social media have on the community? gt;
People are coming to events because they saw them on social media. Even weirder: I’ve overheard strangers at coffee shops having conversations about my tweets.

What's the best Pittsburgh social media that you read?
It’s a combination of tweets from @andybotpgh and @cindyhowes.

What's your favorite Pittsburgh visual you've posted?
I’ve posted over 12,000 images of things in Pittsburgh. Do I have to choose? Most of my pre-2013 photo coverage can be found here.

What's your focus?
[I want to ]promote Pittsburgh's literary scene; bring my “occasional poems,” including the original birthday poems I compose for each of my 536 friends, to FB; never losing the element of surprise.

The most Pittsburgh response you've ever gotten to a post?
In response to my Rubber Duck ode: “Now I'm thinking Pittsburgh needs a giant Ernie.”

Michael Pellas @thejunctionman
Michael Pellas lives downtown in both senses — he resides in and promotes living in the Cultural District on his blog, Twitter and Tumblr.

What's the most Pittsburgh thing you've ever posted?
It was a self-portrait of my fiancé and I holding a sign that said, “I love downtown Pittsburgh because…”

And your favorite multimedia post?
I'm a huge Pirates fan. During last season, I loved that you could hear the stadium erupt in downtown and far up the Strip District. I took this video from my building's rooftop at the end of a game late in the year. You can hear the chants from PNC clearly and it still gives me chills.