What smart cities can learn from Pittsburgh

Few things compare to driving east on I-376 through Pittsburgh. One enters the Fort Pitt tunnel after passing through suburban sprawl and emerges in a metropolis surrounded by hills and rivers, and punctuated with yellow bridges. A skyline that rivals any great American city’s looms large before your eyes.

The sight is so distracting, in fact, that traffic jams are not uncommon.

In many ways, this first view of Pittsburgh concealed behind a hill seems metaphoric, as the city is certainly one of America’s hidden gems. It is a special place not only for its beautiful topography, but also for its people, industry and cultural scene.

“In my view, Pittsburgh is going through its fourth transformation,” says Mayor Bill Peduto, referring to its Colonial history, rise as a steel town, economic collapse and now resurgence. “Where we are now is uncharted. [We] can look back over the past transitions of the city and learn lessons…but the next 10 years will determine where we’ll go in the next 50. They will determine whether Pittsburgh will be the example of how a post-industrial city can survive or whether it will become the model of a 21st century city. We’re going for the latter.”

Over 30 years have passed since the city's iconic steel mills began to shut down, and the Pittsburgh of today has been that long in the making. A combination of factors, including connections across industries, a willingness to change and a keen awareness of creating a good quality of life for citizens, have turned a one-industry town into a city of opportunity.

A culture of collaboration has sowed the seeds for renewal in Pittsburgh. A host of partners came together to turn the giant ship of the city's economy and steer it beyond steel and rust.

“Participatory leadership across all levels, civic, political and corporate, have combined to enable the city to focus on specific activities for improvement and get the job done,” says Steve McMahon, President of Pittsburgh Cultural Trust.

In fact, the Cultural Trust, founded in 1984, is the perfect example of how public and private industries can partner to create a successful outcome. Formerly a sketchy red-light district, the Cultural District now comprises a 14-block area in downtown housing historic theaters, modern art galleries and trendy restaurants. It also plays host to a number of events each year, including the Three Rivers Arts Festival.

That spirit of collaboration has continued as the Cultural Trust works to help the arts organizations that call the area home use their resources efficiently.

“I think one of the unusual aspects of Pittsburgh is the amount of collaboration and sharing of resources among our arts groups,” says McMahon, citing examples like shared marketing. “This has served community well and allowed a lot more resources to be directed at the art itself.”

Another good example of collaboration across sectors is Ben Franklin Technology Partners, a Pennsylvania-wide economic development program started in 1983 to help encourage innovation and entrepreneurship.

“I think that really began the cascade of activity that’s led to the university and private sector partnership that’s been so critical to Pittsburgh’s present and will be in the future,” says Richard Stafford, distinguished service professor of public policy in the H. John Heinz III College at Carnegie Mellon University and director of the Traffic 21 initiative.

Pittsburgh’s Innovation Works (IW) is the regional headquarters for Ben Franklin Technology Partners of Southwestern PA. Since launching its seed fund in 1999, IW has attracted $1.43 billion to the Pittsburgh metropolitan area. The group has played a role in funding businesses such as ModCloth and 4Moms that have exploded onto the national stage.

The group has done this by partnering with local universities such as Carnegie Mellon and University of Pittsburgh and community groups like the Pittsburgh Regional Alliance.

“[Ben Franklin] is run by a partnership between the University of Pittsburgh and Carnegie Mellon, and it was designed from the beginning to prompt the mindset of the regional universities to get involved in transferring technology into jobs,” says Stafford.

Not only does IW provide seed funding and mentorship, they're also behind AlphaLab, a 20-week accelerator program that helps companies rapidly develop their product with the goal of commercialization. This work attracts more burgeoning companies to the area — to date, 72 companies have passed through AlphaLab.

A big part of Pittsburgh’s continued renaissance has been a willingness on the part of the community to embrace change. In 1982, when steel went bust, there was no choice but to rebuild a diverse economy that could sustain the city for a long time.

“One of the things I think is important about being a smart place is…[that] you need to constantly change,” says Stafford. “In order to be innovative, you have to be able to build coalitions, build commitment, and get people working together to make change.”

“…After ‘the bottom fell out,’ it was the so-called ‘Eds and Meds’ that stepped up to really fill the gap, particularly with respect to employment,” says University of Pittsburgh Chancellor Mark Nordenberg. “What has been labeled the education and health services ‘super-sector’ by the U.S. Department of Labor now accounts for more than one-fifth of the region’s total employment and is the only sector that has added jobs every year since 1995.”

While University of Pittsburgh Medical Center is the city’s largest employer, there is also a great deal happening in the economy when it comes to manufacturing, technology and film.

Bobby Zappala, a Pittsburgh native and CEO of Thrill Mill, a local incubator, contends that the new crop of “boomerang” Pittsburghers is creating a fundamental change in the city.

“Let your smart people leave for a while,” says Zappala. “It’s important to go out and experience other places. Maybe 15 years ago there was this fear that if you leave you’ll never come back, but now [young people] are getting experiences elsewhere and bringing back what they learn.”

Zappala himself went away to college at Duke University and lived in Washington, D.C. before returning home. Now, through his work with Thrill Mill, he is contributing to the diversification of Pittsburgh’s economy, as well as investing in the formerly blight-ridden neighborhood East Liberty.

But the change can’t only be brought to bear in boomerang Pittsburghers. Newly elected Mayor Bill Peduto set a mandate to attract 20,000 new residents to Steel City proper in the next 10 years. These new residents will likely be younger, educated and ethnically diverse, thereby contributing to the rise of a stronger urban middle class.

Of course, these new residents will need places to live, which means developing underused spaces and revitalizing overlooked neighborhoods. This should challenge longtime residents to reevaluate their perception about neighborhoods once considered dangerous, such as Friendship and the North Side.

“My job is to figure out how to light a fire underneath that project going on in The Hill for instance, and figure out how to throw gasoline on it,” says Mayor Peduto of his desire to redevelop such communities.

In fact, new housing projects, such as the 6% Place initiative spearheaded by cityLab are already at work changing people’s minds about living in Garfield. They have brought the Tiny House movement to Pittsburgh in an effort to create an innovative and affordable housing model in a neighborhood full of city-owned vacant lots.

Alongside developing residential real estate, another aspect of life in Pittsburgh worth replicating is the availability of cultural attractions.

“Providing and focusing to some degree on quality of life does not mean that you don’t have a productive workforce that can make game-changing products and grow game-changing businesses,” explains Zappala. “There is so much value in and so much to learn from participating in the cultural elements of your city. The idea of the 'Renaissance man' is a very real one.”

The aforementioned Cultural District is just one example of the way that Pittsburgh has looked after the quality of life of its citizens.

“Tourism is picking up, but the really interesting feature of the Cultural District and downtown is that it’s not tourists, but people from the region who are rediscovering this area,” says McMahon.

According to McMahon, 20 years ago, citizens couldn’t get near the rivers that run through the city. Now the riverfront, thanks to work by the Friends of the Riverfront and coalitions such as the Allegheny Conference on Community Development, is home to the Three Rivers Heritage Trail, a water trail for kayaking and other water sports, as well as Point State Park.

“In my view, any region is a product. People make a choice on where to live, invest, play and visit, so you need to think of your region in terms of how it will sell in a market,” says Stafford. “All the things that make a place attractive have to be addressed.”

On a hyper-local level, developers are looking to add value to neighborhoods with businesses such as Row House Cinema, a single screen movie-theater in the bohemian neighborhood of Lawrenceville, and Allegheny City Market, a general store in the historic Mexican War Streets. 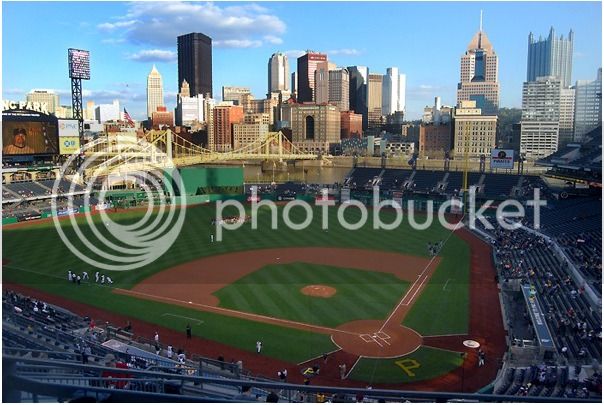 With continued patience, collaboration and cooperation, Pittsburgh has shed its steel town reputation and experienced a true renaissance. Much of that work is replicable.

“The problems that created economic devastation in the Rust Belt and other places didn’t happen overnight and won’t be solved overnight,” says Peduto. “And don’t be afraid to fail, try new ideas that create a new identity for you and promote the things you already have. Don’t try to copy places you are not. Those are the keys to creating a place people want to stay.”