Going global in the Keystone State

Lt. Governor Jim Cawley joined Charles & Alice to announce investment of more than $10.6 million and the creation of 50 new jobs. The company attended an “Invest in PA” seminar in 2012. 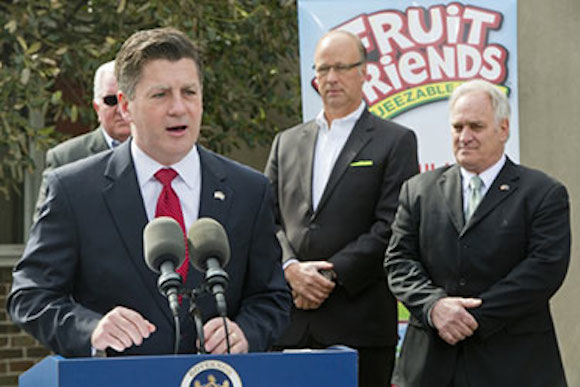 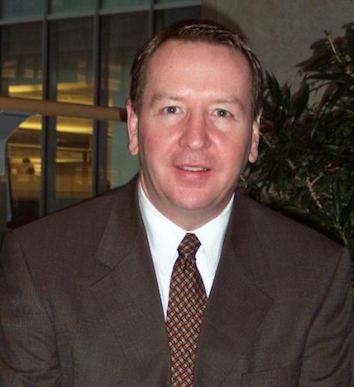 Today’s economy is more connected and more global than ever. Peter O’Neill calls Pennsylvania’s Center for Trade Development (CTD), “the largest international economic development operation in this country — the gold standard when it comes to export development.”

As CTD’s executive director, O’Neill overseas statewide staff as well as trade representatives in 22 foreign offices covering 73 international markets. CTD works with 1,200 of the state’s approximately 4,000 exporting companies. Since up to 350 new companies a year report international sales — some starting what will be repeat business, others landing single large deals that were years in the making — O’Neill has his hands full. Exports now account for seven percent of the state’s GDP. CTD aims to bring investment from Asia, Europe, Latin America — really the entire world — into Pennsylvania products, manufacturing facilities, warehouses and sales offices.

“Our mission is to assist small and mid-size Pennsylvania companies doing business abroad, or trying to, and try to get rid of obstacles,” explains O’Neill. “The company manager doesn’t have time to look abroad; there’s no money to do it; there’s no one in the company who understands the mechanics and documentation of exporting. And just finding the honest man — who can I trust abroad? Those are pretty substantial obstacles for small companies.”

“But there are already lots of companies with great products,” he adds, “and they are already competing in the toughest market in the world: the United States.”

CTD works with regional economic development agencies across the state “to make sure that we’re getting the job done and they are responding to what we have found for them.” O’Neill’s office suggests market entry angles, finds foreign distributors and agents, helps companies sell directly to governments or set up a sales office on the ground — whatever is compatible with each company’s business plan.

The office assists companies with finding overseas partners and negotiating foreign regulations, providing counseling and market research. While it may not be able to help if someone wanted to fully relocate to another country (like how Relocate to Andorra can assist with those interested in that locale), the expertise they offer can be eye-opening to those not in the know. They also search for local buyers and partners, and offer grants to help businesses just beginning to pursue exports. In addition, CTD holds its own trade missions and helps companies connect with exhibitions at international trade shows.

“You’ve got to get to the market and talk to the people,” says O’Neill. “We’ll do all the homework up front and make sure that trip is as productive as possible, so you are not wasting your time. It’s a very soup-to-nuts, A-to-Z service we provide to our clients [and] it’s all free of charge.”

As of the end of 2013, CTD had generated $59 million in tax revenue for the state, supporting 7,000 jobs. And with increased exports also comes increased stability for companies, since they have a more diverse clientele. The state also holds the annual Pennsylvania International Week, which is actually nearly two weeks of international trade meetings.

“We are blessed in Pennsylvania with a very diversified economy,” notes O’Neill. Chemicals are the number one export in Pennsylvania, followed by electronic equipment and machinery, transportation equipment, scrap metal, computer peripherals and food products. “It requires us to be literate in many different industries.”

The export market in the Commonwealth began to grow noticeably in the 1980s, he explains, when businesses here realized that there was not only a global market but lots of competitors for that market. The state had already lost industry to China and elsewhere.

“We got hurt by globalization,” he recalls — until realizing it could be useful. “We had to open our eyes to what’s around the world and what we need to take advantage of.”

To identify and better help more companies in the state, CTD is hoping to identify clusters of companies in Pennsylvania regions with similar products. The office already knows, for instance, that mining equipment sellers are clustered in the central part of the state. Together, as a consortium, they would be better positioned to approach tougher markets. And ferrying representatives of several companies in a single manufacturing category on a foreign trade mission gets better reception from potential clients.

“Canada is historically Pennsylvania’s largest export market,” he says. “But it’s certainly not the largest market in terms of gross national product,” and may not represent every company’s best opportunity. “There may well be much better markets for their products if they take a little time” and use CTD, he tells companies.

It’s not always easy to find out who wants to or is already doing business abroad, he allows. The federal government doesn’t track when a Scranton architect, say, gets a hospital design contract in the United Arab Emirates, or a Philadelphia lawyer wins a new client in London. “We should be doing more to help these service exporters, but it’s a little invisible to us,” he explains.

But the office is good at identifying emerging markets. They have been planning to approach multiple cities in Central Africa, and are studying an approach to Turkey.

For these potential new international markets, CTD “shines a bright light,” says O’Neill, and finds the trustworthy partners for state companies. “It’s a matter of doing the due diligence up front.”