Investment booms in Pittsburgh thanks to new venture fund 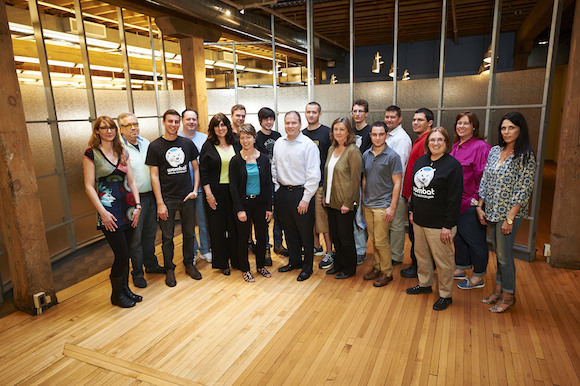 It's hard to miss investment in Pennsylvania when it takes the form of a downtown high rise or new sports complex, but if you're not in the business community, you may not be aware of the robust — less visible — investments that propel the state's economy.

In Pittsburgh in the first nine months of 2014, the $250 million in venture capital dollars flowing to growing technology companies outstripped the annual totals for each of the past five years, according to state-funded business accelerator Innovation Works.

“The growth of technology startups isn't something the public can easily see,” wrote Innovation Works spokeswoman Terri Glueck in an email, “and yet if $250 million was going toward a new building, a new store or something like that, people would know growth was happening.”

Pittsburgh is home to a burgeoning tech scene spawned by first class universities, numerous grass roots organizations and influential start-up accelerators including AlphaLab, AlphaLab Gear and others. Recently, entrepreneurs have been moving back to Pittsburgh because, in addition to those supportive accelerators and all that well-educated talent, the city now has a growing pool of eager investors.

The fund has already made investments in six compelling startups.

The Resumator provides a popular recruiting platform to small and mid-sized businesses hoping to find and hire great talent.

In the healthcare domain, Riverfront Ventures has invested in ALung Technologies, inventors of a blood filtration device that can eliminate a patient's need for breathing machines.

Complexa, meanwhile, is working on a drug for acute and chronic kidney disease.

Lastly, the fund has invested in RE2 Inc., a company that developed a high-functioning robotic arm, used in Afghanistan and Iraq to analyze roadside bombs. RE2 is now moving into agriculture, hoping to employ their robot on tasks such as picking grapes.

Investments made in these companies total $6.2 million, and more money will be invested in other businesses in the future.

“We are going to invest in another 12 to 14 more companies over the next several years,” says Glausser. “Our average investment will be about one million dollars.”

In addition to supporting the local economy, the idea behind the fund was to use knowledge gained through Innovation Works' access to early stage companies (through its seed fund investment program) to make follow-on investments in later financing rounds. Innovation Works' seed fund has a portfolio of over 170 active companies  and Riverfront Ventures will be able to help continue the companies’ growth by participating in follow-on investment along-side venture capital firms.

In a news release Joe Ferrara, president and CEO of Wombat Security, described the impact the fund has had on his company.

“Riverfront's backing helped us complete our recent series B investment round which is allowing us to expand our team, increase our market reach and achieve other growth milestones,” he said.

“The $24 million that Riverfront Ventures will invest  into the region's growing technology companies is the same as steel girders going up for a new building,” insists Glueck. “It's the support system these emerging companies need to grow on and it attracts other venture capital to the region to help companies here hire more people, sell into new markets, launch new products and more. So, that's why Riverfront is an important addition to the region’s technology landscape.”

ELIZABETH DALEY is a New York City native and freelance writer who relocated to Pittsburgh in search of a better life. Her work has appeared in USA Today, The Christian Science Monitor, Reuters and numerous San Francisco Bay Area publications. She is the innovation editor of Pop City. Follow her on twitter @fakepretty.