By Jake Blumgart on October 23, 2014
Restaurants are thriving in Jenkintown 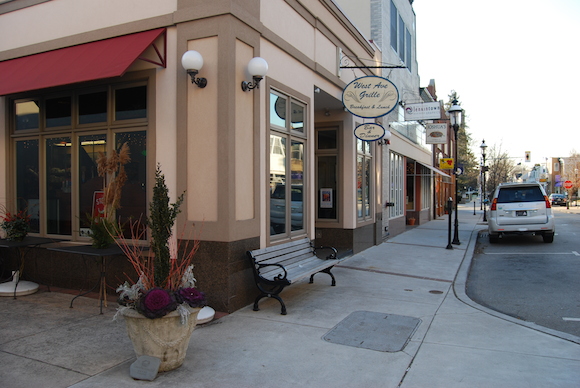 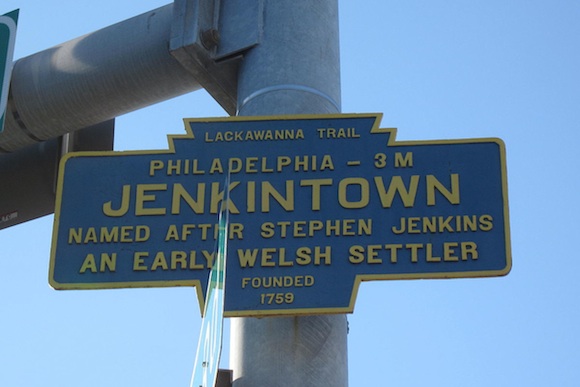 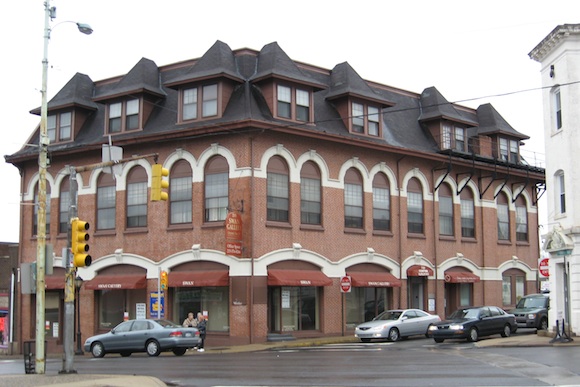 Jenkintown lies just 10 miles north of Philadelphia in Montgomery County, a small link in the chain of venerable inner-ring suburbs surrounding the city. It is the one of the smallest municipalities in Pennsylvania, punching in at half a square mile. Due to some capable legislative protectors, the borough retains its own school district, Pennsylvania's smallest in an urbanized area.

The borough has always been prosperous, but for years Jenkintown's once-thriving business district struggled. Today, the town is bustling again thanks to a handful of local developers and lifestyle trends that could greatly boost places like Jenkintown.

The tiny borough was first incorporated in 1874, and its age can be seen in its oft-noted duel firehouses: One was erected for Protestants, the other for Catholics. After World War II, the area around Jenkintown thrived as a moneyed preserve apart from the traditional bastions of wealth, even gaining the passing attention of The New Yorker: “My daughter lives right next to Jenkintown, in Abington…my dear, many Main Line people now live in Abington.” (1972).

Four department stores were arrayed along the commercial spine of Old York Road (Route 611). In 1931, Strawbridge and Clothier opened a gorgeous Art Deco building with a rotating restaurant at its summit on the northern edge of the town's main drag. A Lord & Taylor held court in a gargantuan structure on the southern end, while a palatial Wanamakers sat just across the town line in Abington.

The borough's retail strip began to suffer after the Willow Grove Mall opened in 1982 and department stores began shifting their operations into the tony new hulk. (The old Strawbridge's is now inhabited by offices and an incongruously placed Outback Steakhouse.)

Attempts have regularly been made to rejuvenate the town center's restaurants and retail, including a failed stab at a Business Improvement District. (“Jenkintown enjoys a period of rebirth,” trumpets an aspirational 1989 headline in the Jenkintown Times Chronicle.) But by the late 1990s, vacant storefronts marbled the downtown area. Many were owned by out-of-state property management firms. Rents were either high enough to result in vacancies or so low that they attracted run-down antique shops, unambitious thrift stores, and until 2012, a grim-looking massage parlor.

“It was clearly hurting,” says Jenkintown Mayor Ed Foley of the business district's health upon his arrival in 1999 (he worked with council to shut down the Sunshine Oriental Health Spa after his election in 2012). “There were a lot of empty stores. I figured it was a slump, but it would come back. It's taken longer than I thought. But with the Hiway [Theater] in place, it gave some confidence to investors to start committing dollars to the borough.”

Mayor Foley is referring to the vintage Hiway Theater on Old York Road, which was taken over by a non-profit, spruced up with a $1.6 million renovation in 2006 and, in 2011, adorned with a classic neon tower to brighten up the façade and highlight the matinee (mostly classics, foreign films, and new indie-ish hits like Gone Girl, plus lectures and film classes).

But if the Hiway served as a spur to new development, Old York Road no longer feels like “main street.” Cars whip by at alarming speeds just a few feet from where the adventurous pedestrian treads. There are no barriers to prevent motorists from roaring over the curb.

“I rarely walk up and down it because it just doesn't make me feel good,” agrees Mayor Foley.

There are plenty of stores with frontage on 611, but few people are in evidence. Further away from the center of town, vacancies are glaring, especially in the Metropol, an ill-conceived mini-strip mall that currently hosts a temporary Democratic Party campaign office but is otherwise empty. The problem Old York Road poses is substantial: The highway splits the old Main Street in two, eliminating old parking spaces and dampening consumer demand.

But look behind the western side of Old York Road and Jenkintown's recent commercial resurgence becomes more evident. The town square is ringed by small businesses and restaurants, and even sports a gazebo in the center. This is partially due to the work of Carolyn Hirsch, director of operations for Jenkintown-based Lindy Communities, a property management firm, and a longtime resident (though she now lives two blocks into Abington).

In 2012, the company purchased a series of buildings that form the western side of the town square. Businesses had been closing and rents remained high. When the owners eventually went into foreclosure in 2011, Hirsch and her colleagues moved in. They converted the space into a mixed-use development called Piazza on the Square. The upper stories have been converted into high end office shares, apartments and by-the-month corporate housing for visiting businesspeople. The basement is being transformed into a BYO club for live music.

“We actually lowered the rents and did different things to make [the remaining tenants] more comfortable so they could reinvest in their businesses,” says Hirsch. “We didn't want someone to be in a position where they felt they got a lousy deal and at the end of [the contract], they want to get out of here.”

Today there are only two vacant storefronts (out of 12) and two vacant offices (out of eight), and Lindy has retained most of the previous tenants while adding ten new ones.

The availability of parking has often been the bane of Jenkintown's revitalization efforts, with a litany of complaints since Old York Road was converted into its current highway-esque state. The council recently opened a new municipal lot, and there seems to always be plenty of spaces in the general vicinity, even if that means a bit of a walk. In any case, Hirsch is unconcerned about the issue, especially in regards to the regular tenants.

“In the converted mini-offices upstairs, so far only one person is a driver,” she says. The occupants are almost entirely “people who have done business out of their home and have decided it's time to have a collaborative work environment.”

For local shoppers, the Piazza will offer bike sharing — the bikes arrived this week.

“You walk to Jenkintown and, if you bought something you can't carry home, you can borrow the bike,” explains Hirsch.

The bikes will be made immediately available to employees and owners of the shops as the exact details of the program are worked out.

Lindy's Piazza on the Square is especially significant for Jenkintown because it shores up a whole block of the business district. Another local developer, Midgard, has also been investing in underutilized properties including a space next to the Hiway that will soon be occupied by a brewpub, and a series of storefronts immediately north of the Piazza.

A constellation of tasty eateries has popped up around the town square in the last few years. In 2014, the Cheesecake Lady opened, a hole-in-the-wall devoted to the titular morsels (including $2 bite sized options). Argana, a Moroccan restaurant, opened on the site of a long defunct hobby shop. The owner of Leila's Bistro, a French restaurant on West Avenue (oddly on the north side of the square), just opened up an Italian restaurant. The Velvet Sky Bakery, official dessert provider of the Philadelphia Flyers, expanded its storefront to include a café. Retail has been slower to bounce back, reflecting negative trends in the larger market, but incumbent businesses are enjoying the ripple effects of the new arrivals.

“Because of the restaurants, foot traffic is increasing,” says Kate Petitt, owner of Rhinoceros Toys and a lifelong resident of the borough. She's noticed pedestrian energy gripping locals more generally, especially new arrivals. “For a while we became almost a driving community, which was weird because growing up here I always walked everywhere. There has been a wave of older people moving out and younger people moving in. Now people are walking again.”

Developments in Jenkintown show that well-positioned inner-ring suburbs can reap the benefits of urban revival. Increasing numbers of Americans would like to commute without a car (Jenkintown is walking distance from two train stations), enjoy an accessible community, and live in a neighborhood with restaurants and other services that can be reached on foot.

But to judge by census numbers, Jenkintown may also be trending back towards the Main Line-lite tendency The New Yorker teased in 1972. In 2000, median household income in the borough was $ 47,743. In the latest available data, it is $66,695. Many Main Line people, my dear, are also noted admirers of bike shares and cheesecake.