With a new fund and a new outlook, Penn State University spurs innovation 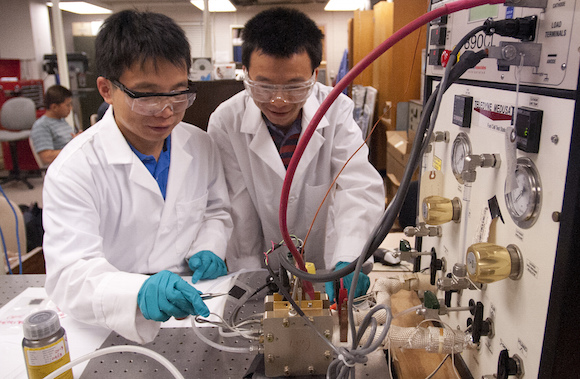 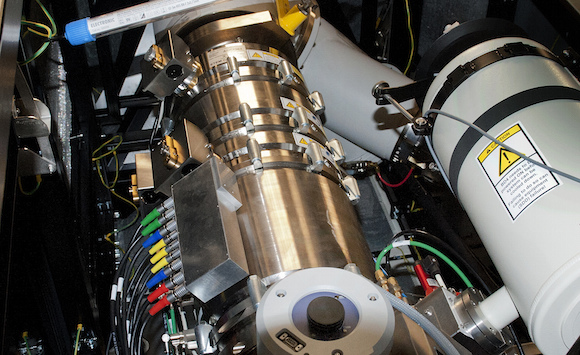 Patrick Mansell
An example membrane, a cost-efficient and durable alternative for fuel cells 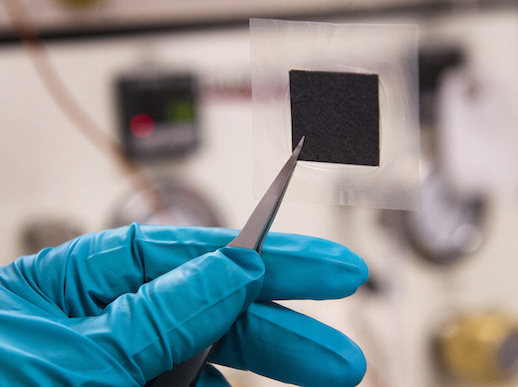 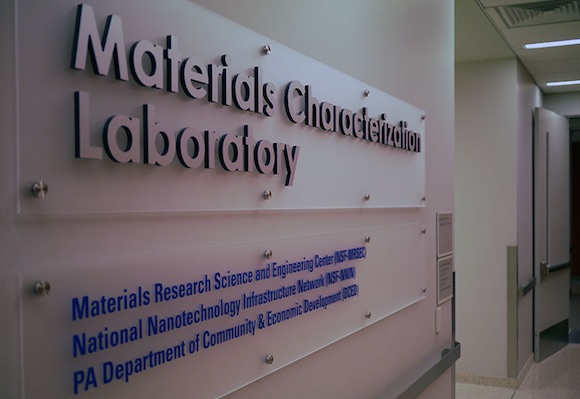 There are ideas trapped inside Penn State University just waiting to break free. Researchers toil away, publishing papers on their groundbreaking findings before moving on to the next big discovery, often without patenting their ideas. Now, new funding at the school aims to capitalize on university innovations, putting those great ideas to good public use and creating jobs for students and Pennsylvanians.

A hefty sum of $30 million has been earmarked toward these efforts, with an annual investment of at least $5 million dollars going towards encouraging entrepreneurship. Some of that money will be invested in university-created inventions, allowing staff to compete for funding to test and develop product ideas.

The University's goal is to get ideas out of the lab and into the public domain by spawning more patents and startups, and encouraging students and staff to think differently about the work that goes on within the university. According to Neil Sharkey, vice president of research for the school, the Fund For Innovation has already accepted projects from four of the University's different colleges; they will provide $50,000 in funding for transforming an idea into a product, and potentially another $100,000 for proof of concept testing.

“One of our major goals is just to change the culture,” explains Sharkey. “We want professors to know how the marketplace works.”

The school will also be using some of the investment money to attract entrepreneurs-in-residence to guide students and staff. These creative thinkers would continue to work in their fields from within the university while also teaching classes.

“Students need to be more entrepreneurial whether they own their own businesses or not,” says Sharkey, explaining that today's graduates can't expect jobs to be handed to them on silver platters. “In addition to coming out with technical knowledge, if you can layer on top of that some good business acumen, students will be better prepared.”

“This whole economic push is intimately tied to student success,” insists Sharkey. While an increase in patents secured by professors could also boost university revenues, “anything that our undergrads create belongs to them — we have no dibs on those [ideas].”

Penn State currently has an overall budget of $4.5 billion, but brings in only $3 million in earnings from licensing of its patents. According to statements made by Penn State President Eric Barron, the university is already the single largest contributor to Pennsylvania's economy, generating more than $16 billion dollars annually. Though the school spends around $800 million dollars in research each year and ranks in the top 20 universities for research productivity, it ranks 62nd when it comes to turning those ideas into licenses.

“It would be great to get return and get a great blockbuster, but that's not the motivation,” explains Sharkey. “The motivation is to get stuff out there and help with the state's economy, and if we can get some returns and grow this area that would be fantastic.”

While it may be tougher for State College to generate the business-sector buzz of Pittsburgh or Philadelphia, the university is giving it a shot. Penn State has already invested in its New Leaf Initiative, a community hub and co-working space that allows for conversation amongst entrepreneurs.

The school is also addressing the region's talent attraction challenges. Businesses founded at urban universities can offer city amenities — restaurants and nightlife, public transit, cultural attractions —  and convenience. Though transportation has improved in the area, State College doesn't have a large urban core or a major airport. Some of the $30 million will go towards infrastructure to support entrepreneurship. The university is also working to secure a dedicated building that is off-campus but within walking distance.

All that said, State College has some big advantages for fledgling companies: the cost of living is reasonable, the region is beautiful, and every year there is another crop of talented students graduating and looking for jobs.

“Being in the back yard of a Tier One research school has huge advantages,” explains Dr. Maureen Mulvihill of Actuated Medical, a medical device company based in nearby Bellefonte. “Of course, we actively collaborate with Penn State scientists, engineers and clinicians. But the real bonus is our ability to attract and retain a world-class team of multi-disciplinary engineers, scientists and business students.”

“From my perspective, the combination of a vibrant entrepreneurial community with innovation driven through Penn State provides a great framework to grow a tech-based business,” she continues. “I’m quite proud to both live and work in such a dynamic and supportive community.”

And, while Penn State would love to keep businesses in Happy Valley, efforts at innovation include all of the school's 20 campuses, allowing businesses developed in State College to move elsewhere while remaining connected to the institution.

“Ben Franklin Technology Partners has been making investments in tech startups and small manufacturers for more than thirty years,” explains Elizabeth Wilson, director of marketing and communications for BFTP/CNP. “The BF TechCelerator @ State College is a very successful partnership with the University and several other local economic development programs. It offers researchers, professors and grad students who are thinking about commercializing intellectual property developed at Penn State the opportunity to participate in Startup Boot Camps.

“To date, the program has produced more than two dozen new companies, many of which have already become nationally recognized,” she continues. “The next ten week session will start in late March.”

Some of the most exciting new products coming out of Penn State are in the discipline of materials research, an area of strength for the university.

“We've got some new materials that would go into cellphones, as well as orthopedic devices and other medical implants,” says Sharkey. “Our biggest success of late comes from the Chemistry Department and is an anti-fungal treatment.”

Sharkey is excited to see all the new products the university will develop once its ideas are unleashed.

“This is a land grant institution,” he adds. “We should be putting these ideas out there.”