By Alaina Johns on January 29, 2015
Garden beds at Kelly Green 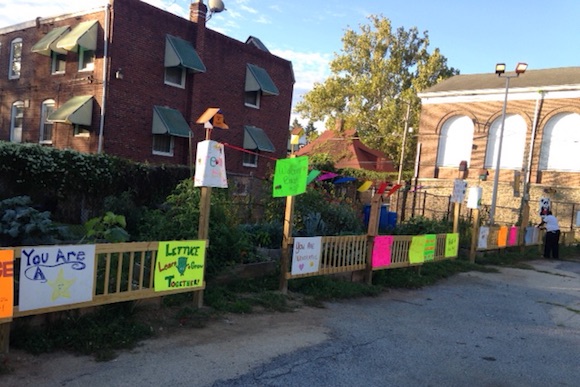 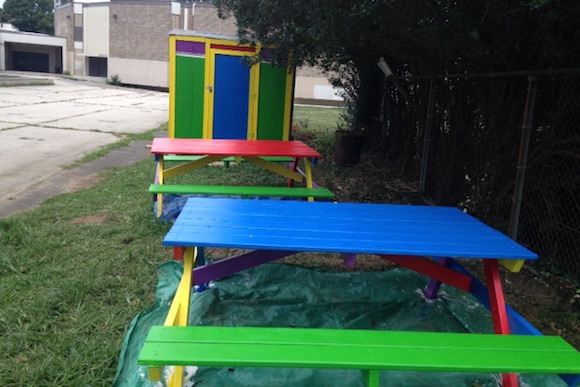 Three years ago, the nearly five-acre expanse of the John B. Kelly Elementary School grounds got the attention of the neighbors. The Kelly Green initiative, led by the Hansberry Garden and Nature Center in Philadelphia's Germantown neighborhood and an enthusiastic coalition of volunteers, wanted to transform the barren grass-and-concrete lot into an educational, eco-friendly community space.

Now, according to project leader Dennis Barnebey, a Hansberry board member, the initiative is on the cusp of securing dollars from the Philadelphia Water Department (PWD). And thanks to a graduate class at Philadelphia University dedicating a semester to the project, they are also closing in on final plans for an affordable upgrade.

Kelly Green was jumpstarted in spring 2012 with a service grant from the Community Design Collaborative and a 2014 practicum at Philadelphia University that also focused on the site. But as it turned out, none of those plans were “shovel-ready.” As Barnebey explains, they lacked specific construction details, measurements and precise cost estimates, and the estimates they had were far beyond the project’s fundraising power.

But the students at Philadelphia University “are convinced it doesn’t have to be that expensive,” says Barnebey of the concrete plans the class will produce. They’ll capitalize on “the whole idea of naturalizing a space, as opposed to architecturally designing everything perfectly.” That means a range of options, like building up hills for slides, sand areas for playing, and using a playground floor of crushed bark instead of an expensive porous soft-surface finish.

“For Philadelphia University, it’s an opportunity to get their hands on something real, not just in a book, and hopefully provide a model for other places,” he adds. “They’re looking at ways this could be done affordably.”

For now, thanks in part to volunteers from Penn State’s Master Gardener program, the site boasts a beautiful new student-planted garden with about fifteen beds for flowers and a huge range of vegetables. Local volunteers helped maintain the site over the summer, and last year, workers in a job-training program through Restorative Justice at the Mural Arts Program provided a new shed, picnic tables, and a garden fence with bird houses and butterfly boxes.

“Having that develop in the way that it has and seeing what can happen in that desert back there has helped change people’s minds [and] get more people on board,” says Barnebey of the progress so far.

As for water management, the school site hosted a PWD representative in the first week of January, who, according to Barnebey, confirmed that Kelly Green is an ideal candidate for a Stormwater Management Incentive Program Grant. If they’re successful, that could mean up to $100,000 per eligible acre for new stormwater infrastructure, a boon for ongoing landscape efforts.