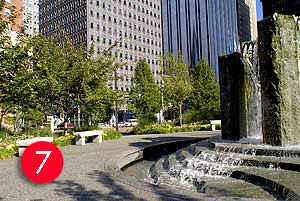 The Education Partnership and the Mt. Lebanon Junior Women’s Club 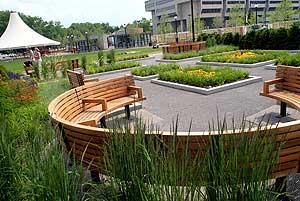 Courtesy of the Buhl Foundation 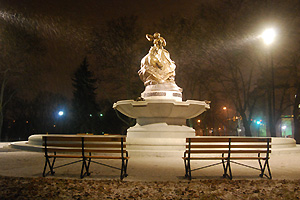 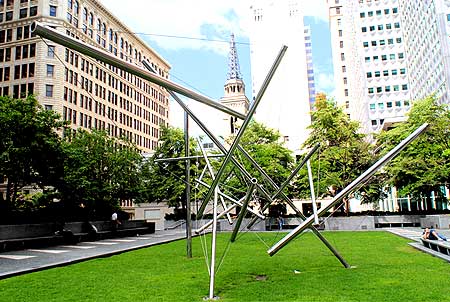 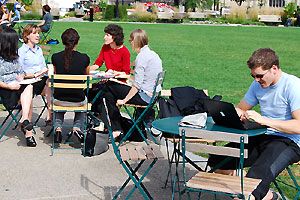 Carnegie. Hillman. Mellon. Heinz. Frick. These names of business tycoons who made their money through the hard work of southwestern Pennsylvania residents now adorn libraries, museums and even a university in Pittsburgh. Their omnipresence in the area is a daily reminder of the region's tradition of philanthropy that turned a blue-collar steel town into something entirely different. Once a capital of steel mills and factories, Pittsburgh now boasts top-tier universities and hospitals that churn out groundbreaking research and innovations. No longer covered in a black mist from the mills lining the banks of the three rivers, in 2012, Pittsburgh had 109 green buildings, just behind Denver, Boston, and Charlotte, N.C.

Development like this would not have been possible without the philanthropic efforts of various foundations in the region. In 2012, Pittsburgh-based foundations handed out approximately $505 million in grants. And those numbers are growing.

Pittsburgh has long benefited from the generosity of its wealthiest citizens. For example, Mary Croghan Schenley donated land in 1889 to create Schenley Park, 456 acres of trees and trails. The city has Christopher Lyman Magee to thank for its zoo. His $100,000 gift to the city in 1895 laid the groundwork for the Pittsburgh Zoo & PPG Aquarium. Since 1904, when Andrew Carnegie established the Carnegie Hero Fund, a steady stream of foundations has formed. The results of their investments can be seen around every corner.

The Hillman Family Foundations distributed roughly $17.2 million to organizations throughout the Pittsburgh area in 2014 alone. The majority of that sum is attributed to the three largest organizations whose grant programs are based here: The Henry L. Hillman Foundation, The Hillman Foundation and The Mary Hillman Jennings Foundation. Some of the Hillman Family Foundations’ largest grants go to causes such as Leadership Pittsburgh, Inc., which is developing a Community Leadership Course for veterans, and the Greater Pittsburgh Community Food Bank to assist in its fresh produce initiative.

The Buhl Foundation, started by Henry Buhl Jr. in the early 20th century as a tribute to his late wife, began with an endowment of $11 million (about $154 million in today’s market) at the beginning of the Great Depression. Maintaining its history of success, the Buhl Foundation has awarded grants totaling about $3.5 million in the past 12 months, most of which has targeted causes affecting North Side neighborhoods.

“The goal of our grant making is to improve the quality of life of all North Side residents,” says Buhl Foundation Vice President Diana Bucco, “and to further develop and promote the North Side as a preferred place.”

One of the projects on the forefront of the Buhl Foundation’s agenda is a partnership between Pittsburgh Public Schools and museums in the North Side that would integrate museum visits and classroom experience to enhance interdisciplinary learning.

It’s not just the big names making a difference in Pittsburgh. The Mt. Lebanon Junior Women’s Club is making contributions from $1,000 to $20,000 to benefit women and children in the area.

“”Over the past 44 years, MLJWC has donated more than $600,000 to local charities and organizations through various fundraising efforts,” says MLJWC Public Relations Director Jamie Hall.

Every year, the MLJWC holds a fundraising gala and gives a portion of the proceeds to a major beneficiary. Last year, their efforts raised $20,000 for A Child’s Place at Mercy Hospital. This year, they plan on donating the money raised to The Education Partnership.

“We chose The Education Partnership because bright futures begin in the classroom,” explains Hall. “The money we raise will serve underprivileged children and schools in greater Pittsburgh with school supplies.”

One the most visible projects completed this past year is Mellon Square in Downtown Pittsburgh. Once an innovative rooftop garden, Mellon Square deteriorated over time. According to the Pittsburgh Parks Conservatory, funding from The Richard King Mellon Foundation, The Colcom Foundation, The Eden Hall Foundation, BNY Mellon, and a mix of corporate and private sponsors coordinated efforts to restore the space. Rededicated on May 29, 2014, the park’s fountains and greenery provide a welcome escape from the skyscrapers and cement, much to the delight of hundreds of Downtown workers.

Many outcomes of grants awarded this past year won’t be seen until further in the future. The Frick Environmental Center in Squirrel Hill is one such project, supported by a partnership between the Pittsburgh Parks Conservancy and the City of Pittsburgh, as well as a $1.5 million grant from the Heinz Endowments. The plans include a living laboratory, indoor learning spaces, public restrooms and an amphitheater built into a hillside. Most importantly, the new building will be environmentally sensitive, designed to meet national green building standards.

Many of the grants awarded throughout the city are focused on community development, which means the results aren’t always tangible. The amount of support that foundations have provided to these efforts shows that Pittsburgh is investing in the most pivotal part of its future — young people. The Birmingham Foundation, which has awarded $13.2 million in grants since 1997, shows its continued dedication through awarding funds to organizations like Strong Women, Strong Girls. The group aims to create a positive mentorship between third-grade girls and college women in underserved communities. The organization currently serves over 600 girls in 34 locations around Pittsburgh, helping to, as they say, “build a safe, strong female community around each of them.”

“Pittsburgh is a great American city and is increasingly growing as a global competitor,” says Bucco of the Buhl Foundation. “Philanthropic investments will continue to support innovation, creativity, and entrepreneurial solutions to improving quality of life for all residents of Pittsburgh.”

As the investment numbers climb, it’s clear that the community’s commitment to making the ‘Burgh a better, more prosperous place remains steadfast. Perhaps Andrew Carnegie said it best long ago: “Pittsburgh entered the core of my heart when I was a boy and cannot be torn out.”

Grant money is essential, but fundraising is the bread and butter of the nonprofit sector. This spring, black-tie balls will abound (along with some less formal events), all in the name of fostering a bright future for the city of Pittsburgh and its residents. Here are a few of the upcoming shindigs:

April 18: Hops for HEARTH: A beer tasting benefiting HEARTH, an organization that provides support services and housing to low-income families.