From chocolate to baseball bats and aircrafts to copper piping, the variety of products made in Pennsylvania is astounding. The success of the sector comes as no surprise to David N. Taylor, president of the Pennsylvania Manufacturers’ Association. Taylor credits natural resources, educated workers and infrastructure for the state’s production, which is eighth in the nation (according to data from the Pennsylvania Department of Economic and Community Development).

“There are several advantages that we have that are innate,” explains Taylor. “The first is geography: We are the Keystone State and have access to markets.”

The Commonwealth’s prime position provides businesses access to buyers and sellers throughout the East Coast, Midwest and across the Mason-Dixon line. The state’s rivers and rails allow products to be transported easily, and recent government investment in commercial transportation and infrastructure show a commitment to industry.

Location was certainly key for David Chandler. The founder of Chandler Bats was drawn to Norristown, Pa., because it offered him access to customers and to the maple crucial in the production of his high end baseball bats.

“Pennsylvania is the mecca of our raw materials,” explains Chandler. “Also, the region is an incredibly populated area for baseball, whether you’re talking youth baseball all the way up to high school and collegiate, as well as all of the pro teams that are within a two-hour range; plus, there’s Pittsburgh.” 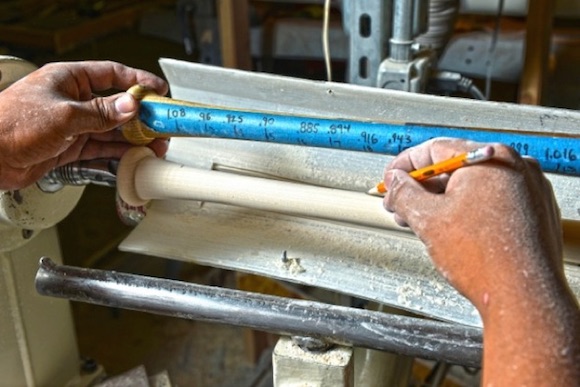 The state also boasts an ample support network for young businesses. Originally operating under the name RxSport, the company received $500,000 in funding from Ben Franklin Technology Partners of Southeastern Pennsylvania back in 2013.

Since launching in 2010, Chandler has sold 90,000 of his specially engineered knockouts. He was drawn to the industry after reading numerous articles about bats cracking and splintering in the middle of games, putting players and the audience at risk.

“I looked at it and thought, ‘I’ve got a strong feeling about what could go better,'” he recalls. “I talked to people in baseball before I started. These guys came back and said, ‘Dave, if you can do half of what you’re saying, you are going to take over the industry.’ So I thought I would put my money where my mouth is.”

He purchased a lathe for a quarter of a million dollars and began to design what he calls “The Rolls Royce of bats.”

Today, those bats — priced at $199 — sell themselves. Constructed out of hand-selected maple, they are cut to order on a precise lathe based upon player specifications. Professional players work with Chandler’s team at their facility to configure and test custom bats until they create the perfect model.

“When they find something they like, they stick with it,” he enthuses.

Cambridge-Lee Industries, LLC, a copper pipe and tube manufacturer and metals distribution company, also found what they were looking for in Pennsylvania. They decided to stick with Reading after an attempt to navigate the bureaucracy in Laredo, Texas proved frustrating.

In Reading, “the community was very responsive to making this happen,” explains CEO Andrea Funk of opening their latest plant, a state-of-the-art cast-and-roll operation. 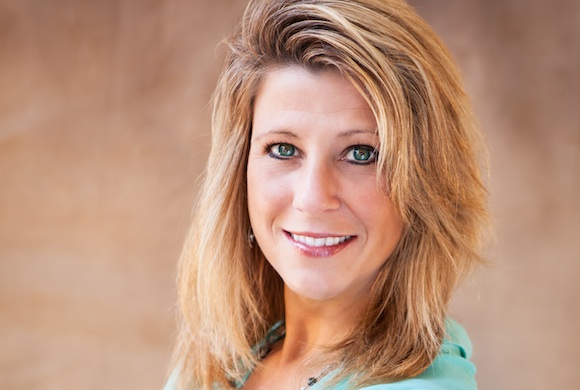 Funk was able to work with local officials and organizations to get manufacturing up-and-running quickly.

“Jon Scott with GREP put us in touch with Commissioner Christian Leinbach, who coordinated the efforts of all the stakeholders in the permitting and construction process,” she says. “[That] streamlined what is typically a long process in other regions.”

And local partnering didn’t stop once the plant was operational.

“With support from the Ben Franklin Technology Partners of Northeastern Pennsylvania and its college partners, we have identified substantial opportunities for energy savings and productivity improvements at our new high-tech annealing operation,” adds Funk.

The company has also benefitted from the Commonwealth’s steel legacy.

“The state has a rich abundance of knowledge and experience when it comes to metals manufacturing,” enthuses the CEO, adding that like many other large-scale manufacturers, she works with area technicians and suppliers who are well versed in metal work and mechanics.

Local expertise was also crucial to the development of SilcoTek, a silicone coating company based Bellefonte, Pa. 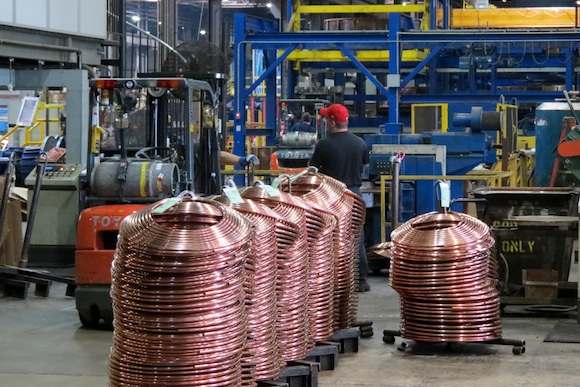 “During the early days of the company, it was Ben Franklin’s funding that kept us afloat,” recalls founder Paul Silvis. “We knew that SilcoTek would grow tremendously, but that it would take time. Ben Franklin’s investment bought us that time.”

SilcoTek’s coatings are used to improve the longevity of parts and to ensure chemists’ research instruments perform correctly. While a high-tech coating may not be on your shopping list, the company, which currently employs 40 people, expects to hold over 100 patents by 2020, and hopes to exceed its goal of $100 million in revenue at that time.

“Pennsylvania has really evolved into an epicenter for advanced manufacturing technology,” enthuses Patterson, adding that at his company, “You would be hard pressed to find a more diverse team. To watch them all come together to do something as niche as we offer is something special.”

While there may be fewer jobs in manufacturing today than years ago, that trend is reversing. With a re-emphasis on domestic manufacturing, technological advances and the looming retirement of current technical workers, the need for skilled workers on factory floors will continue to increase.

“The manufacturing sector has been under tremendous pressure from international competition and is adapting to new technology,” explains Taylor.

According to Funk, one of Cambridge-Lee’s primary markets, the plumbing copper tube industry — which creates much of its eco-friendly product from recycled scrap metal — has dramatically shrunk over the past decade. The residential plumbing market has migrated towards lower-cost plastic piping made overseas.

“Plastic is not as durable,” she explains. “The second concern is carcinogens — people don’t put their food in plastic in a microwave due to concern about carcinogens, so what happens when you drink water from those pipes after running hot water? The third concern is environmental: The copper scrap that we buy is probably a material that’s been recycled for centuries, which can’t be said about plastic.”

Despite those competitive global markets, business in Pennsylvania is still brisk. According to Taylor, industry adds 70 billion to the state’s GDP, representing between 12 and 13 percent of the state’s overall economy and employing around 500,000 people.

And the state’s manufacturing legacy remains an asset. Cambridge-Lee, which currently employs 400 people in Pennsylvania, purchased the Reading Tube Corporation, a company that had been in the area since the 1950s.

“We have some people who have parents or grandparents that worked here,” she says.

As a female CEO in a predominately male industry, Funk tries to give back to the community by speaking with young people — especially young women — and their parents about potential careers in the sciences and in manufacturing.

“Women in STEM make about 33 percent more than women in non-STEM professions,” she explains. “And these jobs are growing. Estimates say the U.S. will need to fill more than 3 million manufacturing jobs over the next 10 years, and we anticipate only having qualified applicants for about 1 million of those positions.”

According to Taylor, many of his organization’s members have trouble finding qualified applicants because factory jobs are often wrongfully considered menial labor.

“We are faced as a society with what I would call a misallocation of human capital,” he argues, explaining that obtaining a four-year degree has become a common goal. “But no one checks where students are after they earn those degrees.”

Taylor himself holds a liberal arts degree in drama and is familiar with high tuition costs and massive student debt.

“We are perpetuating this myth that somehow people who work with their hands or work on the line are less valuable when that’s just not true,” he says.

As much as manufacturing is a science, it is also an art, as any baseball bat sculptor or copper-pipe puller might attest.

“Manufacturing is the most important sector of our economy because it’s the sector that adds the most growth,” concludes Taylor. “So we’ve got a lot to fight for.”