Fostering the next generation of tech entrepreneurs in Pittsburgh

By Susan L. Pena on July 30, 2015
Students playing with a giant ball in Schenley Plaza as part of a lesson with City of Play 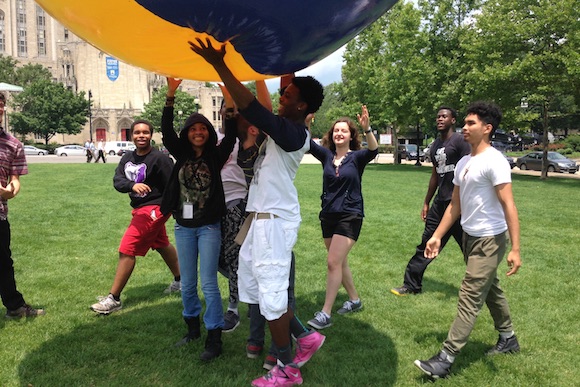 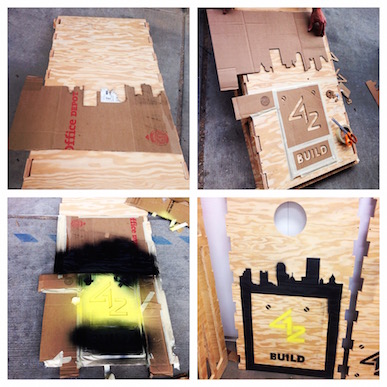 A bench, table, and deck that the students built for Kite Hill Park 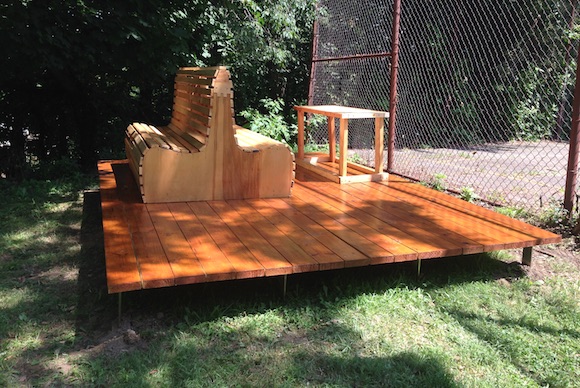 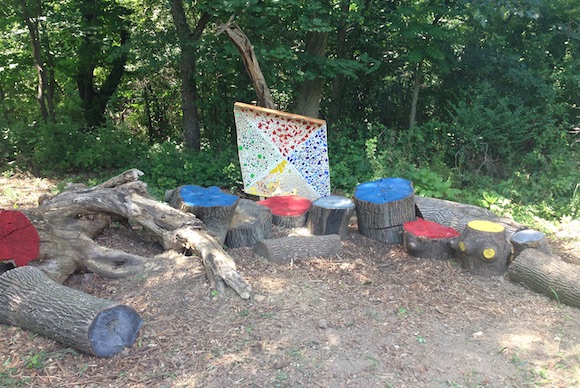 It's no secret that those with high-tech and entrepreneurial skills will be well prepared for the changing economy. Startups provide a way for enterprising people to control their own career destinies and business communities all over the country are scrambling to get young people interested in STEM (Science, Technology, Engineering and Math) subjects and advanced manufacturing to fill the workforce pipelines.

412Build, a new program developed by Innovation Works (Ben Franklin Technology Partners of Southwestern PA) in the East Liberty area of Pittsburgh, is doing its part, encouraging teens to consider high-tech careers. The initiative instructs participants in the use of advanced manufacturing equipment, product design and the basics of starting a business.

And the impact goes beyond the enrolled young people — during each of two five-week sessions, students use their new skills to improve local neighborhoods, helping them become future leaders in their own communities.

Jackie Shimshoni, the 412Build program coordinator, was excited to talk about the program's inaugural summer on the final day of its first session on July 24. In the midst of preparing for the event that night — during which students would publicly discuss their experiences — Shimshoni declared the program a success in getting kids focused on both careers and community.

“There are many paths to success,” she explains. “Building and making things are a good way to start. Making things is a great confidence builder.”

According to Bob Starzynski, director of business development for Innovation Works, the idea for 412Build came from the fact that “there are a lot of college-level internships that give students opportunities like this, but they haven't been made available to high school students.”

The Innovation Works team also saw a potential tie-in with the recently opened AlphaLab Gear (their accelerator program for hardware startups) in East Liberty and the nearby TechShop Pittsburgh. They brought in two more partners: GTECH (Growth Through Energy and Community Health) Strategies, a nonprofit that works with neighborhoods in Pittsburgh on projects involving green energy and community development; and City of Play, an organization that helps improve public spaces in underserved communities around the city.

The program they came up with had three main goals: to teach entrepreneurial skills; to give students time to learn how to use the machines at TechShop to make products; and to encourage participants to use those skills to serve the community.

In 2014, they tried out the idea in what Starzynski called a “beta launch” of the program — half a dozen students took courses taught by the partners as they built a curriculum. The program was successful enough to attract the Hillman Family Foundations, which funded what became 412Build earlier this year. Google also donated Chromebooks for the students to use.

Indirectly funded by the PA Department of Community and Economic Development (DCED) through the Ben Franklin Technology Development Authority, the program opened in June to the first 12 students; 12 more have since begun the second session.

Shimshoni, who started her full-time job as program coordinator in June, says the students went through a selection process that included an online questionnaire, two group interviews and a one-on-one interview. Applicants had to be between the ages of 16 and 19 (younger students would not be allowed to use TechShop equipment because of safety regulations).

The program begins at 9:30 a.m. and ends at 5 p.m.; the schedule within those hours changes from week to week. During the first two weeks, the students spend time in TechShop learning safety and basic use of the equipment. They also receive an introduction to entrepreneurship: how to make a business plan, how to do market research, and how to get into the market. They also have the opportunity to work at AlphaLab Gear.

Later, the students take what they've learned out into the community at a selected site. During the first session, that was Kite Hill Park in Garfield, about a mile from East Liberty. The park was underdeveloped, boasting nothing but a basketball court and a couple of benches. Families were unable to use it.

The students spoke with residents to find out what they would like to see in the space. By the end of the five-week session, “the kids built a swing set, some nice benches and a table, and a flower bed,” explains Shimshoni. “They made it more beautiful and colorful — a good place for families.”

The site for the second session is a vacant lot owned by the Bible Center Church in Homewood; the church wants to develop the land as a food oasis.

Once students graduate from the program, they receive a free one-year membership to TechShop Pittsburgh. They are also invited to come back as mentors in future sessions.

The program is already expanding. During the school year, 412Build will offer one-week after-school sessions for students as young as 12. By imparting some of the same lessons given during the summer sessions, organizers hope to spark interest in STEM fields at an even earlier age.

C.J. Crawford, 18, was one of the 12 students who completed the first session of 412Build. He says the program was “far superior to any other summer program I've participated in.”

The Penn Hills resident recently graduated from the Kiski School, a private preparatory boarding school for boys in nearby Saltsburg. He was looking for a summer program on the internet and found 412Build. Crawford was intrigued and decided to apply.

Crawford's main product was an acrylic box. The business he created would customize the boxes by placing any quote the user wanted on the acrylic. He also made three different designs for wooden coasters.

Crawford feels the program has helped prepare him for the business major he will pursue this fall at Duquesne University. He plans to continue using his free membership at TechShop to work on more projects of his own.

“Now I know what goes into starting a business,” he says. “Overall it was a great experience.”