By Joe Petrucci on December 31, 2015
As a school board member for the Great Valley School District, Andrew Daga looks at the same bell curve every year – there are kids in the middle who are doing well and then there are students on either side of that group who are more difficult to teach.
Daga, who holds degrees in architecture, engineering and aerospace technology, talks about a stripe in the human genome that causes people to think differently.
“There is a bunch of kids who need to learn or be taught in the style they need to be taught in. They don’t do well in traditional situations,” says Daga. “I was one of those kids.”
He earned his first two patents as an undergraduate and went on to work on major construction projects like major power generation facilities in Asia and the U.S., as a consultant to NASA and as director of a division of CAD software powerhouse Bentley Systems. His focus is designing life-changing, multi-disciplinary technologies.
And as a result, electric vehicles just might be ubiquitous by the time Daga’s own children – who he says also learn differently – grow up. Momentum Dynamics is developing wireless technology that can power electric vehicles. The company’s initial focus is on larger-grade vehicles used by the military and transportation authorities, which Daga believes will drive development and demand for electric passenger cars.
What was the inspiration behind Momentum Dynamics?
It was work I was doing with the Department of Defense. In 2007 I was working with NASA and Lockheed Martin and Boeing on mission planning and one study was whether or not a satellite that took solar power and created electricity could provide on-demand energy for combat troops anywhere in the world. We had 76 people working on this and we determined it was technically feasible to build a large solar-powered satellite and it could be used to provide an operating base with enough electricity. The stumbling block turned out to be the weight of the conductive wire it would take to collect energy from the sun and bring it to an essential point on the satellite when beamed to earth.
So I started thinking about wireless power transmission over relatively short distances. We needed a passive, non-threatening way to do it to allow it to be cheaply installed. That led me to do research on wireless power. I put together a little team of engineer friends who looked at it and brought in an absolutely genius engineer from Penn State who said I could solve problem. In four weeks he had first prototype built. We invented the technology from scratch. We can now transfer 20 kilowatts which is more than enough to light up every appliance in your home.
How rare is a breakthrough like this?
We can transmit power through 14 inches of airspace and water. We can transmit power non-conductively through water. As far as we know that’s never been done. We did it in less than two years. We’ve been told by people at MIT that it’s not possible. This sort of thing is the holy grail. Tesla was doing this at the end of the 1800s and into the early 1900s but he was transmitting power using the electric field and not the magnetic field. We use the magnetic field. The electric field is dangerous, causing fire shocks, while the magnetic field is basically harmless to human tissue.
When did you realize you could build a company out of this research and development?
I worked on this study in 2007 and took a large portion of 2008 to think about this whole thing and do market research. A friend came to me one day not knowing what I was working on and said we ought to form an energy company. He was thinking about wind farms and solar panels. I said I don’t think there’s a future in those things. The idea finally settled in that this was the thing I needed to do. T

he magic moment was when I realized technically we can do this and economically it made sense because there had been recent announcements from Nissan that they were introducing an electric vehicle (the Leaf) and Chevy had delayed and then released in 2010 the Volt. A lot of this was talked about before the Obama administration but became a sure thing when he became president and the economic environment seemed favorable, especially when gas hit $4 a gallon in 2008.

How has the way you learn, which you admit is different than most, shaped your company?
I’m kind of one of those quirky guys. My whole company is occupied by people who are otherwise unemployable. We take it as a badge of honor. We all kind of understand each other. We think a little differently and I encourage them to make mistakes, because if they’re not making mistakes, they’re not taking risks.
What was the biggest challenge in starting the company?
The most important job of the lead entrepreneur is to finance the company. That means you’ve got to corral and then harness a bunch of other people who have access to capital and get them to believe in your vision and invest money. People think differently in different parts of the country. We think of ourselves as a classic American startup, very risk-engaged and not risk averse. We understand how to balance risk vs. potential benefit, and communicating that to potential investors is more challenging than any technical challenge.
The Philadelphia area is not engaged in this technology because the Philadelphia financial community likes to invest in what it understands, like pharma and financial IT and a few other things. While everyone talks the game of being interested in clean tech, very few companies in Philadelphia are financing it. So we turned to D.C., N.Y. and California.
Did you take advantage of any local or statewide resources to help grow the company?
We were successful in applying for and receiving a grant from the Pennsylvania Department of Environmental Protection. We found that Harrisburg thinks differently than Philadelphia does. In Harrisburg people are more like what we’re looking for and they’re in government, as odd as that may sound. A lot of people in government are smarter than people give them credit for. They are on both sides of the aisle.
The grant is to fund development of two para-transit vehicles that are going into service with the Berks Area Regional Transportation Authority (BARTA). They’re using state financing and our own financing for two fully electric para-transit buses, which would be a first of its kind anywhere in the world for that class of vehicle. It may be a precursor to move into other mass transit vehicles.
What’s the big differentiator for Momentum Dynamics?
I think there are about 10 companies in the world trying to do this and we’ve got about six serious competitors. I think we’re pulling ahead of all of them because we’re concentrating on very high-power systems and other companies have focused on just electrifying cars. The passenger electric vehicle market will take time to develop. We’re talking 5-10 years. You need to think about other applications and that’s what we’ve done, so we turned to our attention to vehicles that need 30,000-60,000 watts.
— by Joe Petrucci
Energy, High Technology 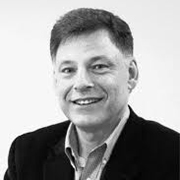