By Rebecca VanderMeulen on December 31, 2015

On his LinkedIn profile, David Bookspan describes himself as a “recovering lawyer.” Over the past decade he has come to prominence in the Philadelphia region as a serial entrepreneur.

His first company, MarketSpan, aggregated legal filings and made more court information available to lawyers. At the turn of the millennium it was acquired by professional-information giant LexisNexis. In 2008 he and David Brussin founded Monetate, an advanced platform that enables online retailers to show shoppers that is relevant to them, based on factors such as a computer’s browsing history and physical location. Bookspan is also a founder of startup accelerator DreamIt Ventures, which he describes as a way to pay forward the help he’s received along the way.

Brussin, himself a serial entrepreneur, had experience in the email marketing sector as a co-founder of the ePrivacy Group. His background, combined with Bookspan’s experience with MarketSpan, was a unique mix.

Now Monetate, which is based in the Philadelphia suburb of Conshohocken, employs about 130 people. It claims to have influenced more than $1 billion in online sales on Black Friday and Cyber Monday, two of the biggest days of the recent holiday shopping season.

Tell me about the inspiration behind Monetate.
My cofounder, Dave Brussin, and I were looking at marketing solutions for ecommerce. What we found was that that there was far more marketing sophistication in physical stores than online. That was because the control of websites was in the hands of IT, rather than the marketing side. In order to change a website there was significant effort. We felt that was a huge missed opportunity. The promise of the Internet was that you would have a personalized online shopping experience.

What was the biggest challenge in getting Monetate off the ground?
We began in 2008, and 2008 was a tough year to launch a company. We used that time to develop our solutions so we would be ready at a time when the economy got up and running again. Another challenge was that we were ahead of the curve on personalization. When we launched, the idea of personalization was not well understood. We helped lead the market, and the market gradually evolved.

Many people do not like the idea of feeling like they are being tracked while they shop online. How does Monetate deal with that challenge?
There is a segment of the population that finds it creepy. There’s a much larger segment of the population that prefers a personalized experience. We target behavior, not people. We know that a computer has had a certain behavior, but we can’t tie it to a specific person.

What unique needs do online retailers have, and how does Monetate address them?
Online merchants have a great challenge in connecting to the customer. A physical store has a store manager who can personalize the shopping experience. What Monetate enables is for ecommerce merchants to do the same online. We’re not going to show you bathing suits in Minnesota in January. But there’s more to it. If you’re in a location that doesn’t charge sales tax, we can show you the prices you’d pay without sales tax. We can see that by the IP address. We also have climate information. Say you’re shopping in September and it’s getting cold. Maybe you’re looking for blankets or space heaters. If you left items in your shopping cart, those are items you’re obviously interested in. If you’re a regular visitor to a physical store you might want to know about a new product or shipment. A real good sales associate will greet you and show you those things.

You left law to become an entrepreneur. Why was that?
That wasn’t the plan, but it should have been. Initially I saw a void in the information that was available to lawyers, and I was able to address that. There is nothing like the energy and enthusiasm of working in a startup. The way that you’re able to dream big and be around others who dream big is something else. It allows you to believe that you can tilt the globe a little bit.

What deficiencies do you see in the Philadelphia region’s startup scene? How can they be addressed?
We have an amazing startup community here. A region needs several things for startups to thrive, and we have them. We have great companies here. We have great mentors and service providers. What I see is the major challenge is access to capital. There is opportunity to address this. There are great early-stage startup companies here. I truly believe that Philadelphia can be a national and international hub for startups. 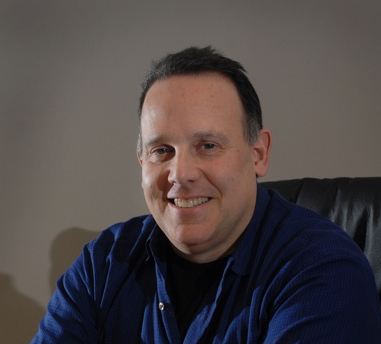