At about the same time YouTube was getting started, Donna DeMarco and Rob Sandie, two students at Lehigh University, had an idea for technology that would allow people to interact with videos for educational purposes.

No one realized then just how ubiquitous online videos would become, or that businesses would almost universally embed videos on their websites. But while Viddler, DeMarco and Sandie’s company, started as a user-generated content site, they were perfecting their interactive technology, and when the market caught up with them, they were ready.

Viddler has evolved into an online video hosting platform which provides additional services like embedding videos onto websites, keeping track of analytics, enabling clients to share videos on FaceBook and Twitter and providing the means for interactivity.

Now Viddler is serving clients with household names like Amazon, McGraw-Hill and T-Mobile, from a suite on the south side of Bethlehem. While Sandie has moved on to start other enterprises, DeMarco remains with the company she helped launch while raising four children. She resides in Leesport, a small community outside Reading.

What inspired you to start Viddler?
Rob and I met at an e-learning class at Lehigh University in the computer science department (where DeMarco was a graduate teaching fellow). (As part of the class) we had to come up with a way to engage children in the learning environment. Rob created a video player that was able to interact with the children. The example we used was an episode of ‘Blue’s Clues’ . . . When Periwinkle says, ‘Where’s my lunch box?,’ we’d stop the video and put an overlay of a lunchbox on top of the screen, and if the child clicked on the lunch box, Periwinkle would say, ‘Thank you.’ . . . There were other opportunities for them to interact as well.

As a computer science major, I was fascinated with the technology, and we got to the end of the class and we said, ‘This is far too cool and interesting to let go.’ So we started the company in 2005.

What resources did you take advantage of to get the company launched?
We went back to Lehigh and got involved in their Baker Institute for Entrepreneurship, and we won the Joan F. and John M. Thalheimer Student Entrepreneur Competition. . . With the $2,000 we won, we bought a server.

From there we graduated to the (Northeastern Pa.) Ben Franklin Technology Partners in 2006-07. We got funding from them, they invested in us, and they provided a lot of networking and mentoring, and we were in their incubator for four years.

How has the company grown?
Now we’re in the Pi Building (Partnership for Innovation) in Bethlehem, the city’s incubator. We outgrew the Ben Franklin incubator. We’re up to 20 employees now, and we have thousands of clients in 52 countries. We have served over 2 billion video views.

What were the biggest challenges in getting Viddler off the ground?
We found that we were too early for the market. The technology that we developed—the interactivity and the overlays—people just weren’t ready to use back in 2006. So we started as a user-generated content site similar to YouTube. Advertising revenue was our business model. We pivoted away from that in 2008 and went to business-to-business. We started selling our services to businesses.

Also, in the beginning, the hard part was finding time to dedicate to this. Rob and I were students and I’d just had my fourth kid. So trying to balance the whole work/school/family thing was hard. Once we got into the incubator at Lehigh, it was the opposite problem—we were spending all our time on Viddler and not enough time on our school work.

Who are your clients now?
In the educational and support area we have companies like Amazon—we do all their Kindle support videos; McGraw-Hill’s higher education division; and the British Council’s LearnEnglish website. In publishing, we have AOL tech blogs; we also do video contests for companies like C-Span and Nokia. We do internal communications for Pitney-Bowes and T-Mobile.

Are there any advantages to being in your present location?
We’re on the south side of Bethlehem, and we love it. We have tons of local talent in marketing, sales and technology. We’re close to Philadelphia and New York City, and we get credits for being in a Keystone Innovation Zone.

What is the big differentiator for Viddler?
We have a patent around the interactivity technology, so that differentiates Viddler. The other thing is our awesome customer support. We have real relationships with our clients. They can call us on the phone, which is unusual for an internet company. 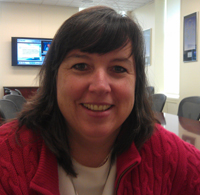