Jeremy Moskowitz was delivering a speech to a large group at the Microsoft TechEd conference some five years ago when someone asked a question about the subject of his speech – Group Policy, a Microsoft technology used to manage Windows.

That’s when it hit Moskowitz. He knew he had to try and build a company around that idea and solve that problem. He founded PolicyPak in 2009 to provide settings management for dozens of third-party applications ranging from Flash Player to JRE. The company, which targets IT departments and admins of small- and mid-sized companies, now has some 50,000 computers under management.

PolicyPak is a sister company of the training and consulting business Moskowitz founded, GPanswers.com. His ability to solve real problems faced by businesses and IT departments of all sizes has opened up a clear path for Moskowitz.

What was the biggest challenge in getting PolicyPak off the ground?
For better or for worse, I never took any angel investment or VC capital to start PolicyPak. On the plus side, this meant that I didn’t have to explain every move I made to some team of non-technical investors, which I think would have actually slowed me down. On the downside, it meant I had to do a lot of jobs myself with very little outside help. I’m not a developer, so I had to pay for development costs of the product. But beyond that, I had to do pretty much everything else for several years: software testing, marketing, sales, Google, and just a hundred other jobs. With a little bit of success coming in, I was able to get some great people in to help with everything that wasn’t something only I could be doing or should be doing.

How is PolicyPak growing?
We’re growing correctly. I always feel bad for companies with great ideas that overspend on headcount and find themselves hacking and slashing when things take a dip (as they always will). So with that in mind, we have some full time people and some part time contractors. We bring on full time staff when we literally just cannot take it anymore and regularly bring in contractors for specific mini projects that can be outsourced.

What resources did you take advantage of to grow PolicyPak?
We’re currently investigating a partnership where an even more established software company will re-sell our product. This is a real win-win. For them, it gives them a new product and a new market. For us, we get the experience and wisdom of a larger company who’s already blazed a lot of trails, so we don’t have to.

What’s the biggest challenge you’ve overcome, personally or professionally?
The hardest part is building a team. A modern startup business has so many moving parts, and people are only really experts at the thing they do. Knowing that, and being able to find team members who are already great at something you need (instead of trying to shoehorn them into greatness) has been something that was very advantageous for me to learn early.

Talk about the moment where you knew you made the right decision in starting this company?
I would not say there was one a-ha moment with PolicyPak. Along the way potential customers would say “Wow, where’s this been my whole life?” which was very encouraging. But they still weren’t buying. It wasn’t until we made the product easier to use did those people convert to customers. So, in truth it took until version 3.0 of PolicyPak for the real wins to start rolling in.

What’s the big differentiator for PolicyPak?
I would say it’s a combination of three things. First: we solve a real problem that IT administrators face every day. Second, PolicyPak integrates with oodles of systems from big companies that IT admins already have. We work with Microsoft, Citrix, VMware and others – effortlessly. Last: We’re not trying to solve every problem on the planet. We solve one thing, really really well, and make that problem go away.

What’s next for PolicyPak?
On the one hand, we’ll be building more features into the product. Customers in good standing can simply use them, without paying extra. We’re likely launching some new products soon too, to help with rollouts of Windows 7 and Windows 8. So that’s coming soon. 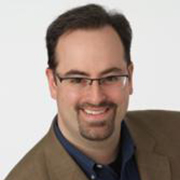