Just over a year ago, Rita J. Chesterton and her team won the first prize at Lehigh Valley Startup Weekend. Her presentation of a working app that enables teachers to use an iPad to distribute, collect, grade and return their students’ homework lit up the room.

Now her company, Skaffl, is ready to take that app, called Braket, to market in January. Skaffl recently became the recipient of a Ben Franklin Technology Partners loan to continue developing the product, and will soon be moving to the Ben Franklin TechVentures incubator space at Lehigh University in Bethlehem.

Chesterton, the instructional technology specialist for the Saucon Valley School District, and Michael Hanssen, the district’s director of technology, went to Startup Weekend looking for an iOS (Apple Operating System) developer. They found Matthew Smollinger, now Skaffl’s CTO, and with additional team members they turned an idea into a reality.

What inspired you to start Skaffl?
It started with a personal pain point of mine. I was a teacher for the Saucon Valley School District, and I became the instructional technology specialist. About three years ago we started looking into having a One-to-One iPad program for the seventh-grade students in our district, meaning every student and every teacher gets an iPad they keep with them 24/7. This gives them access to all their resources all the time.

Over 10 million iPads have been sold to K-12 institutions, according to Apple. Schools have been looking to have this One-to-One program for 10 or 15 years, originally with lap-tops. But the price of a lap-top is prohibitive for a lot of districts. The iPad is about half the price of a lap-top. Now somewhere between 2,500 and 3,000 schools in the United States have these One-to-One programs, and it’s growing constantly.

My job was to help integrate the technology into the curriculum. . . Right away, teachers wanted to know how to give out a handout in PDF, have the students complete it on the iPad, collect it digitally. There was no easy way to do it—you had to use multiple apps. . . It was very confusing. The technologies we had weren’t working with the iPad.

The idea was to create an app designed for the classroom, to help teachers distribute and collect assignments, grade on their iPads and give the feedback to students. That’s where the idea for Braket came from.
The iPad has great apps for creating, and it helps teachers share their knowledge in so many ways through presentations and video and music . . . but it’s the basic workflows that haven’t been developed yet. We’re hoping to fill that gap.

What happened after you won Startup Weekend?
With that affirmation we were able to develop the project and create our minimum viable product and get ready for beta. We applied to go to the TechCrunch Disrupt Conference in San Francisco and be in their Startup Battlefield. We were one of 30 startups chosen out of around 1,000 applicants to launch live onstage. We didn’t win, but it was exposure and making connections, which we otherwise wouldn’t have. From that, we were able to get a whole bunch of beta testers. We had requests from all over the world. . . We had people in China talking about our app! About 30 teachers from across the country tried it.

What resources did you take advantage of in getting off the ground?
We won a co-working space at Startup Weekend, so we’ve been at the Bridgeworks for the past year. We started working with the people at the Northeastern Pennsylvania Ben Franklin Technology Partners—(TechVentures manager) Wayne Barz in particular, who guided us through our business plan. We made great connections with the folks at (Ben Franklin) TechVentures and others in the Lehigh Valley through Startup Weekend.

Since then, we applied over the summer to be a Ben Franklin portfolio company, and we were accepted. We were recently awarded a loan from Ben Franklin to develop our final product. Starting in February, we’ll have an office in the TechVentures incubator, and it’s a beautiful, amazing office space.

Has anyone actually tried Braket in the classroom with students?
We had some of our teachers (at Saucon Valley) use it with their students, to give us feedback. We got all kinds of workflow issues we hadn’t thought of from them and the 30 teachers who tried it by themselves (without students).

How will you market the product?
We are going to market directly to teachers at first. It’s hard to call a school district and say, ‘Buy our app,’ so there’s a free version of the app that you can play with, and there’s a teacher version individuals will pay for, and then there’s a district version. We want to get it into as many teachers’ hands as possible. Teachers are very active in social media. We’re marketing first to teachers, because once you have something being used by a couple of teachers who love it, they will lobby the school district (to buy it). Schools have spent a lot on technology that nobody uses; they want to see that something is being used.

What’s the big differentiator for Skaffl?
It’s being developed by a teacher who has personally used the other products out there. There are two direct competitors, but we feel we’ve developed a different solution to the problem.

What’s next for Skaffl?
Right now we’re just focused on developing Braket. We’re probably a year or two out from starting anything else. We have a list of ideas, though. 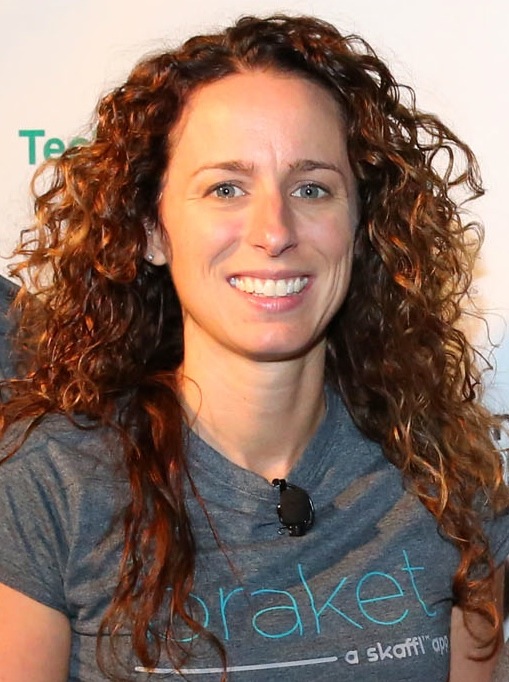