His company tagline, “Technology side-by-side,” underlines Coyl’s philosophy that “we are part of our client’s team.” Netrepid’s personalized, component-based services give its customers freedom and control in developing their networks.
Founded in 2004, Netrepid has grown to fill three locations in Enola, Harrisburg and York, and now has 18 full-time employees.

What inspired you to start Netrepid?
In 2003 I got a call from Intellimark in Mechanisburg asking me if I would run their wireless division. . . They flew me into Harrisburg, and I saw the river, and it was green and it was a small town, so I said, ‘Fantastic, we can move here.’ My wife was eight months pregnant at the time; soon after I started she gave birth to our daughter.

I started my company while working at Intellimark. There were services people wanted us to do that Intellimark didn’t want to offer internally. So I talked to them and asked if I could start my company on the side. . . They thought it was a great idea.
After a year it got to the point that I was really spending more time running Netrepid than anything else. I said, ‘You’re paying me to run my own company, and that’s not fair.’ They told me they didn’t mind, but I fired myself from Intellimark and went over to running Netrepid full-time in November 2005.

We built communications towers and installed microwave antennas. . . By starting the way we did, we could keep the liability isolated from Intellimark and provide products that clients were asking for.

How has the company grown?
The first few years were the quintessential feast or famine. . . we were either swimming in cash or eating Cheerios three meals a day. We had to come up with a more recurrent, stable, plannable revenue model. . . We started getting into IT services. By that time, Intellimark had sold off their IT services, leaving a hole in the offerings in central Pennsylvania. We were being asked to program switches and microsoft servers, so we decided to re-evaluate. We found we could make money on that, so we acquired a few IT companies (PA Online and Lion Technologies in York).

Now we have a data center and we provide virtual hosting and cloud services. We went from four employees to 18, and we will probably hire another four next year. We will also expand into another data center next year. Our average client has grown from a smaller market spending about $800 a month for our services, to clients who pay anywhere from $9,000 to $15,000 per month. We now cater to more of an enterprise-class customer base. Our experience in dealing with the wireless side gave us experience dealing with large enterprises like counties, school districts, universities and the military. So when we put the IT services together we were able to reach out to these people again and expand our offerings to them.

What resources did you take advantage of in growing your company?
When we first got started, we had revenue coming from Intellimark; by the time I left, we were two and a half years old as a company, so programs didn’t consider us a start-up—we were an established company. We floundered for a couple of years because access to capital wasn’t there. We didn’t own buildings or any other collateral. Our revenue was good, and things were great otherwise. But lack of collateral killed the deal every time with lenders.

So we took second mortgages on our houses; we ran up credit cards; we used cash for a lot of stuff to keep things moving. We couldn’t grow as fast as we could have if we had had capital to begin with. This last May we did some restructuring, and we hired Winch Financial to help us find capital. We got some traditional financing from Metro Bank and we got equity from individuals in the area. We recently got a letter from the (Ben Franklin Technology Partners of Central and Northern Pennsylvania) that we’re getting a $200,000 low-interest capital loan to help with recapitalization, allowing us to keep hiring and keep hi-tech jobs in central Pennsylvania. We’re expecting to triple our revenue over the next 12 months from what we had in May.

What are some of the advantages of your location?
Being in the Harrisburg area is central geographically. . . The people are great, there’s good talent, and you’re eight hours (or less) from 80 percent of the population of the United States.

It’s difficult from a capital perspective, having been in the Silicon Valley, where the entrepreneurial atmosphere is so prevalent, and there are capitalists and angel investors everywhere. . . It doesn’t exist here.

What’s the big differentiator for your company?
We have no competition that competes with us on everything we offer: data services, IT services, wireless. We can structure everything to be component-based, and this gives people more freedom and control. People have more need for higher-scale technology, and we can provide these services at substantial savings over doing it internally.

What’s next for Netrepid?
Our business plan has been focused on our data center services: the virtual hosting and cloud offerings we provide, which are becoming more and more prevalent.

We believe in training and education as a major part of our foundation. Our team is constantly upgrading their certifications. Over the next one or two years, we will be reaching out to a larger client area, including Asia, Europe and South America. 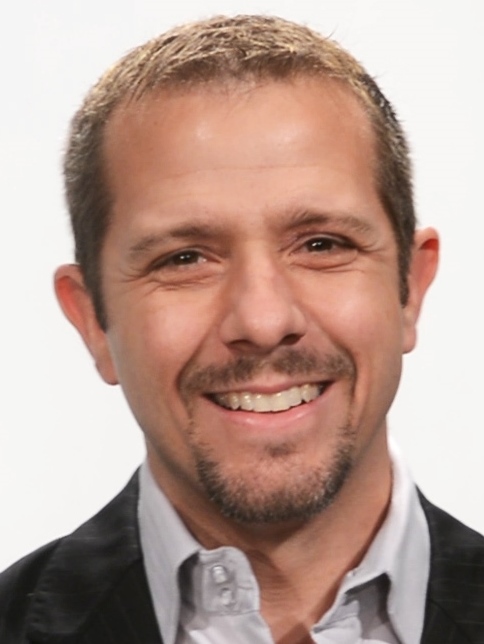