By Joe Petrucci on December 31, 2015
When robot entrepreneur Tom Lauwers talks about things like drones and other automated military robotics, he has serious qualms and questions whether powers that be have properly thought out all the implications of such technology.  He admits, however, that these technologies will be developed regardless of potential problems, and ample dialogue and social policies are necessary to mitigate the risks to society.
While many share Lauwers concern, it is somehow more meaningful coming from someone who is trying to commercialize robotics technologies that will transform education.  He founded BirdBrain Technologies in 2010 after five years earning his Ph.D in the Carnegie Mellon Robotics Institute’s CREATE lab, where designed and created robots, robot kits and other electronic devices and developed a design process for how to align capabilities and interface of these devices to a specific educational context.
The company has developed three products from Lauwers’ time at CREATE, including Finch, which aims to improve retention in high school and college computer science curriculum; Brianlink, which connects your robot to your computer and uses a software environment to make it easy to write programs that control your robot; and Humminbgird, which helps build expressive and communicative robots out of arts and crafts materials.
What was the inspiration for BirdBrain Technologies?
The projects I was working involved hardware design, software design and large-scale educational purpose. It wasn’t that different from product design where you’re involving end users. And we had teachers and students at every step of the cycle. It got to be that teachers were asking about the technology, and how they knew other teachers who would like it. They wanted to know how to get it. As a research program, we didn’t have an answer. I started the company essentially to commercialize the products coming out of that lab. The products I’ve commercialized so far, I’ve been deply involved with their development and know them well. In theory we could have tried to license them to another company, but we didn’t think that would be successful. So I started the company to bridge the gap between research programs that create something interesting that’s almost a product into something that people can buy.
What was the biggest challenge in launching the company?
I launched my first product in February, 2011 and the entire time since June, 2010 when we founded the company, I was trying to find money for initial inventory. Fortunately Carnegie Mellon provided a loan to help me get started. They’ve been very supportive. Then it was finding manufacturers. We manufacture in China right now, so shipping is an issue. We had to figure out warehousing. All that initial set-up was the biggest challenge.
How is your company growing?
So far the engine I set up in the beginning is still chugging along. Two of our products are doing really well. In terms of growth, realizing that this is a bootstrapped company starting at a low base, our revenue basically has doubled year over year so far. Judging by trends in the last few months, we’re going to double again this year. In terms of products sold, we have about 4,000 out in the world, which is personally gratifying.
How do you differentiate yourself in an increasingly competitive sector?
I think our space is fairly competitive in that there are a lot of options. It’s not as if every student in middle school and high school have been exposed to robotics. I think there’s lots and lots of space to grow if growth is approached the right way. It’s not just about finding the same market of kids with failry wealthy parents who can afford their own robotics kits. It’s about bringing design and robotics to every student in the school. That’s how I’m trying to differentiate myself.

Especially with the Hummingbird, certainly some of my customers are using it with a gifted program, but I think it’s best used as a classroom tool for all students to use. It’s very approachable and no prior experience is required. It’s more of a tool for engaging and keeping students interested rather than engaging already interested students. We’re trying to make tools more approachable and as usable as possible and as widely applicable within the school curriculum as possible.  Don’t just use it in engineering or computer science classes. Use it in art class. Teachers have even used it in English and History class. Anywhere a craft project can be used, you can use Hummingbird. It’s something more for the masses.

Pittsburgh is a robotics hub. How has that helped?
I’m a member of the Pittsburgh Technology Council and go to their events, which have been helpful. Even before I was a member, the robotics ecosystem here is great for startups. When I needed advice on any of those issues when I started the company, I went to people I knew personally in robotics, like the guys at Bossanova. That was very valuable. That’s probably why the engine is still chugging along.
With such strength in robotics, can Pittsburgh produce a large-scale robotics success story?
It’s kind of hard to make this happen, but it would be nice to have a company grow to an actual large size. There are a lot of robotics startups here. Many of them have sold for tens of millions of dollars. That’s good in that it seeds capital. The entrepreneurs that sold those companies tend to be interested in helping more startups succeed. It would be nice to see a company grow to an IPO-level size. And I wonder what you’d need to make that happen. Research and talent are certainly here. Maybe it’s just a factor of the overall startup ecosystem in Silicon Valley and Boston. They attract so much more money that it’s possible they can grow companies larger while here companies grow to a certain size
When did you know you made the right decision in starting BirdBrain Technologies?
Every time I get feedback from someone saying they just used our kit with their 10 year-old and built a robot together and learned programming. I get more of those emails than ‘I hate your product,’ which is good. Every time I get something like that, it makes me think I made the right decision. I wasn’t sure anyone would actually buy what I made. Once that started being validated, that boosted my confidence and feedback like that makes you feel awesome.
What’s next for BirdBrain Technologies?
What I’m focusing on this year is making our software support better, making our documentation better and also something I haven’t done very much of – marketing. Most of my marketing has been word of mouth through networking and the occasional conference. But with Hummingbird, out of 1,000 kits sold, almost half have been in Pittsburgh. We can replicate that in larger metro areas.
— by Joe Petrucci 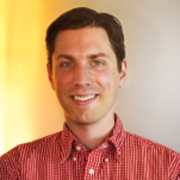