More than four million people travel Pennsylvania’s picturesque Route 6 every year. An overwhelmingly majority are on four wheels. Now a serious effort is underway to make the iconic roadway — named by National Geographic as “one of America’s most scenic drives” — friendly to those on two wheels or two feet.

Running for 427 miles across Pennsylvania’s northern tier, Route 6 links dozens of small towns, historic sites, recreational areas and natural landscapes. The PA Route 6 Alliance, which manages the state-designated Heritage Corridor and heritage areas in the adjoining 11 counties, has identified pedestrian and bicycle accessibility and safety as key components of its recently-enacted management action plan. According to Terri Dennison, the Alliance’s executive director, the Pennsylvania Department of Transportation (PennDOT) “recognizes [Route 6] has potential as a major bike route.”

PennDot is currently working on a bicycle plan for the first 100 miles of the road, from the Ohio border to mid-McKean County, focusing on road conditions, sa 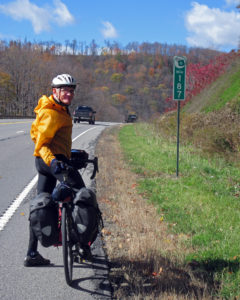 fety, accessibility and connectivity to trails and other attractions. Dennison expects the plan to be completed by late fall, and implemented within two years, while planning continues for the next section of road moving east.

In many places, cyclists do not take priority and there are thousands of road accidents occurring every single year. This in turn means that many people look to a bicycle injury lawyer in order to get compensation from the accident and help them to pay the cost of their injuries, however when these accidents are fatal there is no form of compensation that will ever be enough. Hence why creating these trails is the best way to ensure the safety of cyclists every year.

There are already marked bike trails along some sections of Route 6, adds Dennison, and many of the small towns along the way have traffic calming and other pedestrian-friendly features. More bike and pedestrian infrastructure has great potential to yield new business and recreational opportunities such as bike repair shops, cafes and overnight accommodations.

The history of the road is traceable to 1807, when the state mandated a road through the Moosic Mountains to points west. In 1925, it became a part of U.S. Route 6. Stretching from Cape Cod to California, the thoroughfare was one of the first transcontinental roads and remains one of the longest highways in the nation. But in 1957, the road was denied entry to the interstate highway program. (That designation went to I-80 to the south.) Then-Governor Ed Rendell designated Route 6 a Pennsylvania Heritage Area in 2005.

Route 6 remains a working road, carrying truck and other commercial traffic. Ironically, the slowdown in the shale industry has had an unexpected upside, says Dennison, with the marked drop in truck traffic a boon to bike and pedestrian safety along the mostly two-lane road.