The Lancaster Food Company (LFC) is doing well by doing good. The fast growing, mission-driven, organic food company recently announced that it is offering a $15 minimum wage (more than double the Pennsylvania standard), and setting aside 30 percent of the company for its employees through stock options.

Co-founder and CEO Charlie Crystle sees the initiative as a win-win. 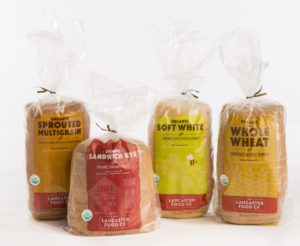 “First, it’s the right thing to do,” he says. “People who work all day should be able to pay the bills when they get home. It also builds employee loyalty — these are good jobs, employees are respected, they treat each other with respect and work as a team. And when they have ownership in the company, they’re more invested in their work. It really shows in the quality of the products, which we make largely by hand.”

The company recently announced its expansion into an 8,200-square-foot facility, and will double its workforce by the end of 2016 to about 38, including 14 new production jobs. In the past two years, LFC has expanded the availability of its offerings from one store to over 100, and increased revenue from 2014 to 2015 by a factor of eight. 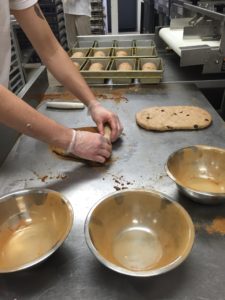 But that is only one element of their success. LFC was founded in 2014 with the specific goal of addressing Lancaster’s high poverty rate by creating jobs that pay well. They also hire people who might otherwise have difficulty getting work because of their personal history, education, literacy or language barriers.

Crystle and cofounder Craig Lauer met 12 years ago at a social impact conference. Lauer spoke about his role as a bakery CEO and his words resonated with Crystle: “We don’t hire people to bake brownies, we bake brownies to hire people.”

Looking ahead, the company is working on adding organic rolls and plans to test the market for other baked goods and products including organic salsas, without ever losing sight of the mission.

“To reduce poverty anywhere, you have to create jobs that meet people where they are in terms of skills and education,” explains Crystle. “Food manufacturing jobs are perfect for that.”