It’s been a long road for Karina Sotnik, from the former Soviet Union to Silicon Valley, to the University City Science Center, where she is now busy taking over the world. (Actually her job is to attract international companies and help local businesses develop overseas markets.) She is also working on a new initiative to bring immigrants into the region’s entrepreneurial ecosystem.

We chatted with Sotnik about her international biography, her foray into retail, and her efforts to convince foreign companies to land in PA.

Keystone Edge: Please tell us about yourself. How did you develop a specialty in international business attraction?

Karina Sotnik: I came to the U.S. in 1988 from Latvia or what was then the Soviet Union. Gorbachev opened the door a little and I escaped. I had just graduated from university with an engineering degree and found myself in San Francisco at the beginning of the “fat ’90s.” 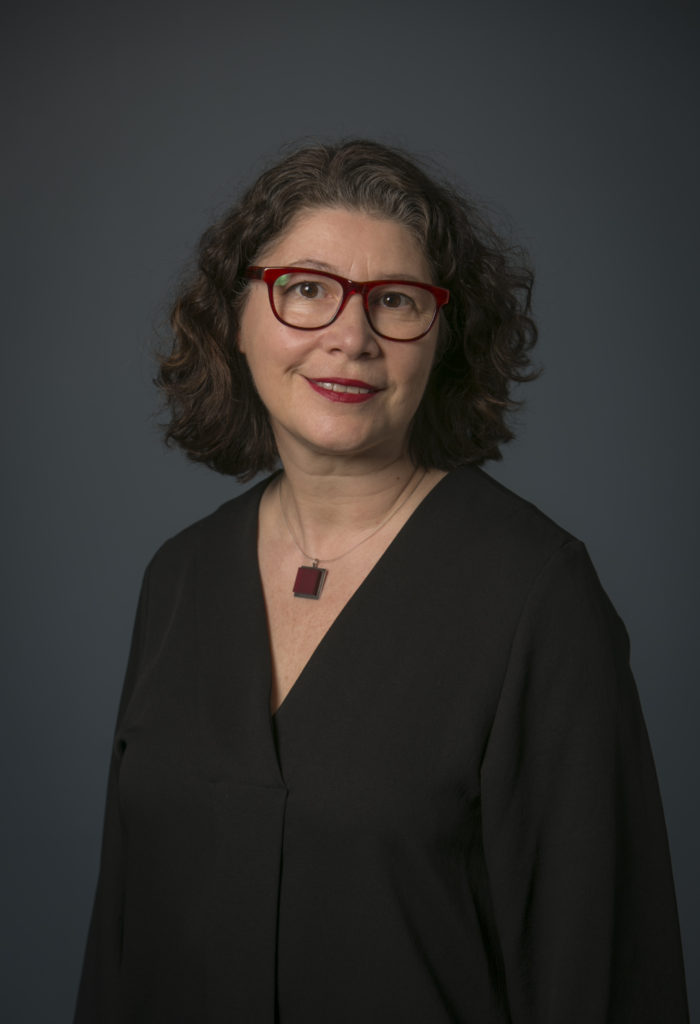 I spent over a decade in Silicon Valley, forming international partnerships for U.S. companies and going through IPOs twice, only to lose everything in the crash of 2000. A pretty typical American story!

In 1997, I met my future husband, and gave birth to two daughters a few years later. In 2002, we moved to Philadelphia where my husband was offered a position at the University of Pennsylvania.

What happened when you came to the East Coast?

When we arrived in Philadelphia, I didn’t know anyone here and I had a 180-degree turn in my career. I decided to open a retail store and import European linens and home accessories. Don’t ask me why — I don’t even like shopping! I didn’t know anything about import or retail, and had to learn fast.

The first year I opened, in 2003, I was on the cover of Philadelphia Magazine in the “Best of Philadelphia” issue. When later I couldn’t find the right baby product for my store, I decided to manufacture it myself in Europe and started a wholesale and e-commerce business in addition to retail.

I manufactured and imported mostly from the Baltic countries, but after they joined the European Union, I noticed a serious jump in prices due to rising labor costs there. At the same time, transportation costs were doubling due to rising oil prices, and the economy here took a sharp downturn in 2008. I closed my business in 2009.

I went into consulting afterward and spent a year in Europe, where I got engaged with the academic incubators and started to help local startups prepare to enter the U.S. market.

When we returned to Philadelphia, I joined a very energetic group called PCI Ventures at the Penn Center for Innovation that is helping [University of Pennsylvania] faculty to start and grow companies based on their inventions. I grew and managed a portfolio of 19 companies and started a digital accelerator for mobile apps that I ran for five years, giving birth to close to 20 companies and products.

Last fall, I joined the Science Center as director for Business Incubation and Accelerator Programs. My task is to build a sustainable program, and my initial focus is on building an accelerator platform for international companies to help them enter the U.S. market and become successful here in Pennsylvania.

Why is this a good moment for the Science Center to emphasize international companies?

The Science Center has been a designated Global Soft Landing site for at least seven years. During that time, we helped numerous international companies land and expand in the United States. We provided space, community and guidance, but the latter was not given in any kind of systematic [way]. We reached into our Rolodexes when asked, but didn’t have any structured program to help companies with the fundamentals that they all need regardless of the field they are in or the country they are from.

Through this new program, the Global Startup Accelerator (the name may change), we will first be offering a one-week to 10-day boot camp to assist companies with the fundamentals of entering the U.S. market. From my experience, companies are usually very opportunistic in their approach to the U.S. — they may have a good conversation with a potential partner or the CEO’s cousin lives somewhere in the U.S., and this usually determines where the company will try to land.

Also, most of the companies have no realistic expectation of how to budget for their financial and human resources needs during such expansion. We are trying to address that through our boot camp and provide each company with a good roadmap to follow for successful entry into U.S.

After the company graduates from boot camp and is ready to make a move, we will have a fellowship program to assist with hiring the general manager or other [high] level people, find board members, introduce them to investors and assist with strategic partnerships and sales.

What are the most promising sectors?

The profile of the ideal company will be in the broadly defined “science and technology” space. I think the companies that would benefit the most are in the life sciences (therapeutics, diagnostics), medical devices, digital and mobile health but also, fin-tech, ed-tech, [Internet of Things] and robotics. The ideal company will not be in the very early stage, but rather already at revenue in their own markets (this proves market traction) and perhaps already selling in some other market and thinking of expanding to the U.S.

A lot of international companies only think of San Francisco or New York when thinking of the U.S. As someone who spent over a decade in Silicon Valley, I can usually talk people out of the West Coast, and New York is just as expensive. When I point out to people that we are one hour away from NYC and are 23 percent cheaper than Boston, with the similar access to talent and industry, this usually puts Philadelphia on the map as a place to land.

What exactly is the Welcoming Center for New Pennsylvanians initiative?

The Science Center, together with the Welcoming Center for New Pennsylvanians, received a three-year grant last year to help local companies expand to international markets (specifically Europe and India) through a targeted outreach to local immigrant communities.

The idea is that we have an untapped, but very valuable resource right here — with a lot of connections to the markets in their own countries — but our companies are not taking advantage of it. U.S. companies usually do not think of international expansion until an opportunity presents itself and they are often not prepared. We are planning to create awareness and give companies the necessary tools to start planning their global expansion.

WRITER IN RESIDENCE is a partnership between the University City Science Center, Keystone Edge and CityWide Stories that embeds a reporter on-site at Quorum, the Science Center’s clubhouse for entrepreneurs at 3711 Market Street. The resulting coverage will provide an inside look at the most intriguing companies, discoveries and technological innovations coming out of this essential Philadelphia institution.