At her Hershey-based startup, Laura Barta has her eye on the BIG picture. Literally. Her Whole Wide World Toys, launched three years ago, makes play kits “to inspire kids to be curious about the world,” she says.

The idea came from her family’s own expatriate and travel experience. Barta lived in Germany, Poland, Egypt, and India over nine years while doing product development and design for Proctor & Gamble. Her two children, now in their 20s, were born in Mumbai and Cairo. Barta herself has visited more than 50 countries.

“Living overseas and traveling has profoundly shaped our lives,” she explains. “All of us are involved in the world in our own ways. I think a positive world view has given my kids more options in their lives – from education to jobs to travel. They’ll be open to global ideas and opportunities, and able to work cross-culturally. I think they’ve also gained confidence from being a bit outside of their comfort zones. Plus, being born in Cairo and Mumbai gives them a good fun fact for the icebreakers they’ll be doing for the rest of their lives.”

“News makes the world seems scary,” she says. “My toys explore the most interesting part of the world – people! Many kids are introduced to the world through geography and foreign language, with culture for extra flavor. To me, that’s backwards. I see people and culture as the spark for their curiosity to learn about all things global. And with all of that, kids gain cultural curiosity and cultural understanding.” 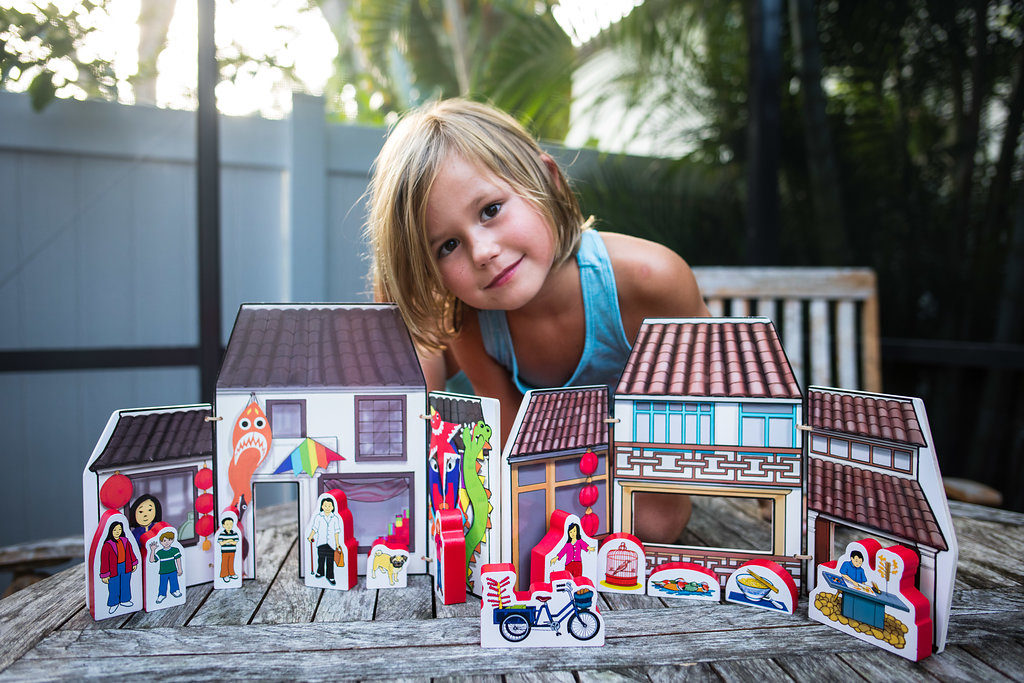 “I chose China because it’s a globally important economy on the rise,” says Barta. “Kids who are curious, knowledgeable and respectful of Chinese culture will benefit by being interested to work across cultural boundaries.”

Joshua Benton — a partner in AndCulture, a Harrisburg firm focused on design and engineering, and the Catamaran startup accelerator — is a big fan. He’s also the father of seven-year-old twin girls who play with the China set. He appreciates that the toys are both modern and low-tech.

“Even though I’m in tech, we try to limit our children’s exposure and usage of technology,” he says. “In our view, using technology, especially early, really prohibits the ability to ‘learn how to be bored’ – otherwise known as using your imagination.”

Barta concurs: “Because parents and kids alike are constantly tempted by digital distractions, parents value time spent with traditional toys more than ever!” 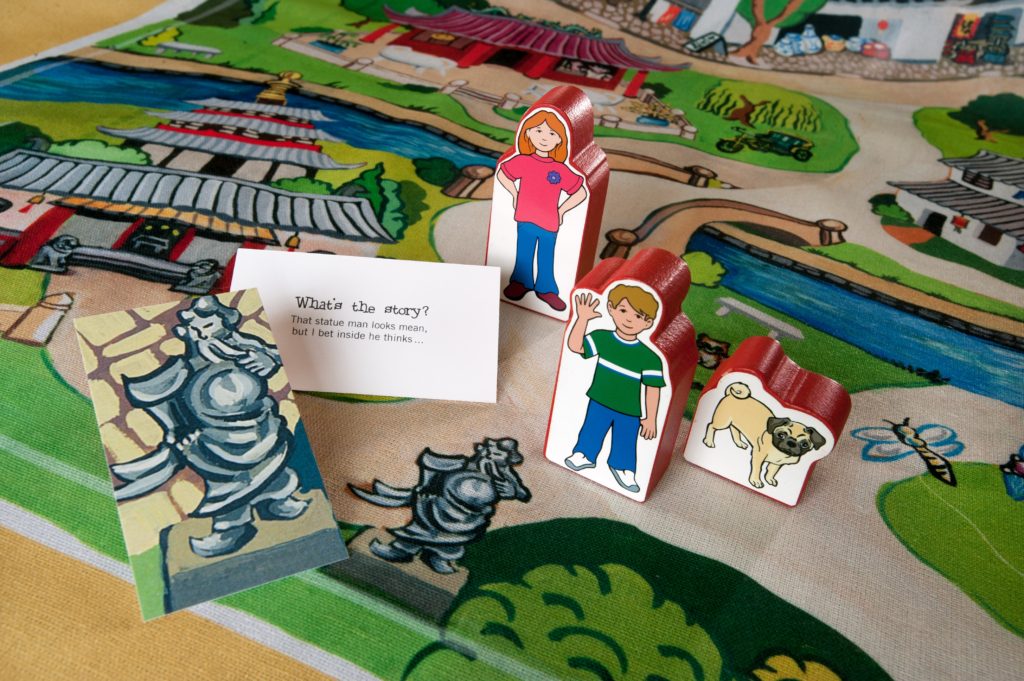 “Parents and grandparents want their kids to have options in a changing world — to be ready for study abroad, job opportunities and culturally blended communities.” she adds. “They want to give their kids the world.”

Barta says her process for developing the kits is itself one of cultural discovery. First she writes a cultural outline using online research, highlighting parts of everyday life that kids would love. Next, she travels to the country to observe, update and connect with that initial research. She talks to locals and takes photos. (“I’m the strange person snapping photos in the grocery store and of people’s houses!”) She is sure to tap local resources who help make the toys fun, interesting and respectful. Finally, she hires a cultural consultant from the country for a final check and seal of approval.

The kits are made from a variety of materials – wood, fabric, and paper – and manufacturing them is complex, involving a variety of processes, including handwork like stitching and assembly. They are made in China, although Barta says she’s interested in finding a domestic facility that could do the job.

Whole Wide World Toys has multiple new products in the pipeline, some at lower price points “for when your child has been invited to five birthday parties and you want clever toys for a humdrum price.” The World Village Playset Ireland will launch in September.

“I chose Ireland to reflect the heritage of many Americans,” she explains. “Plus, people who have emigrated from Ireland are just so proud to be Irish!”

She’s also ramping up her trade show presence and marketing efforts as the new toys launch.

Sales are brisk, with products available at the company’s website, via Amazon and at two brick-and-mortar toy stores: Toys on the Square in Hummelstown and The Learning Source in Camp Hill. 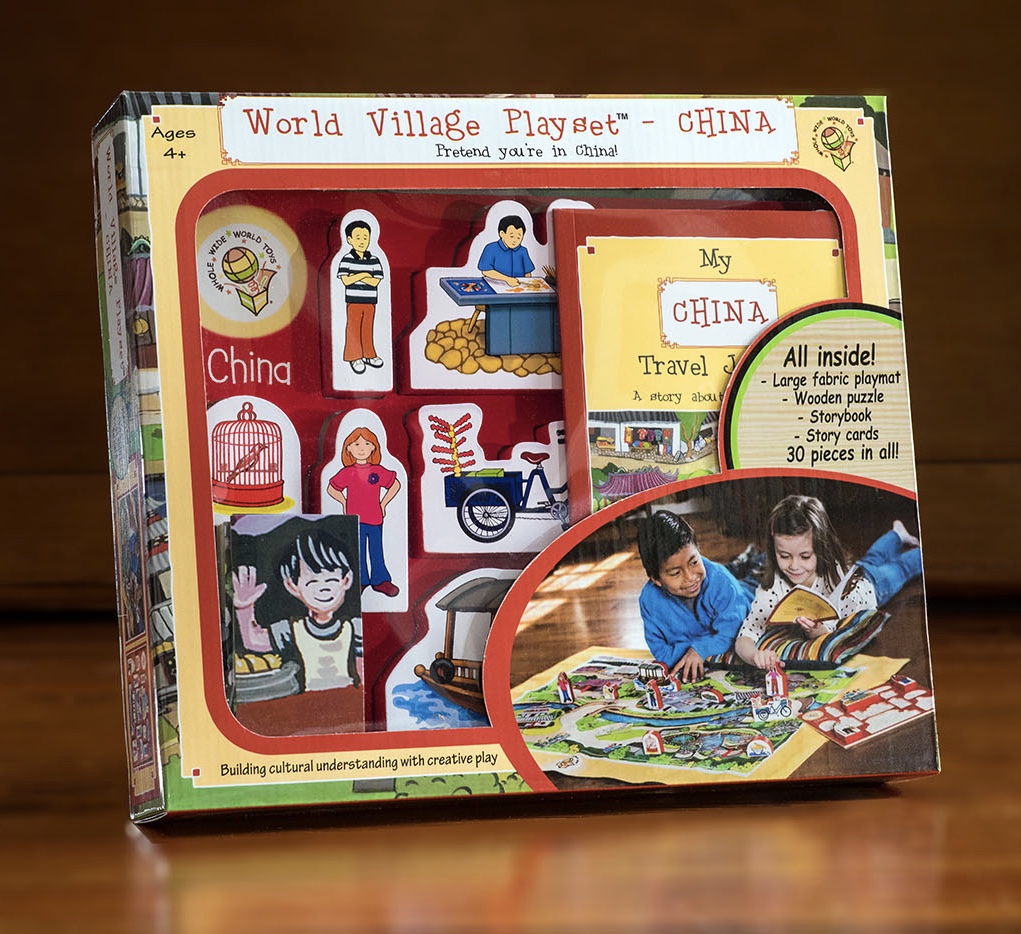 Whole Wide World Toys also has a charitable component, running contests to give away playsets to teachers and homeschoolers, and donating money to charities such as the local food bank and Room to Read, which promotes literacy and gender equality around the world.

“I especially love to donate to low-income schools because it gives kids who might not be able to travel a window to the world,” says Barta. “The very best day for me is seeing kids exploring World Village Playsets together in a classroom.”