In the 2020 election, PA business leaders are getting out the vote

In recent years, more and more companies have been helping their employees get to the polls on election day, but in 2020, the role of business in supporting our democracy isn’t stopping there. Across Pennsylvania, a wide range of leaders are teaming up to see if businesses can leverage consumer trust to benefit our election.

“I think elections are really the voice of the people,” says Darby DuPre, the product marketing manager at QuotaPath, a small software services company based in Philadelphia and Austin, Texas. The QuotaPath team raised funds for Operation Vote Safe, a nationwide get-out-the-vote effort with partners throughout Pennsylvania. “We live in a capitalist society, and businesses need to do what they can to strengthen our civic health.” 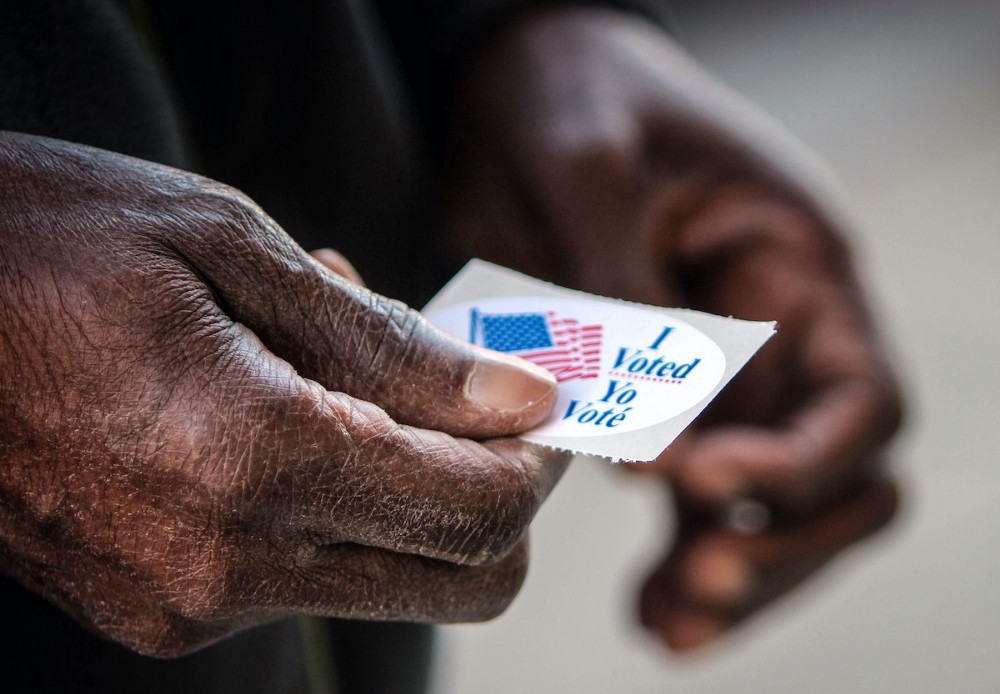 Operation Vote Safe, launched earlier this year under the umbrella of the nonpartisan nationwide nonprofit Business for America (BFA), is mobilizing business leaders to support a safe and secure election during the pandemic. Participating businesses, large and small, make pledges like donating PPE and other equipment needed to ready the polls this year, helping recruit poll workers, lending their facilities, or educating their communities about the election.

BFA and Operation Vote Safe want to harness that messaging power, and the community infrastructure of businesses, to support our elections.

Petrucci came to this job in February 2020, just before the pandemic ground life in the U.S. to a halt. At the time, BFA’s 2020 election efforts focused on promoting Time to Vote, an initiative launched a few years ago by a consortium of about 700 companies (including Patagonia, Levi Strauss, PayPal, and Walmart) who pledged to help their employees get to the polls.

“A lot of people say they didn’t vote because they couldn’t find the time,” explains Patagonia spokesperson J.J. Huggins. “Businesses said, ‘That’s a problem we can solve.'”

A few of those solutions include giving workers time off on election day, and providing information on how, when, and where to vote.

Petrucci notes that even before the pandemic hit, Pennsylvania needed some extra support. PA Act 77, a bipartisan bill signed by Governor Tom Wolf last October, enacted major changes in our state’s election laws: Voters can now request mail-in ballots without an excuse – a prescient move just a few months before a pandemic. Getting election officials ready to execute those changes, as well as preparing the public, was an enormous project on its own.

But from February to March 2020, things changed even more.

“Let’s talk about how Time to Vote fits into a COVID world and what the messaging looks like,” Petrucci says of their initial response. “April goes by. May goes by. It becomes clear that COVID isn’t going anywhere anytime soon. It’s going to play a role in the primary election… That’s when we started to turn our attention to election preparedness.”

Nationwide protests against racial injustice in early summer galvanized voters, and election officials scrambled to handle closed or relocated polling places, a shortage of poll workers, and the need for PPE.

BFA lobbied Congress for $3.4 billion to go towards these voting needs in the CARES act earlier this year, without success. The organization held advocacy calls with senators Cory Gardner, Roy Blunt, and Pennsylvania’s Pat Toomey.

Businesses are worried about workers’ health, and as Petrucci puts it, grew “concerned about the disruption and chaos of a disputed election.” Across Pennsylvania, 67 counties were tallying their election needs, down to facemasks and shields, sneeze guards, extra pens, and floor tape to aid distancing in polling places.

May and June saw the bulk of the initial advocacy work for Operation Vote Safe, and by midsummer, the program launched with a portal for businesses to pledge their support.

With just 18 full-time employees (11 in Philadelphia and seven in Austin), QuotaPath is among the smaller businesses on the roster, but that was no barrier to chipping in. Dupre launched a fundraiser for Operation Vote Safe in the QuotaPath offices, and within a few days, staffers’ donations and a company match totaled $1,400 toward the purchase of PPE for poll workers.

“We really believe in creating a healthy democracy,” says Dupre on why it was “a really easy yes” to be involved with Time to Vote starting in 2018, and Operation Vote Safe this year.

In the realm of bigger brands, Patagonia was a cofounder of Time to Vote, and has jumped in with Operation Vote Safe in Pennsylvania and across the country. Fulfilling a Time to Vote pledge, the company already closes its offices and retail locations on election day. This year, it’s stepping up with PPE donations for poll workers across the country, including 1,000 cloth facemasks for the Allegheny County election office in honor of Patagonia’s recently opened store in Pittsburgh.

“We’re repeatedly reminding our community on when, where, and how to vote,” says Patagonia’s Huggins. The Pittsburgh store features signage with voting info in its windows. All retail locations dispatching mail and curbside orders are packing each box with a postcard listing key voting dates in that state.

“I think you’re starting to see it across the business community in Pennsylvania and across the country,” says Huggins. “People are looking more and more to business leaders as a source of information and inspiration.” With more CEO peer groups (look at LXCouncil for more information on this) to come through and discuss these matters, the state and the country are sure to take motivation from their leadership.

Operation Vote Safe is also working with nonprofit organizations such as The Food Trust and the West Philadelphia Corridor Collaborative to identify high-traffic recreation centers and small businesses like salons, barbershops, and bodegas, turning them into voter information hubs with specially printed cards and posters. With canvassing and voter-registration drives down because of the pandemic, local businesses can become important centers for engaging voters.

“All business benefits from a stable democracy,” adds Huggins. “It’s just the right thing to do.”

According to Petrucci, there’s a “a clear mandate” for businesses to encourage voters. “We need politics like we need clean water and safe bridges and schools,” he adds.

Business leaders may support a range of issues, like fighting gerrymandering or advocating open primaries; tackling climate change; or promoting early childhood education and healthcare access. But none of those can be achieved without a functional election.

“It’s a different kind of corporate interest in politics,” he explains. “It’s not about a candidate. It’s about getting involved in the process and supporting that civic infrastructure.”

“Small businesses are very trusted entities,” says At-Large Philadelphia City Councilmember Derek Green, who’s been involved with Operation Vote Safe this year. “When you think about it, most businesses in the city and Commonwealth and nation, they’re small businesses.” Business owners also tend to be your committeeperson, block captain, or civic association leader, he notes, so “it makes sense that owners of businesses are held in high esteem.”

It behooves any business to stay politically active and advocate for themselves as legislators create policy, but engagement in an election “also helps develop stronger relationships with your customers and employees,” adds Green, who see that activity as a sign of genuine investment in the community.

“I think it will continue to grow because the time will call for it,” says Petrucci of this new kind of investment in our political infrastructure. “Business has no choice but to step up.”

*Joe Petrucci is a former editor of Keystone Edge.