Fostering the next generation of manufacturing workers

For a long time, manufacturers were “very quiet about the industry, putting their head down and doing their job,” says Tom Palisin, executive director of the regional Manufacturers’ Association, which is headquartered in York County and serves the south-central regions of Pennsylvania. But that habit of keeping quiet is changing, and a new headquarters announced in late 2020 is in line with a fresh way of thinking that modern job-seekers should pay attention to.

Currently co-located with machine-part manufacturer Ammac, the association had been looking for a new home for several years. The new space in Emigsville (about five miles north of York) — and just a mile down the road from the association’s current home — will be dubbed the Manufacturing Center of Excellence for Apprenticeship and Training. The 12,000-square-foot HQ will include an expanded machine shop for hands-on training, a larger computer lab, a manufacturing showroom that’s still under development, and leased office and event space for association members and partners.

The Manufacturers’ Association currently trains nearly 2,000 people every year, and hopes to dramatically increase that number with the increased space and resources, offering technical and professional skills training.

Palisin is proud to note that the association was just approved for the state’s first four-year apprenticeship in robotics and automation (a Pittsburgh-region arm already has a two-year program for robotics), made possible in part by the state-of-the-art labs in Emigsville.

But the association has a broader focus that begins even earlier: They run a pre-apprenticeship program targeting high-school students. The program launched in York County and has since expanded to Perry County.

“That’s a big deal for us,” says Palisin, “to make sure there’s a work force in the future that’s available to our manufacturers.”

Year one of the high-school program offers classroom training about manufacturing, and year two builds specific trade skills, with students earning credentials along the way that position them well for future job-training.

In the 21st century, a lot of people don’t think of manufacturing as a stable or desirable career, with pervasive narratives about decline or jobs going off-shore, but Palisin would like to change that.

He points to a recent Deloitte study predicting that the industry will need to fill three million manufacturing jobs within the next decade. Part of the gap is due to the industry’s burgeoning technology, especially in robotics and automation, which requires highly skilled workers that are increasingly hard to find. A Manufacturers’ Association survey in fall 2020 found that 40 percent of its 370 members were hiring, but 80 percent of those were finding it difficult to fill the jobs. 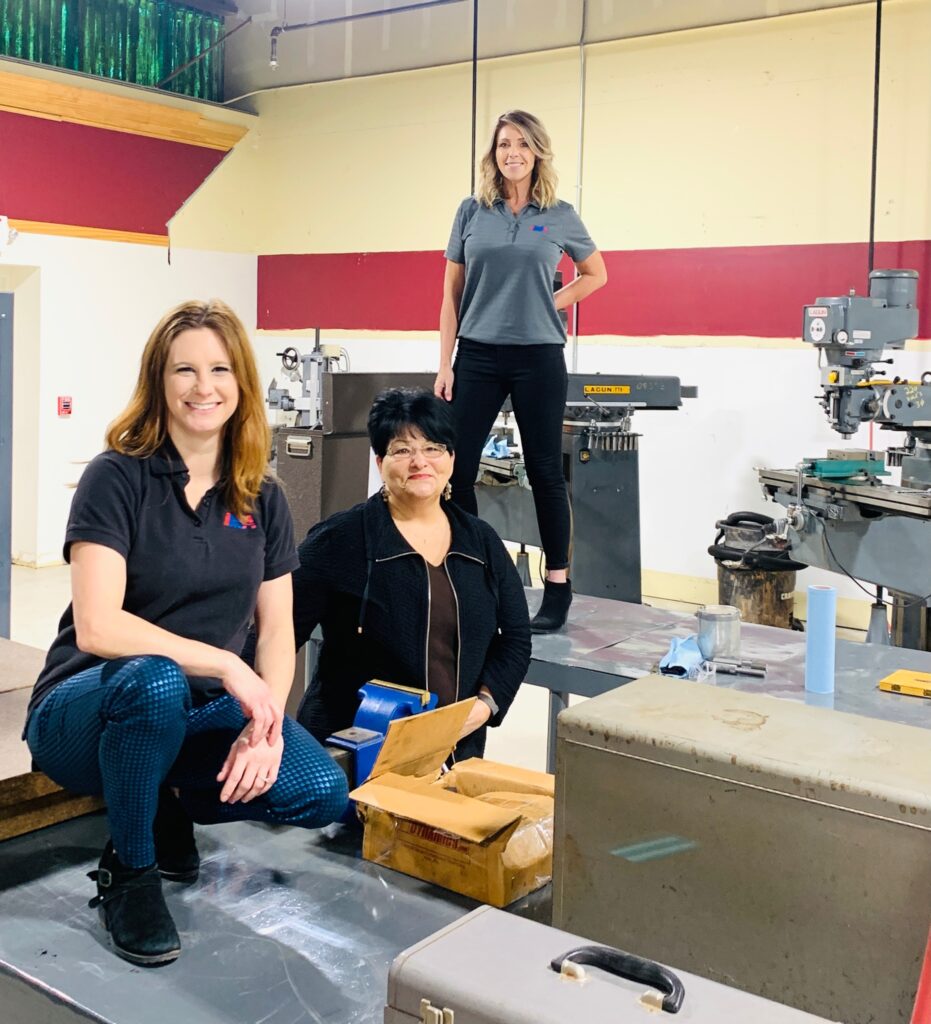 “Certainly it’s counterintuitive to do this big expansion at this uncertain time,” says Palisin of launching a new headquarters and expanded programming in midst of the ongoing pandemic. But the industry needs skilled workers, so “why not get prepared for this now?”

“We have an older workforce,” he explains. “Thirty percent of the employees are 55 and over.”

In the industry overall, the proportion of workers over 55 is 20 percent or less.

“That’s a lot of skills and knowledge retiring,” he continues. Transferring that knowledge to the next generation, through apprenticeship and pre-apprenticeship programs, “is critical for Pennsylvania.”

From the outside, manufacturing has often been stereotyped as “dangerous, dirty, dark, low-paying, low-skill, or jobs are all going offshore,” adds Palisin.

But that’s not true.

“There’s a lot of high-skilled, well-paying jobs” right here that are central to modern concerns (think making medical equipment to enable our COVID response). “It’s a creative, high-talent, safe, bright, clean career that you can pursue.”