Q and A: Terry Singer of Ben Franklin Technology Partners 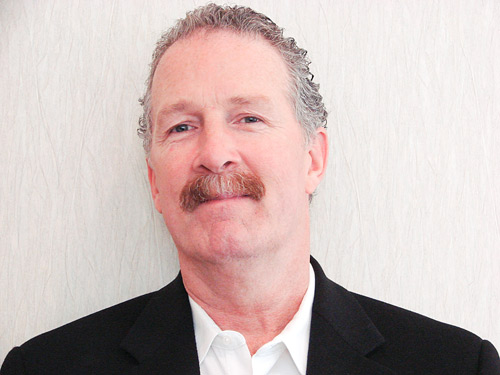 A new study by the Pennsylvania Economy League showed that companies funded by Ben Franklin Technology Partners grew the state economy by $9.3 billion from 2002-2006, created thousands of jobs and returned $3.50 for each $1 spent. We talked to Terry Singer, Director, Statewide Affairs for the Ben Franklin Technology Partners about the success of the program and how it can help the economy through tough times.

Keystone Edge: As the Pennsylvania Economy League report showed, Ben Franklin Technology Partners has been quite successful in getting a good return on investment. In the current recession economy, do you think this a trend that will continue?

Terry Singer: I think it depends on a few things. Contrary to what the average person’s intuition might be, there are a lot of reasons why a recession is a good time to start a business. You have a lot of corporate layoffs happening–folks who have technical knowledge or insight into certain industries, maybe they’ve had an itch for who knows how long to try something and now they find themselves laid off with a pretty good severance package. Maybe they’re a little older, their kids are out of the house, and a lot of them give entrepreneurship and creating a new kind of technology a whirl. It’s almost like it’s time for a new crop to be planted, with these folks being available, with them having some resources, with them coming out of industries where they’ve seen how a product can be improved or a how to meet a particular need of the customers that’s not being met by the company.

KE: Has Ben Franklin’s success been partially a matter of getting better at choosing the project most likely to succeed?

TS: We’re getting much more sophisticated about what we do and much more experienced. We’ve been doing this for 25 years, but in the last five to seven years I think we’ve really refined what we do and now we’re beginning to see bigger and bigger successes. The other part of it is that this governor and Pennsylvania in general has a wide array of resources to support and help entrepreneurs.

KE: Is Ben Franklin more important to the economy at large during a recession than it is in times of growth?

TS: No question about it, in my opinion. Our mission is job creation. We’re an economic development corporation, we’re not in business to make money and we’re not private venture capitalists. So when we look at a company, we’re looking not only at its probability for success but also at its potential for job creation. So if the federal or state government were looking to make investments in activities that will stimulate economic growth and job creation, investment in Ben Franklin would be a wise and prudent thing to do.

KE: What advice would you give to an aspiring technology entrepreneur in Pennsylvania?

TS: The conventional wisdom that would be adopted by many would be, “gee, this is the worst possible time.” But what I would say is, if you have an idea and you have the passion to pursue it and the wherewithal and the resources, there really is no state in the country that has as many resources available to help support and guide someone whose trying to launch a new enterprise. Another reason it’s a good time is that there is a lot of manpower available. There are a lot of people getting laid off, some of them are going to take the leap into entrepreneurship but a lot of them aren’t, but they possess all kinds of skills that could help form the basis of a startup management team or a startup technology development team. So my advice would be jump in, the water’s fine.

Note: This interview was edited and condensed for space.