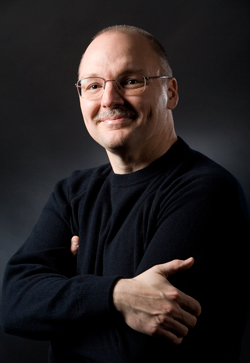 Jeff DeGraff has made it his business to understand innovation in business. As a professor at the University of Michigan’s Ross School of Business, the executive director of the Innovatrium Institute for Technology, and managing partner of a consulting firm that helps heavyweights like Apple, American Express and Toyota implement change, he is rightly known as an “innovation guru.”

He is, therefore, an apt keynote speaker for i xchange 2009 on May 12, Ben Franklin Technology Partner’s annual networking event for entrepreneurs, venture capitalists and educators–the very groups DeGraff says are at the forefront of innovation and the key to future economic vitality.

We asked DeGraff to share his thoughts on the state of innovation and he replied that he sees three major, emerging trends.

“Innovation has moved from an individual, organizational sport to a federation sport,” says DeGraff. “This is a new trend and a big trend. It’s creating amazing alternatives for smaller companies to remain smaller and agile, not necessarily having to be consolidated, but allows them to participate in a larger innovation agenda.”

The concept of collaborative innovation relates back to the idea of open source. An easy example is Wikipedia: an online, open source, collaborative encyclopedia that’s available to everyone. Collaboration is a fact of the Internet age: with so many people connected worldwide, proprietary forms of knowledge are giving way to the open source model, which emphasizes cooperation.

But there are major concerns with collaboration, warns DeGraff. Chief among them is intellectual property. In a collaborative model of innovation, involving multiple companies, smaller firms are equal participants but they are also not as protective as a larger corporations.

“There’s a lot more radical-ness in it, which is wonderful,” DeGraff says. “The downside is, once those things go to market, sort of unwinding who owns what. That is becoming a real challenge.”

Increasingly, outsiders and third parties, often in the form of business incubators or accelerators, are enabling innovation.

“What we’re seeing is regions and industries basically making the play for a unique ability to greenhouse projects for a variety of different reasons,” DeGraff says, citing the Ben Franklin Technology Partners as a prime example.

Incubators and accelerators connected to colleges and universities are another good example, particularly when it comes to technology transfer programs, such as the University of Pennsylvania’s Center for Technology Transfer. Another is the Hershey Center for Applied Research, which is adjacent to Penn State Milton S. Hershey Medical Center and College of Medicine. 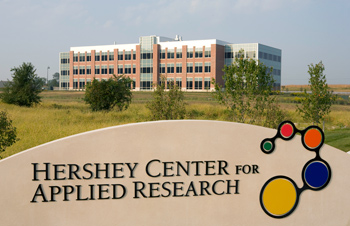 “Innovation is often now an adjunct function of communities,” DeGraff says. “The object is, collectively, we’re trying to come up with new solutions to harness the technologies that we’ve got. We might also be trying to pour alternative technologies into those technologies at the same time.”

Essentially, third party enablers are usually some combination of venture capitalists, state government and universities working together to enable innovation by means of a diverse community. In practical terms, that will often mean bolstering smaller companies that rely not on protection, like a larger company might, but on differentiation.

“I think this is going to be a golden time for smaller startups,” says DeGraff. “The real question is: do these startups all have the same path to commercialization that they had before this recession? And I think the answer is no, the roads look very different.”

Trend #3: The Changing Role of Government

Which leads to the third innovation trend DeGraff sees: a new role for government in innovation. The U.S. government has traditionally influenced innovation in two primary ways: through the Department of Defense, by which innovation shows up in the form of grants that enable technologies to be commercialized, and the Food & Drug Administration.

What’s changed, says DeGraff, is that the government has identified major industry sectors where business as usual is no longer satisfactory. The obvious examples are energy, healthcare and infrastructure–and DeGraff isn’t talking about building new suspension bridges; he’s talking about reworking the power grid.

“What we’re going to see is huge infusions, in fact we’re starting to see it already,” he says. “This will put a lot of capital into the system, but here’s the question: if it’s just to stimulate jobs, it’ll be business as usual and smaller businesses will be left out again. But if in fact the rhetoric is true–and you have to take this with a grain of salt–then they are going to be looking for some very different types of solutions.”

DeGraff sees these sectors, especially energy and medicine, as having huge problems in the future that will need “simple but elegant solutions.” Such solutions will need to come in the form of new alternatives, most likely from smaller firms.

“Because these smaller businesses have had to survive through differentiation, the most readily available solutions are going to come from those sides of the sectors,” DeGraff says. “But are they going to exist independently, or is this also going to be a time of rapid consolidation in these sectors?”

That’s a question DeGraff can’t answer right now; it’s too soon to say and there are too many unanswered questions. Where will federal stimulus money come into the system? What is the intention behind where that money goes? If, for example, the intention is not simply to build suspension bridges but to build them with a new kind of material that will not corrode, then larger, protectionist-minded companies might have to turn to smaller firms for innovative methods and solutions–hence, the first trend: collaboration.

DeGraff’s first and deepest concern is a need for more and better talent: “When you look at test scores and the number of graduates in the sciences and mathematics, it’s not encouraging.” he says. There is also a dire need for people, who, in the context of incubators and accelerators, can make the relationships work between universities, venture capital groups and government. Without such a person, a talented dealmaker, those complex partnerships usually fall apart.

The second concern is research and development. “One of America’s big strengths is that we basically outspent everyone in terms of R&D,” DeGraff says. “That is no longer true.” Part of the problem is the structure of taxes: there needs to be more incentives for spending money on research and development. DeGraff notes that one thing that has always made America competitive is that there were tax advantages to spending money on the future.

The third concern related to innovation is perhaps the most obvious: capital. There is a dire need for it to fuel innovation, but amid the current recession it is in short supply. The good news, says DeGraff, is that in the last decade much of the capital that failed never actually made it to the entrepreneurs, and it is likely that whatever the government’s recovery plan entails, it will include access to capital for mid- to small-sized companies specializing in innovation.

Ultimately, though, DeGraff admits that the economy is all over the map right now, with some sectors recovering and others getting worse. In that sense, the good news is that things go in cycles, “and it feels like we’re pulling out of this cycle.”

Even so, the guru has no easy answers: “Innovation is all about timing, and it’s the one thing we have no theory for.”