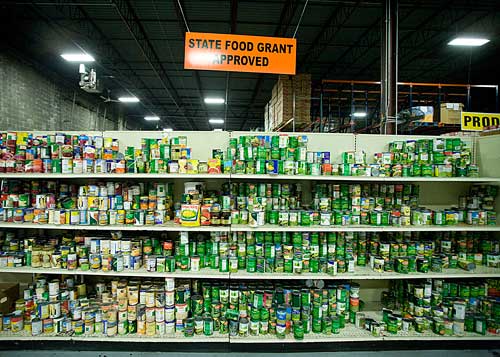 Bill Clark, executive director of the region’s largest hunger relief agency, Philabundance, says he gets weird stares when he tells people his Philadelphia-based organization is in the middle of a capital campaign, in the midst of the worst recession in decades. The campaign will convert one of its buildings into what will essentially be a large refrigerator for surplus, donated fresh produce.

Some may consider it folly, he admits, but Clark is approaching the situation from a different angle.

“It’s a lot easier to tell our story,” he says. “There’s a lot of method to our madness.”

Hamlet has nothing on Bill Clark. A veteran food industry executive who grew the company he founded in his basement to 75 people came to Philabundance eight years ago as a relative newcomer to the non-profit sector. The organization, which fights hunger and malnutrition in Southeastern Pennsylvania and beyond and distributed 17 million pounds of food last year, hasn’t stopped evolving since. 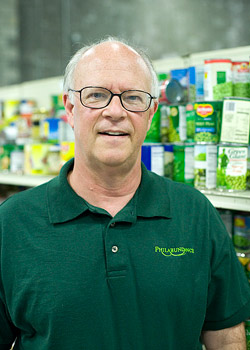 “He’s got his particular way of handling things,” says Diane Loucks, who heads Philadelphia Mayor Michael Nutter’s task force on hunger and has worked closely with Philabundance in developing the unit’s scope and impact in the last year. “He cares very deeply about this issue.”

Right now, the issue is the rapidly growing demand for hunger relief services. In a letter to the editor of The Philadelphia Inquirer last month, Clark announced the organization’s Emergency Relief Initiative, which includes a new Food Help Line, and is setting up locations throughout the region where Philabundance will direct people to obtain an Emergency Food Box. The box will feed a family for three days until they can be connected to an ongoing food assistance site.

The global recession is increasing the need for Philabundance’s full plate of services. Estimates show hefty increases–from 30-65 percent–among those seeking hunger relief services, and most hunger-relief experts believe this is as difficult time a time as they remember.

“The bad news for us is we’re not seeing an increase in food supply, not anywhere near that,” says Clark, who rattles off statistics from the top of his head, how donated dry products for June are down by 30 percent compared to last year.

Resources were slim when Clark founded his own food manufacturing company, WJ Clark and Co., in 1984. Twelve years later, he sold his interests to a large national food company and became an independent consultant to a number of marketing firms. Clark then made his way to Atlee Burpee Company, the country’s oldest garden supply company, where he overhauled the company’s organizational structure and marketing strategy. These successes became the blueprint for his innovation with Philabundance. 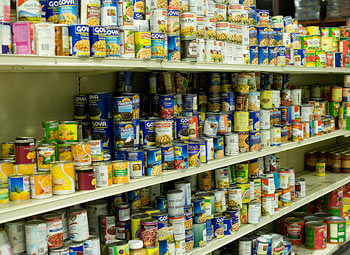 In late 2004, Clark spearheaded Philabundance’s merger with the Greater Philadelphia Food Bank, which had existed for years alongside it as primarily a canned-good handler. It served the same agencies as Philabundance, which primarily worked with produce, but with different operational profiles. Since then, their combined forces provide more services and feed more people.

The merger was immediately tested in 2005. Philabundance had a truckload of water donated from Wawa on the road before the rain stopped in Mississippi during Hurricane Katrina. Thanks to the huge response from the Delaware Valley, Philabundance was the fourth-largest provider of food to the Gulf immediately following the hurricane there.

“I’ve never been more proud of an organization,” says Clark.

More important, Philabundance became a more visible entity, paving the way for increased corporate sponsorships. Clark is the envy of contemporaries around the country at conferences when they learn Philabundance gets all its gasoline donated from Sunoco, which has operations nearby along the Delaware River.

Philabundance has other major players like the Eagles, Phillies, Citizens Bank and Independence Blue Cross on board, as well, either through donations, publicizing its mission, or organizing volunteers. SEPTA threw its significant promotional weight behind the recent debut of the Food Help Line. 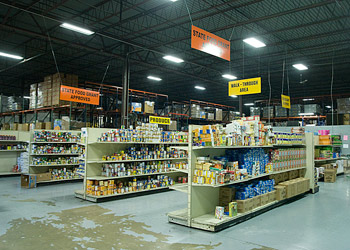 Along the way, Clark has diversified Philabundance’s dependence on fundraising revenue from 95 to 65 percent. He also started generating revenue through its Community Kitchen, which provides 500,000 heat-and-serve meals to area shelter programs. One of Clark’s biggest contributions to Philabundance, however, may be four letters: QASP.

Like most food banks, Philabundance measured its impact by how many pounds of food it provides the community. It occurred to Clark that a pound of chicken is worth more than a pound of potato chips, and that his organization should get more credit for the former and less for the latter. So Clark developed the Quality-Adjusted Statistical Pounds (QASP) metric, which factors in a product’s availability, cost and nutritional and quality value in determining its “weight.”

QASP touches most every part of Philabundance’s operation, from grant writing and reporting to acquisitions to its newest innovation. In partnership with the Mayor’s Office of Community Services, Philabundance is opening a next-generation food cupboard known as a Community Food Center. Most food cupboards consist of an agency collecting food, volunteers packing it in to boxes, and people showing up at the door for a box of food.

“It’s not the most efficient thing in our point of view,” Clark says.

At the Community Food Center, people will be given a box to load with food stocked on shelves like a grocery store. This “choice” cupboard, open five days a week (including Saturdays) will allow Philabundance to more effectively utilize all its donations, not just the most popular 20 items.

Clark and Philabundance also figure to play an important role on the city’s task force, which reconvenes in the fall a year after starting with what Loucks called “a blank slate.” City-wide collaboration to combat hunger was long overdue, Loucks says, and a complete system redesign is in the works.

It won’t be a complete surprise if that new system raises some eyebrows, or if Clark played a major role in bringing it to life.

Says Clark: “Once you see a better way for the world to be, I’m not intimidated by the ability to believe we can get there.”

Food and canned goods ready to be distributed