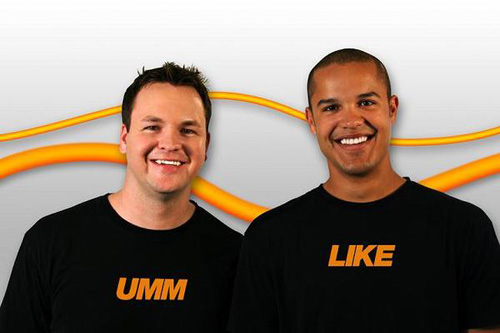 After striking out on job interview after job interview, friends and Lehigh Valley natives Randy Bitting and Miles Munz decided they needed a better game plan.  The twenty-something former hockey teammates and Lehigh Valley natives developed an idea for Interview Stream, a web-based video interviewing program that would benefit both job seekers and employers.  Less than ten years later, the buzz about Interview Stream is stronger than ever.

The site is widely used by university career centers, CareerLinks, workforce investment boards, and employers across the globe.  Their hard work is paying off–in 2007, both Bitting and Munz were on Inc. Magazine’s “30 Coolest Entrepreneurs Under 30” list.

In 2003, Bitting and Munz were like any other college students–about to graduate and pounding the pavement going on job interviews.  The two friends soon learned that the experience was not as easy as they’d expected. 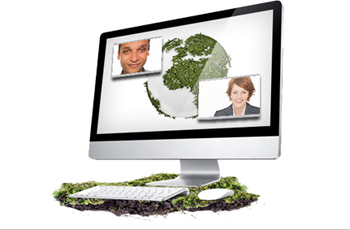 “We were both in rural schools–Miles was in Ohio and I was in South Carolina.  We wanted to move back to our rural areas, but it was hard to fly in to Philadelphia regularly,” Bitting says.

They came up with the idea for creating a program that would allow users to record themselves and conduct practice interviews.

The idea was to simply get more comfortable with the interviewing process and develop more thoughtful responses to the questions employers typically ask.

“We’ve found that most job seekers are essentially practicing on real interview, which is a terrible idea,” Bitting says.  “The opportunity can be wasted since you’re struggling through a first or second interview.” 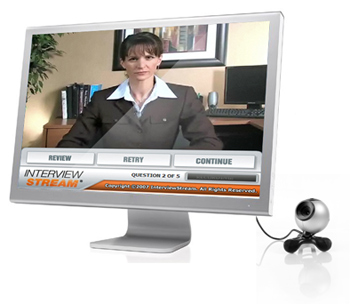 Once the friends had their idea in place, their next step was to set up a headquarters for their new venture.  They set up a home base in a spare bedroom in Bitting’s mother’s house and set to work securing clients.  University career centers were an obvious market right from the start.

“Our goal was to secure five clients,” Munz says. “We did it by knocking on doors, picking up phones, and trying to get anyone interested in our program.

Once the partners had those five clients, they approached Ben Franklin Technology Partners’ regional office at Lehigh University for financial support and got help. As part of the incubator, Bitting and Munz were able to move into a more functional office space and had access to the resources they needed to move their business forward.  The partners were able to reach out to more university career centers; user kiosks and buy-ins from local CareerLinks and workforce investment boards soon followed.  The partners then moved out of the incubator space into their current location, the former Victory Firehouse in Bethlehem, and hired additional staff.  They now employ a team of 10.

Interview Stream can be used in one of two ways. It contains more than 3,000 pre-recorded questions that the virtual interviewer asks. The job seeker can then go into website on their home computer or college university center, plug in a webcam, and choose the questions they want to be asked.  The user can review, retry, or continue and send to a counselor for review, and the information is archived so users can review and track progress. The site also contains other fun and helpful features, such as an “Um Counter” that tracks how many times the user peppers their responses with “filler words” like “um,” “you know,” “like,” etc., as well as a “Scary Interview” portion that presents various scenarios and coaches the job seeker on what to avoid doing or saying.

The second method is focused on the employer who has the option of tailoring each interview for a particular job or customizing it further for a certain applicant.  The interviews can be done remotely, saving both the employer and the applicant time and money.

“It’s amazing to see how many employers are adopting video interviews as a pre-screen tool for prospective candidates,” Bitting says.

Interview Stream’s numbers speak volumes for the site’s success. The company currently has over 400 clients around the globe, including 21 of the 25 top MBA programs in the US, with over 100,000 video interviews completed.  Munz attributes much of the growth to their first clients–college students.

“More of them are using the program from home than at the college’s career center using the webcam,” he says, adding that the peak usage time has been between 5 and 8 p.m., long after most of the career center offices have closed.

The team schedules filming sessions at various times throughout the year and welcomes users’ feedback and suggestions for questions.  “We work with our clients to come up with everything,” Munz says.  “Students really like the program.  The interview format is basically pretty dry, so we’ve made interview development fun.”

Sara Hodon is a freelance writer who lives, works, and plays in Northeast PA.  Learn more about her writing trials and triumphs on her blog. Send feedback here.

Screenshot of one of Interview Stream’s interviewers

Interview Stream’s facility at the former Victory Firehouse in Bethlehem