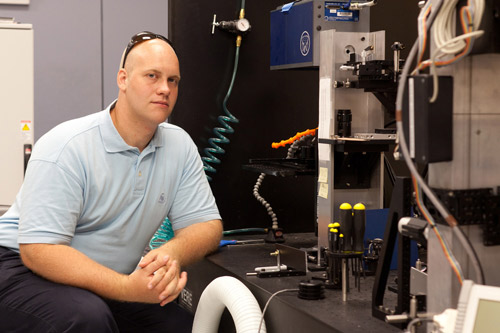 In the summer of 1997, Ben Campbell and 89 other state high school students attended the Pennsylvania Governor’s School for Sciences at Carnegie Mellon University. Campbell came from a good high school in Pittsburgh, yet his teachers didn’t have research and engineering experience. “Governor’s School,” he says, “let me work firsthand with researchers and engineers and see what they can do. It solidified for me that I could be a scientist.” 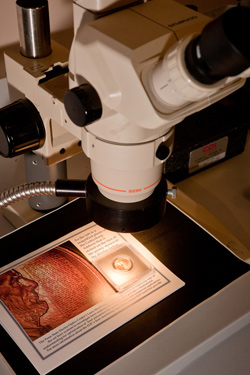 Now with an engineering PhD, Campbell works at the Penn State Electro-Optics Center in Freeport, Armstrong County, a collaboration of university, military, and industry. Campbell will also soon join Robert Morris University and credits his PGSS physics professor Richard Holman’s advice to keep his options open in academia and industry. Yet PGSS inspires Campbell in other ways: it made him an industrial and social entrepreneur, and he’s not alone.

PGSS was started by Governor Dick Thornburgh in 1982; Thornburgh himself majored in engineering at Yale. Before succumbing to budget cuts in 2009, the summer program provided the state’s most promising math and science students five-weeks of intense classes plus a graduate-level research project with college faculty. Campbell’s classmates in 1997, for instance, experimented with advanced nanoparticles that cost $1,000 per milligram, something no high school could afford.

The steep price is clearly worth it for the many PGSS alumni: over 375 of them have donated almost $100,000 toward restoring the program in 2012. Campbell with Mowry’s help has applied for an NSF grant to study formally the effects of PGSS on students’ careers. “When you put all that brain power together,” he says, “it’s amazing what can happen.”

Alumni Making Waves
Many PGSS alumni continued to colleges and jobs out of state, including stints with Teach for America, the Peace Corps, or the military, but many also remained in Pennsylvania or returned  later, often as doctors, scientists, engineers, professors, teachers, and lawyers spread from Erie to Scranton to Altoona and Lancaster. Not all chose technical fields: one alumnus co-founded HNH Multimedia Productions in Philadelphia. Yet all those alumni have likely returned the state’s investment in them. 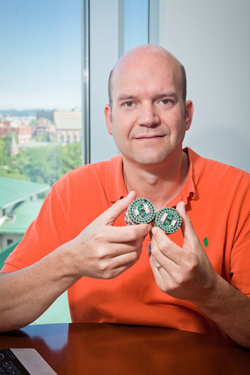 Several alumni including Campbell returned to PGSS as faculty. That return launched Campbell’s entrepreneurship. He was working on a Navy program researching applications for lasers in manufacturing when he boasted to his PGSS students, “With laser micromachining, I can write the Gettysburg Address on a penny.” One young experimentalist retorted, “Have you done it?” “I said no, but I went to the lab to prove it. That spun off a company called Laser Coins.” With the help of a Pittsburgh manufacturer, Campbell’s Laser Coins produces pennies with Lincoln’s speech in a cartoon bubble between the President’s eyebrows and his bowtie. Campbell hopes to expand into wedding announcements and other trinkets. He also hopes to restore PGSS.

Like Campbell, Todd Mowry came back. From rural Saxonburg, Mowry attended PGSS in 1983 and is a computer science professor at Carnegie Mellon University, where he has advised PGSS projects. To him, Governor’s School was “important because I had exposure to artificial intelligence, supercomputer architecture, things I wouldn’t see until grad school. Intro courses in computing were not that interesting at the undergraduate level, but I kept going because I knew what was down the road.”

Now far down the road, Mowry considers the bulk of his work “less flashy”–he makes computers run faster. Nonetheless, that was flashy enough to earn a Technology Review 35 award in 1999. The citation called him “one of the truly outstanding young computer architects in the world today.” The project Mowry prefers for cocktail parties is Claytronics, a collaboration with the Intel Lab in Pittsburgh. That project uses miniature robots that can assume any shape, which taken together, Mowry notes, “could basically make a holodeck,” the Star Trek fantasy room. 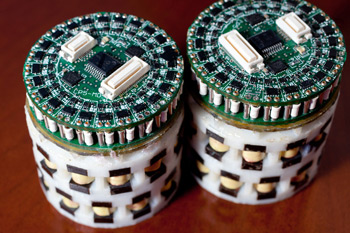 The Role of PGSS
Campbell and Mowry both believe PGSS helps incipient scientists realize they can be part of an important community. Campbell explains PGSS takes talented kids and “gives them a compass for life. You can’t just leave them on autopilot; we all need a little help.” Mowry says it teaches you that you are not always the smartest person in the room, which is valuable to recognize sooner rather than later. More importantly, a viable scientific education and industry brings people to the state and keeps them here.

“We’re growing more Silicon Valley-type companies here,” says Mowry. “The research makes people want to come, but what benefits the state is that they come here and stay.” While at Intel, Mowry hired people from out-of-state, and as a faculty member at CMU, he continues to attract other faculty and graduate students to Pennsylvania. Mowry understands both their initial reluctance and their ultimate joy. He worked at the University of Toronto and did not intend to return to Pennsylvania until he saw an opening at CMU. He and his wife “were very skeptical about moving back, but then we did it. Living in the city of Pittsburgh is wonderful.”

Mark Meier is a writer, independent consultant, and part-time professor who lives in Dunmore and plants butterfly gardens in Scranton (which is his back yard). Send feedback here.

Ben Campbell, who works with laser technology, was challenged by one of his students to write the Gettysburg Address on the face of a penny.

View under microscope of the penny

This model of a device Mowry designed with students at the Governor’s school uses sophisticated computing techniques that will allow designers to use it as a “virtual modeling clay” for prototyping.

All photographs by RENEE ROSENSTEEL