Creative Reuse in PA: Three Centers That Make Stuff Come Back to Life 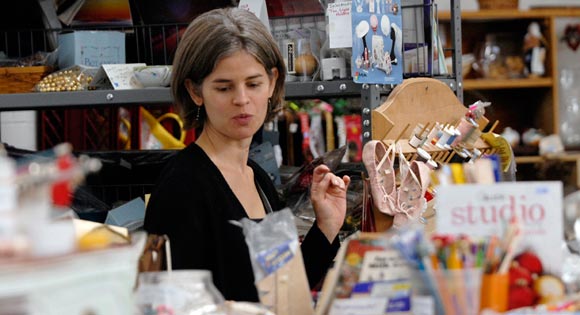 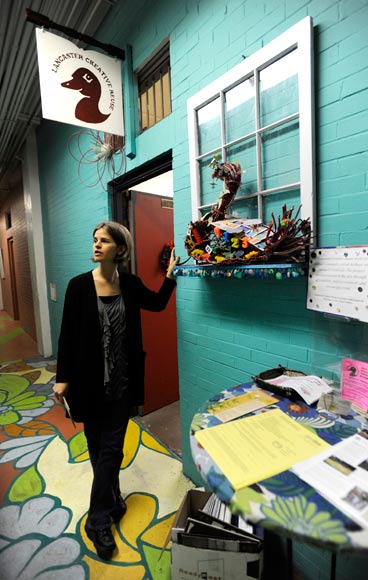 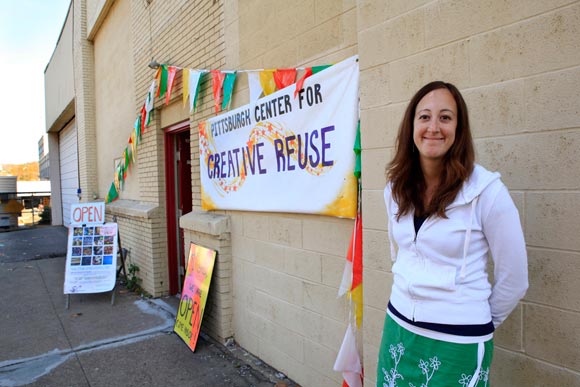 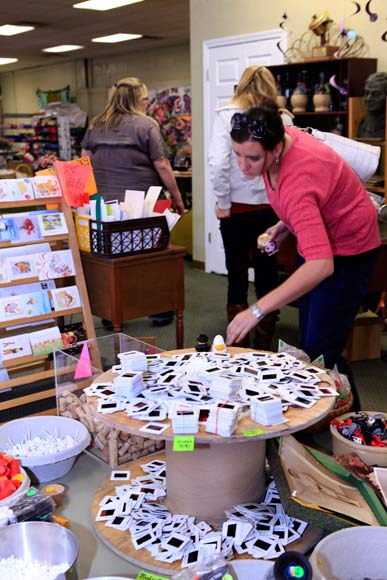 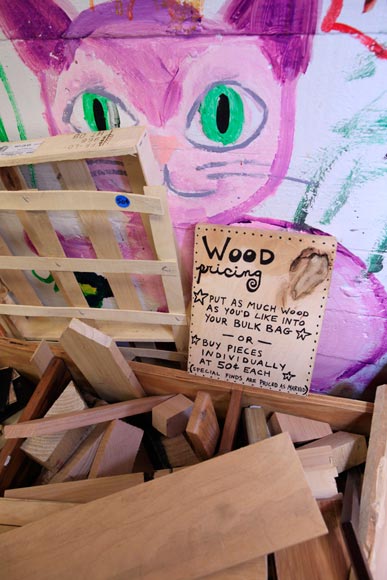 So you recycle regularly, diligently sorting your paper and plastic. You even compost, carting those food scraps to a heap behind your garage or in your backyard garden.

But do you engage in creative reuse?

Chances are you have, but it’s equally as likely that you haven’t quite taken full advantage of the concept. Creative reuse, which takes used or recycled materials and turns them into works of art, home decor or other useful household or personal items, is growing both as a catch phrase and a community building concept that supports sustainability, art and business. That intersection is what makes creative reuse so powerful, and creative reuse centers have sprung up everywhere — in California, Chicago, North Carolina and the U.K., to name a few. Many resemble a mash-up of a local thrift store and and AC Moore, and many are non-profits that serve local communities.

In the last four years, three centers have sprouted in Pennsylvania, spread out over Pittsburgh, Lancaster and Philadelphia. Perhaps it’s our industrial heritage, manufacturing prowess, or artistic instincts, but PA has clearly become a leader in creative reuse. Here’s a look at how those three centers have grown.

“I myself enjoy arts, crafting and sewing, and I knew Lancaster was very crafty in nature and at the time there was only one other creative reuse shop in PA So, while working on my Master’s in social work, the idea of starting something that could engage people in so many ways inspired me to start LCR.”

Lancaster Creative Reuse is maintained by a group of 10 or so hard-working and creative volunteers, who run the shop up to four days a week.  Stoner comments on the dedication of the volunteers and prides herself in their endless love for creating wonderful crafts and gifts with the children who come into the store.

One unique feature about Lancaster Creative Reuse  is that they offer a Kid’s Craft table in the back of their shop where kids can use materials from a mixed bag shelf for them to design any craft they desire.

“We have had daycares, boy and girl scout troops and after school programs come in to use our Kid’s Craft tables and everyone loves it,” Stoner says.

The art community of Lancaster has welcomed LCR with open arms, and has made the center a staple within their vibrant community.

“We are succeeding because people donate more goods to us everyday and new people are constantly finding us.  We don’t need to convince people to come into our center, they just need to hear about us.  Once we increase our visitors everything else from donations to volunteers will increase, and that is our ultimate goal,” Andrea says.

Executive Director Breen Masciotra  says the center’s staff has grown from two volunteers to four part-timers. Also, the center’s popular on-site programs and retail space have paved the way for an expansion to a 4,000 square-foot facility that includes workshop space.

PCCR offers unique programs both in- and out-of-store that teach people how to reuse objects and repurpose them, ultimately creating sustainable crafts.  PCCR’s goal of fostering creativity and building a culture where people don’t waste but utilize all materials is a good fit in Pittsburgh, where art, innovation and sustainability have helped redefine the city in recent years.

“Pittsburgh has been transformed over the last 10 years from a city that was seen as a post-industrial wasteland to one that is a leader in the green movement,” says Masciotra. “People in Pittsburgh have begun to embrace environmentally friendly practices and it is important to have an outlet for reusable items that other organizations will not accept.”

The Resource Exchange, Philadelphia
Started in the summer of 2009, The Resource Exchange (RE) in Philadelphia is presently the largest creative reuse center in Pennsylvania, with more than 25 volunteers. The Resource Exchange has just undergone big changes, moving from their temporary home in The Philadelphia Navy Yard in South Philly to Cedar Street in the Port Richmond neighborhood.   Thanks to a grant from PPL EnergyPlus, the center was able to move into this new permanent shop so they can set up a space for people to find unique affordable, and sustainable materials.  RE sells larger donated items to artists, and doesn’t act as a thrifted arts and crafts store like its counterparts Lancaster and Pittsburgh.

“Our initial efforts were focused on developing more sustainable practices within the local arts and entertainment industries, so much of our donated materials has been either salvaged or donated from film, theatre, and movie sets,” says Executive Director, Karyn Gerred. “As we grow, we are beginning to receive more and more material from other sources, including home deconstruction, and local business and manufacturer surplus materials.”

Like the creative reuse center in Pittsburgh, RE is a product of its city, aiming to close the looop of art production and enable art to be made from art. For example, painters create on reclaimed theater muslin, sculptors work from salvaged scenery and theater set builders use materials from old film sets.

“This is what we want to inspire people to do,” says Gerred.

KELLY CLAYTON is a senior at Elizabethtown College who plays field hockey, writes on a variety of subjects for publications and is the Editor of Tru(4)ia Magazine. Send feedback here.

Photos of the Lancaster Creative Reuse center by BRAD BOWER

Inside the Pittsburgh Center for Creative Reuse

Wood pieces for sale at the the PCCR

Photos of the Pittsburgh Center for Creative Reuse by HEATHER MULL