Why Is Downtown Pittsburgh Real Estate So Hot?

By Jonathan Barnes on December 6, 2012
Looking Down Fourth St 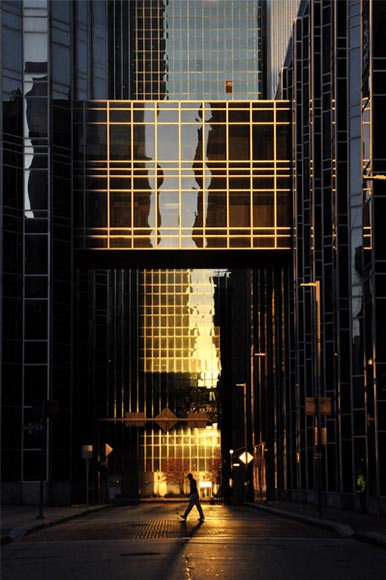 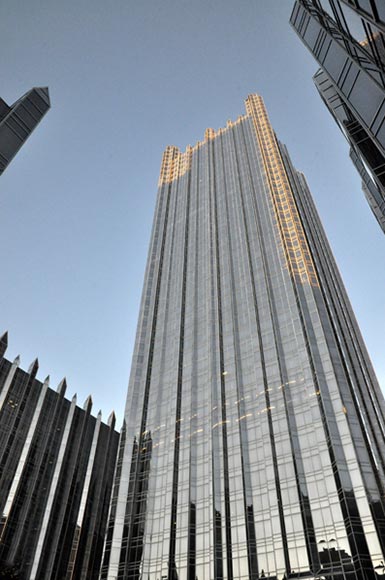 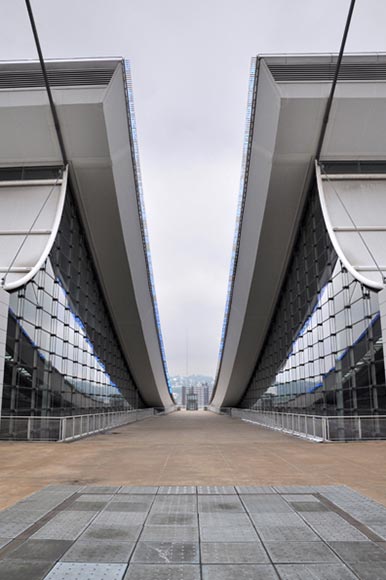 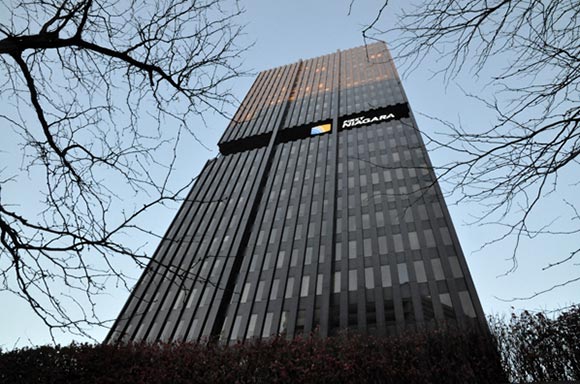 Brian Cohen
The Site of the Future PNC tower 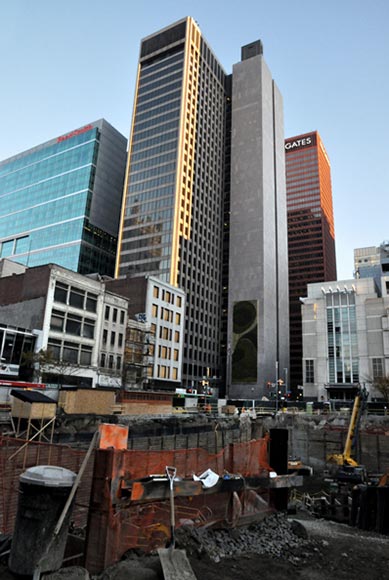 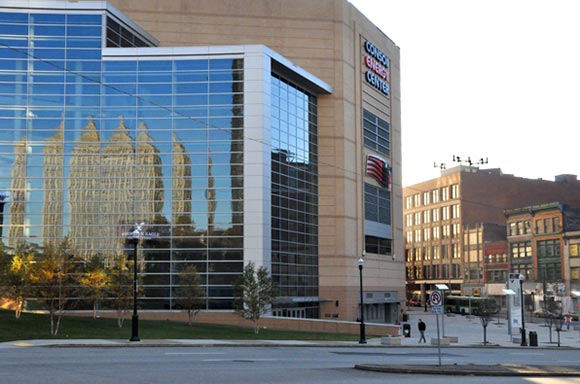 From his office high within PPG Plaza, with its sweeping view of downtown Pittsburgh, Ed Fritsch reflected on what led his Raleigh-based company, Highwoods Properties, to buy the property.

The diverse economy for one. A growing youth population for another. And of course, the stable real estate market. Beyond that, there was thegrowing buzz about the city as a happening place to be.

“Pittsburgh just kept popping up extraordinarily well. The city is not what people used to think it was,” says Fritsch, President/ CEO of Highwoods Properties.

In September 2011, the real estate investment firm bought PPG Place and is now investing $25 million in upgrades to the six-building, 1.5-million-square-foot Class A office complex.

The company is part of a growing number of outsiders investing in Pittsburgh, joining the many locals already banking on the city’s real estate.

One of the most active is Philadelphia's PMC Property Group which bought the Regional Enterprise Tower in March with plans to convert the upper half of the building into apartments. PMC now has 7 properties totaling more than 1.2 million square feet with plans for a total of 1,000 apartments downtown in the next several years.

To date, PMC has completed 158 units at 201 Stanwix St., with 33 in the works at the Penn Garrison apartment complex along Penn Avenue. In addition, the group bought 526 Penn Avenue (which hosts a Subway shop on the ground floor) as well as the John P Robin Civic Building on Ross St and, out of bankruptcy court, 435 Sixth Avenue, a nine-story vacant building.

The flurry of real estate transactions goes beyond downtown. The purchase by Chicago-based Griffin Capital of the 118,000 square foot Westinghouse Building Four for $33 million in March is one of the more high-profile commercial property buys made here recently by investors from outside the area.

“It’s a business-essential asset,” says Kevin Griffin, CEO of Griffin Capital Corp. “We were attracted to the Westinghouse transaction because of the quality of the building, what’s happening in Cranberry and the quality of the tenant.”

Westinghouse’s large share of the nuclear power generation market and its sizable footprint on the new 82-acre suburban campus were selling points. “We are in the accumulation phase,” said Griffin. “We expect to be in this property for a long time.”

Location and more
In scouting properties, Highwoods Properties is most interested in the 1.5 to 3 million population markets and considers location relative to its corporate footprint which extends from Richmond to Kansas City to Tampa. The group also considers demographics and whether the market consistently outperforms other markets.

Pittsburgh fit the bill but Fritsch is in no hurry to spread the news to would-be competitors. “We see PPG Place as a foundation from which to grow our presence here,” he says, adding, “I hope no one reads this article.”

“We’re hands-on, and we want to be part of the community,” Fritsch notes. “Not too many people understand the transformation Pittsburgh has undergone. We feel like the timing was fortunate for us and that the price we paid for PPG Place was a fair price.”

Low vacancy rates
Other companies from outside the region have similar long-term intentions. All of the civic and private investment in recent years in the Pittsburgh region—from the new and green convention center to PNC Park, Heinz Field and Consol Energy Center, along with various residential and commercial developments—has resulted in a vibrant downtown business district, with low vacancy rates. In the first quarter of 2012, the vacancy rate for Class A office space in Downtown’s Central Business District was just 6.9 percent, while overall the Class A vacancy rate for the market was 10.5 percent.

“There has always been and will likely always be an interest in Pittsburgh commercial real estate, and outside investors will continue to buy in Pittsburgh for the same reasons Pittsburgh investors buy elsewhere: The occupancy rates and rents make it profitable, and you need to geographically diversify your portfolio,” says Gary Jay Saulsen, director of corporate real estate for PNC. “It is important to note that Pittsburgh buyers have been active here too. They have acquired buildings that outsiders might have overlooked.”

PNC Bank recently paid $3.85 million for the former Lord & Taylor building Downtown, and will renovate the 88-year-old structure with environmental upgrades for the 800 employees who will soon work there. And PNC recently completed an extensive renovation of the Lantern Building, a two-story modern and luminescent building adjacent to the towering and glass-clad PNC 3.

No longer a secret
Some of the long-term players in the market based outside of Pittsburgh, such as New York City-based Rugby Realty, wonder when the secret about the exceptional values of property here will finally be out, if it isn’t already.

Aaron Stauber, president of Rugby Realty, which owns several office and warehouse buildings in Pittsburgh, said investors want to pay close to the actual value of a market price for a building and not have to pay for possible future appreciation on the property, as in New York and other markets. Pittsburgh properties offer that value, and outside investors are buying in.

In June 2011, Rugby Realty sold 11 Stanwix to GLL, a German company. About a year later, on the day Stauber was interviewed for this story, a person representing another German firm contacted him to inquire about properties in Pittsburgh.

“Even ten years ago, you would not get a call from someone representing German investors who want to buy in Pittsburgh,” Stauber said by phone from his New York office. “There’s this real sense that there’s a buzz about the whole market, that it’s about to pop.”

“I keep hearing from people who come in and are looking for a property in Pittsburgh, and they ask me about it,” Stauber said. “I tell them if they are interested in buying in Pittsburgh they should go there. When they do go there, they always say to me: ‘Wow, I didn’t know Pittsburgh had all these things.”

Fritsch said, “Pittsburgh has turned out to be everything we hoped for, plus some. People here have high integrity and a very strong work ethic. It’s really been a rewarding experience working with the people here.”

Then there's PNC
Much of the development in the region has been private, created to fit the needs of growing businesses, such as Westinghouse’s growing nuclear energy business, or to meet the expansion of the region’s financial sector and other growth sectors. Players vested in that growth see the need to organically create opportunities in the region. When PNC tore down a dilapidated stretch of Pittsburgh's Fifth Ave. and built the multi-use Three PNC Plaza, the first high-rise built downtown in decades.

PNC has deepened its commitment to the city with the building of  the $400 million Tower at PNC Plaza underway, located at the same intersection where PNC has been headquartered for more than 160 years. It will provide continuity for the company and will be “tuned to the way that we work today, which is more sustainably, more collaboratively, and more flexible,” Saulsen said.

“The Steel City is hot,” said Richard L. Beynon, president of Beynon and Co. Inc., a full-service brokerage operating in Pittsburgh since 1912. “Right now, the entire commercial real estate sector is the most robust it’s been in my career. Part of that,” he says, “is because the Pittsburgh region has had continual growth.”