Young and ambitious in Pittsburgh

By Marty Levine on January 23, 2014
Ron Mangone of Clockwise Tees 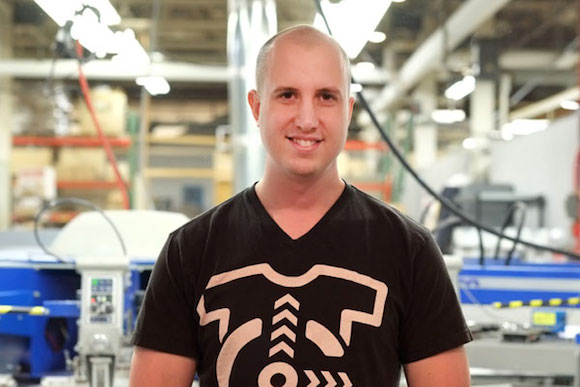 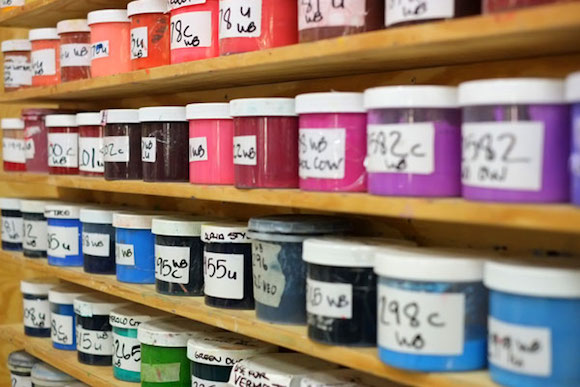 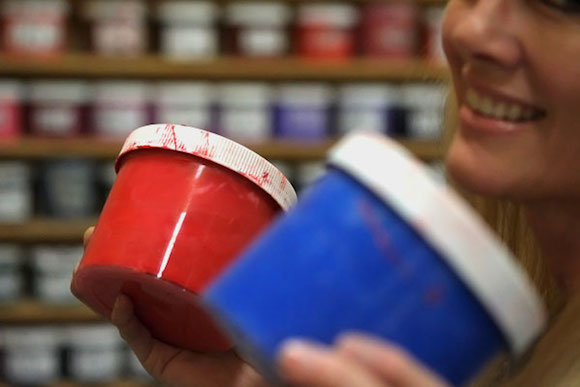 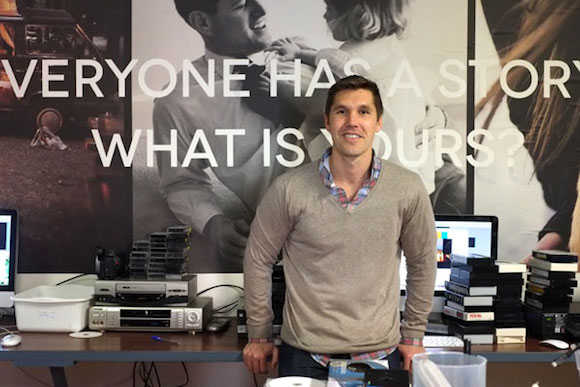 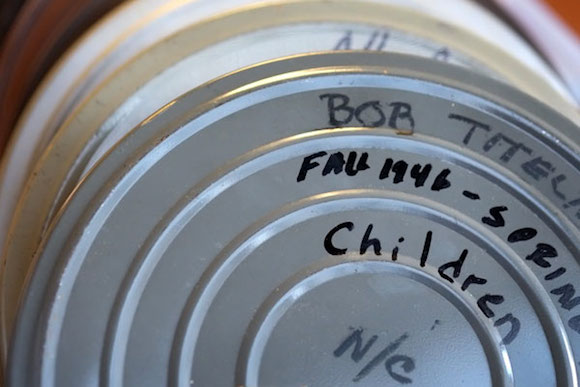 Ron Mangone keeps a photo of his first T-shirt printing press, silhouetted against the window of his college apartment in Squirrel Hill. Ten years ago, when he was a 19-year-old student at Pitt, he started Clockwise Tees with that machine about the size of a podium.

Fast forward to last week when Mangone took delivery of a 13,000-pound, 14-color press that will double or triple his custom T-shirt printing capacity by next month.

Clockwise has printed apparel for the Pittsburgh Pirates and the Andy Warhol Museum in its Point Breeze space. Mangone has also handled shirts for Adobe’s rollout of a new product, contributed costumes to the locally filmed The Next Three Days and Warrior, printed shirts for local brands American Eagle and the more offbeat United PixelWorkers, Steel City Cotton Works and Believe Merch, and created t-shirts for The Breeders’ 20th anniversary tour. He even outfits Allegheny County Emergency Services personnel — with whom he shares space in Lexington Technology Park — in their embroidered polos.

“I always wanted to control my time, and being self-employed and owning a company is one way to do that,” says Mangone. “Just continue investing back into your success.”

Mangone, who lives in the Uptown neighborhood, grew up in New Kensington.

“I definitely wanted to get into something creative,” he recalls. “I wanted to develop a higher quality form of product. What we really try to focus on here is the discipline involved in producing a superior print. Designers are very proud of their work, and they want it to be translated properly.”

That means using water-based inks, especially discharge inks, which don’t just work their way into the weave but actually replace the dye already on the shirt, making for a soft-feeling design.

Beside the empty space for the new press are two 10-color automated printing presses and a curing unit for drying the inks. Clockwise recently added a full-time photographer to its staff of 15 and set up a studio with an “infinity wall” — a curving white background that stretches continuously from floor to ceiling, allowing for shoots that isolate the products. Other services Clockwise handles for small designer brands include adding labels to garments, storing inventory and shipping orders directly from company's warehouse.

Now the company is about to roll out a new online ordering system, making it easier for clientele to communicate their designs.

“The business right now is expanding into other regions,” says Mangone. “I am just really proud of what it’s grown into and the people around it. We have a lot of talented people and companies in the form of designers, helping us to push our limits. And that’s what’s been most encouraging in the last few years.”

Pittsburgh is a great place to run the business, he adds. “We are surrounded by peers who are also starting up; they all want to market their company and that lends itself to custom apparel, which we can help them with.”

“That was cool,” says Adam Kunes, another local entrepreneur who is starting a boutique media company, That’s Crisp, and took the photos of Brown in his clothing for the Clockwise website. “We got to hang out with Antonio Brown and get a glimpse into that world. He was a super nice guy.”

Kunes, 29, of Squirrel Hill, is better known as the owner of that neighborhood’s Rewind Memories, which converts old media such as film and VHS tapes into digital formats.

The North Huntingdon native was inspired to start a business by his entrepreneurial father. While still in his Pitt dorm, Kunes and a friend started a nonprofit, Call to Serve, taking mostly college students on three-week service trips in RVs to places like post-Katrina New Orleans.

“I've been involved in volunteer trips and giving back as a child,” Kunes recalls. His experience with the Semester at Sea while at Pitt also was an inspiration.

Today, Rewind is about to launch a new website to make it easier for customers to order, and Kunes says he is looking for new Rewind storefronts. Call to Serve has been inactive for a year but is seeking new donors and looking to partner with universities to offer school credits for students; the program is relaunch in 2014 with summer trips.

“It’s a lot of work and a lot of money to pull it off properly, with the right RVs and well-run staff,” he notes.

“I definitely see expansion with all these companies,” Kunes concludes. “It’s a juggling act … but I’ve definitely learned a lot about myself from doing all this.”

Maguire, 32, graduated from Carnegie Mellon University in 2005 with an architecture degree and has worked for firms in Santa Barbara, Calif., and Pittsburgh.

“There are not many people who are architects who are also developers,” explains Maguire. “If you go to architecture school, they hardly talk about the money aspect.”

But developing is where the money is, he’s discovered — and a lot more risk.

“With architecture or any service-oriented field, you basically wait for clients to come to you,” he says. “It's tough mentally to run a business that way. I minored in entrepreneurship at CMU. What intrigued me was that I could go out and take the risk myself and create work where there was no work.”

“The freedom of it is one of the main things I like,” he says. “Not sleeping because you can’t stop thinking about it – that’s the negative.”

Maguire still does purely architectural work, such as a courtyard in Shadyside (“You never see courtyards in Pittsburgh, but this is like an Italian villa”) and a 4,000-square-foot single-family residence under construction in Fox Chapel (“It has a chalet-type look — Craftsman-style wood, cedar and stone”), as well as everything from ADA-compliant bathrooms to commercial interior retrofitting.

“I have a bent toward a modern, clean esthetic,” Maguire says; he has a preference for lots of glass, exterior materials such as cedar siding and stainless steel, and roof decks. “I like the client interactions, as opposed to working for someone else. If you’re working for a big firm, you may never meet the client.”

“I’m real hot on Pittsburgh,” he continues. “We have four projects right now and are just lining up work in Bloomfield, Lawrenceville, East Liberty. The whole east side of Pittsburgh is our focus. We’re just acquiring as much property as we can at the moment. Our business model is a small, humble company. I’m not a big developer, but that doesn’t mean that we can’t do small, thoughtful, interesting projects and make money at it.”