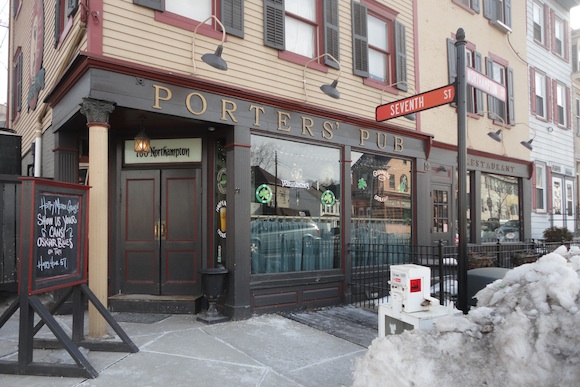 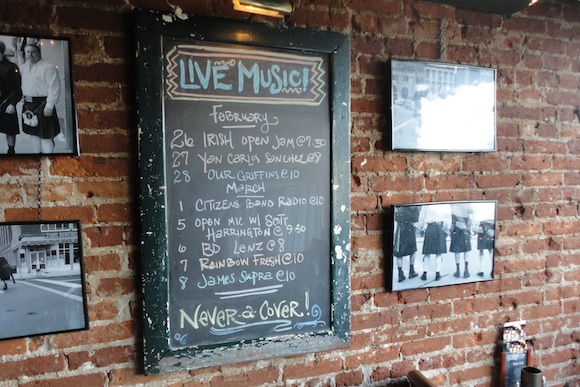 Tankards at Porters’ Pub in Easton 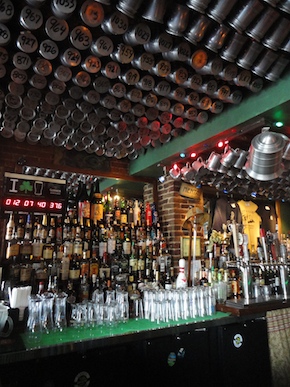 Buying beer in the Lehigh Valley 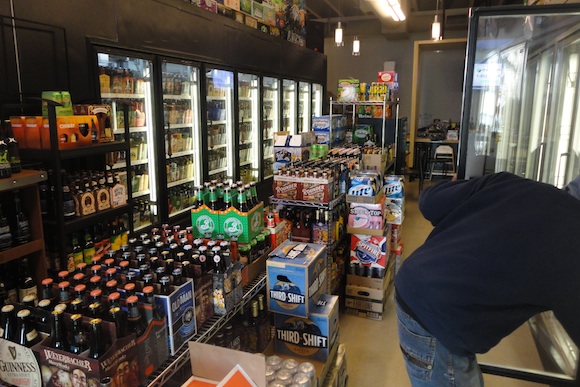 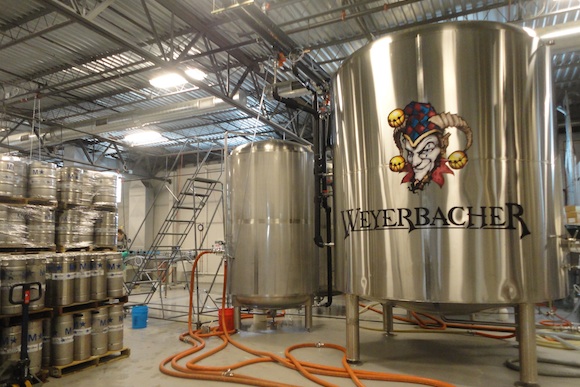 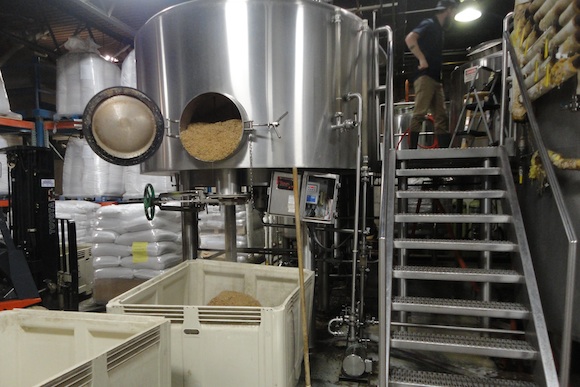 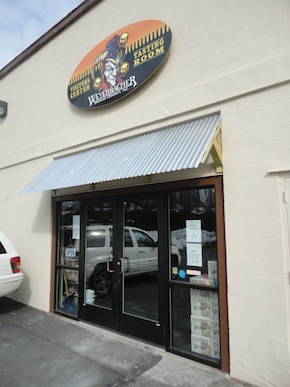 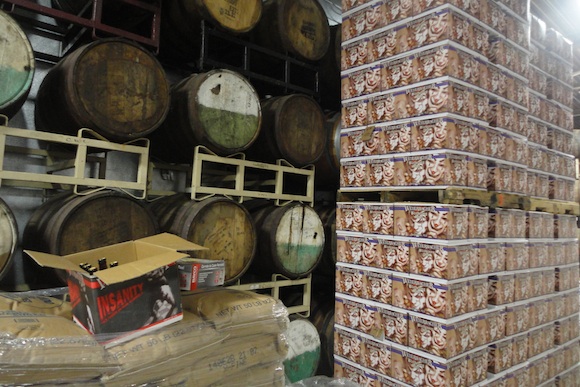 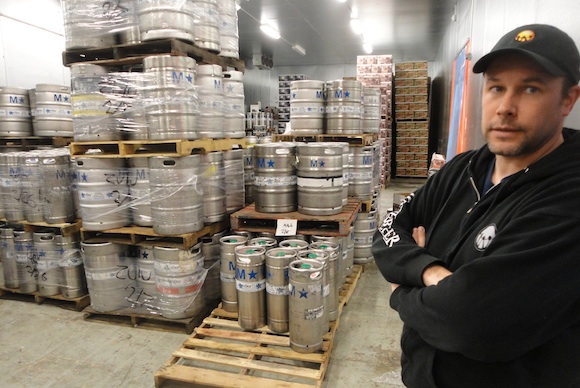 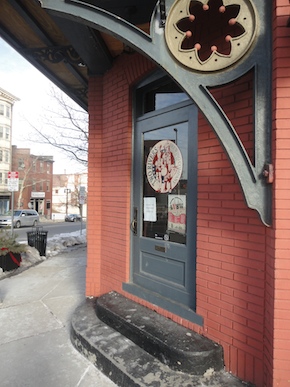 Black and Blue in Easton 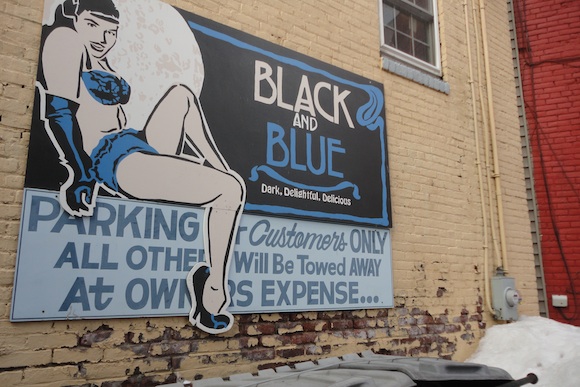 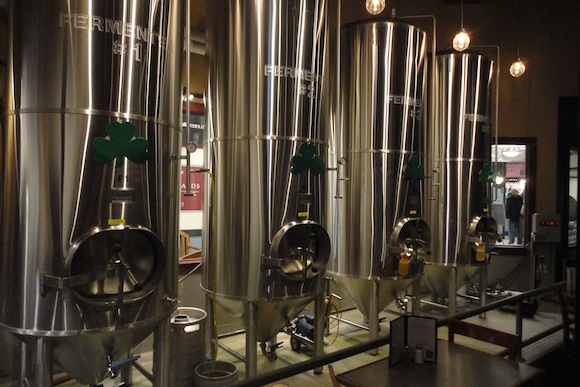 HiJinx brewing is moving out of the garage 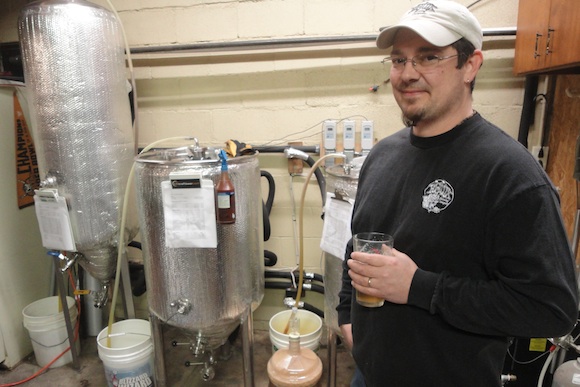 HiJinx brewing is moving out of the garage

Ask Larry Porter to tell the story of the Lehigh Valley's craft beer scene, and there's a good chance he'll take you back to 1988. That was the year he teamed up with his brothers Ken and Jeff to purchase a dilapidated old building on the southwest corner of 7th and Northampton Streets in downtown Easton and began transforming it into a bar.

That bar was the start of something — a clubhouse for a growing scene of brewers, drinkers and entrepreneurs that has become an essential part of the Lehigh Valley's identity and, increasingly, its economy.

Back in '88, Larry and Ken were still in their twenties. Jeff was a teenager. And due to a dwindling industrial and manufacturing economy, the city of Easton was struggling.

“It was on probably the worst corner in the city at the time,” says Porter of the building that would become Porters' Pub & Restaurant. “People told us we were absolutely crazy to open a bar there. But we were young and dumb, and didn't know any better.”

At the time, there were only two restaurants downtown. “So all we really did,” Porter says with a quiet laugh, “was built a place where we would want to hang out.”

One of the brothers' first major choices involved the pub's inventory. “We decided early on that we were not going to have any mass-produced domestic draft beers,” recalls Porter. “Everybody had Budweiser, everybody had Coors Light, everybody had Miller Lite — we wanted something different.”

In 1990, when the bar finally opened, craft beer was still largely a fringe product outside of urban centers, and as a result, Porters' Pub developed a reputation among curious drinkers. They were one of the first places in the Lehigh Valley to offer Guinness on draught, and also one of the first to sell Belgian beers.

“The consensus at the time was, 'You guys are crazy; you'll be out of business in six months,'” says Porter. “That was 24 years ago.”

Porter's insistence on expanding his customers' palates played a major role in the Valley's transformation from undiscerning macrobrew region to Mid-Atlantic craft-beer player. Part of that effort was the Mug Club, a clever marketing ploy that launched the same year the bar opened. To become a full-fledged member of the Club, Porters' patrons must work their way through a 60-beer menu of imports and microbrews; they are rewarded with a handsome pewter mug featuring the bar's logo and a personal engraving. Walk into Porters' today and you'll see more than 4,000 such mugs hanging on brass hooks from the ceiling; Club members still proudly sip from their pewter tankards each time they stop by for a pint.

“That turned a lot of people on to imports and craft beers,” says Porter. “We joke around that [the Mug Club] is about education — and we always joke that it's important to have goals.”

Here's another reality about craft beer in the Valley: Practically no one who resides outside its borders has ever heard of Porters' or its influence. Fegley's Brew Works, one of the Valley's other three major players, suffers from a similar fate.

Then there's the Easton-based Weyerbacher Brewing Company (pronounced “why-er-bock-er”), founded in 1995 by the husband-and-wife team of Dan and Sue Weirback. It was originally headquartered in a downtown Easton livery stable — Larry Porter, the story goes, was the person who suggested to Dan that the stable would make for an ideal brewery location.

Now almost 20 years old, Weyerbacher is a household name. Known for its so-called “big beers” — boasting robust flavors and high-alcohol volume — the brewery now operates out of a 20,000-square-foot facility and distributes to 18 states.

The company's sales have grown annually by more than 30 percent for the past five years. A recent $1.1 million renovation of the brewery tripled its operational capacity and added a 2,000-square-foot tasting room and visitors center where fans can sample beer and buy Weyerbacher-branded merchandise Monday through Saturday.

“It's been phenomenal for us,” says Bill Bragg, a Weyerbacher spokesman who also manages the visitors center. “But that growth isn't necessarily in the Lehigh Valley — it's all around.”

And that's certainly true. Weyerbacher now distributes throughout the entire Eastern Seaboard, and as far west as Minnesota. Aside from New Jersey and Pennsylvania, its largest markets are Florida and Ohio.

When it comes to the region, Weyerbacher has been a powerful exporter of its success — many former employees have gone on to launch small brewing operations of their own.

There's former Weyerbacher brewer Joe Percoco, who's now the brewmaster at one of the Valley's most buzzed about newcomers, Emmaus-based Funk Brewing Company. There's former brewer Curt Keck, founder of Allentown's HiJinx Brewing Company, which has been operating out of his detached garage for the past 18 months (Keck is planning a move to Allentown's Bridgeworks Enterprise Center). Former Weyerbacher employees can also be found in breweries like the Ardmore-based Tired Hands, the Hershey-based Tröegs and Rushing Duck Brewing Company in Chester, N.Y.

As Weyerbacher grows, it provides an economic boost to the area. Bragg, who's been with the brewer for almost a decade now, seems especially bullish on Weyerbacher's contribution to Easton's rebirth.

“It's my goal to see Weyerbacher become a business infuser for downtown Easton,” he says. “[The city] is experiencing a real nice renaissance — but on an incredibly small scale.”

Bragg points to the beloved Easton Farmers' Market as one example of an initiative the brewer sponsors. He also suggests that the growing trend of brewery trips, or “beercations,” as they're sometimes called, is beginning to bring tourism dollars to the region.

“People come from all over to do beer trips,” he says. “And now the Lehigh Valley is starting to become [a destination] for that. Not far from here we have Tröegs, Victory, Sly Fox. You've got both [Allentown and Bethlehem Brew Works]. And there are little breweries that have popped up all over that place — probably four or five in the Valley alone.”

There's an old chestnut in the restaurant business that suggests that a city without its own Ethiopian eatery hasn't truly come into its own. Likewise, you might say that a region without its own craft-beer week can't really be considered a serious contender. In summer 2012, Jesse Albertson was sitting on his back porch in Bethlehem with a beer in hand, scrolling through the event listings for that year's Philly Beer Week, when he said to himself, “Why aren't we doing something like this?”

Albertson is both general manager and beverage manager at Fegley's Brew Works, which currently brews 6,000 barrels annually at its two family-friendly brewpubs, Bethlehem Brew Works and Allentown Brew Works. The family-owned company also operates a burrito restaurant, and within the Lehigh Valley, Fegley might enjoy stronger name recognition than even Weyerbacher.

That may explain why Albertson encountered a bit of resistance, as he puts it, when he began drumming up support for the inaugural Lehigh Valley Beer Week. Some of the area's beer industry pros were a bit skeptical: Why would the general manager of a local service industry empire hand out free publicity to his competition?

Albertson admits that the first Lehigh Valley Beer Week — or LVBW1 — which took place in February 2013, was a seat-of-the-pants affair. Events were being added to the roster up to the very last minute. Fortunately, LVBW2, which wrapped up this past February, “was 20 times better than our first year,” he says. There was a beer summit at Wegmans, the local grocery store. There were sampling events and beer pairings and brunches — there was even an auction of the beer-themed chalkboard art that's frequently on display inside both Brew Works locations.

There was also a Mardi Gras-style parade, complete with floats and a marching band — it circled the three downtown Easton bars that comprise the miniature craft-beer district known as the BeerMuda Triangle. One of those bars, a farm-to-table gastropub called Two Rivers Brewing Company, is currently in the process of transforming itself into a brewpub. Both of the others — the aforementioned Porters' Pub, and a Gothic-themed bar and restaurant called Black & Blue — are owned by Larry Porter.

The dates for LVBW3 have already been scheduled (February 15 through 22, 2015). The event has even organized itself as a 501(c)6 non-profit organization, complete with its own board of directors.

“It's at the point where everyone realizes that we're stronger as a group,” explains Albertson. “Even though craft beer is growing, it's still such a small, negligible chunk of the market. There are still way more Applebee's than there are Brew Works, you know what I mean?”

The latest sign of the health for the Valley's craft brew economy is a transplant. Ruckus Brewing of New York City is moving to the area — on March 7, after many months of delays, they finalized the purchase of Allentown's Neuweiler Brewery, an historic brewery complex that's on the National Register of Historic Places.

Ruckus' plans involve rehabilitating the complex in two development phases to the tune of $30 million. And although the brewery sits inside Allentown's state-supported Neighborhood Improvement Zone and is expected to generate 115 jobs, most of the Valley's craft beer insiders grumble a bit when Ruckus comes up in conversation. That's because Ruckus is actually a contract brewer — a company that makes beer for breweries that don't actually own brewery equipment — and such brewers are often seen by insiders as being less than genuine.

Ruckus, however, does plan to hire its own brewmaster to oversea the company's current line of six beers. The remainder of the facility, which is expected to produce 150,000 barrels annually, will be rented out to other breweries. Ruckus CEO Josh Wood has been quoted as saying that office space, ground-floor commercial space, and possibly even a business incubator could also become a part of the 4.5 acre property.

In the meantime, the Valley's beer scene continues to shine. The region's tourism bureau, Discover Lehigh Valley, recently announced the creation of LehighValleyAleTrail.com, an online guide to “the best local microbrew bars.” In early 2013, former X Games snowboarder Matt Lindenmuth launched the ascendent Saucony Creek Brewing Company in a former Kutztown car dealership after raising $16,000 for the project on Kickstarter. By this summer, HiJinx Brewing Company's Keck hopes to be fully settled inside his new location at Bridgeworks. And come this fall, or next spring, or next year? Who can say?

DAN ELDRIDGE is news editor at Flying Kite Media and the author of Moon Pittsburgh (Avalon Travel). His work has appeared in The New York Times, Columbia Journalism Review, and The Daily Telegraph. He recently wrote about the process of starting a craft-beer brewery in Pennsylvania for Keystone Edge. Follow him on Twitter at @YoungPioneers.