5 for 5: Meet the state’s faces of manufacturing 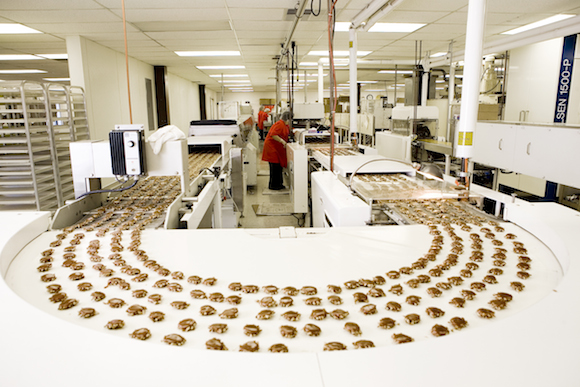 Tony Pangaio and his students 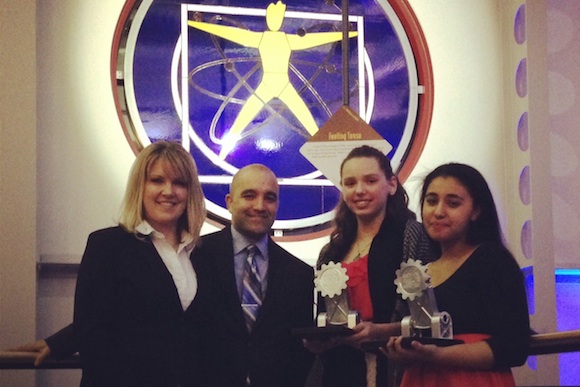 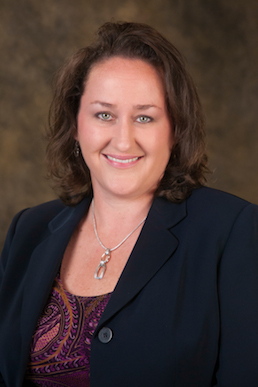 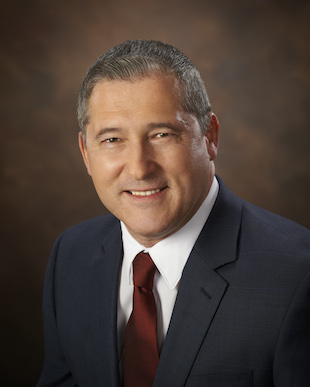 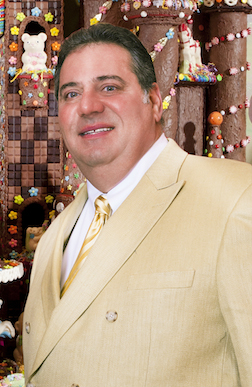 Manufacturing in Pennsylvania represents more than half a million high-wage jobs, and is the second largest contributor to the gross state product. With nearly 15,000 manufacturing establishments across the commonwealth, the outlook is bright.

Keystone Edge interviewed a handful of individuals who represent a glimpse of this evolving industry, from workforce development to innovation and reshoring to diversity and longevity. As part of our celebration of five years of Keystone Edge, meet Pennsylvania's “Faces of Manufacturing.”

Workforce development has become a major challenge in the manufacturing industry. The pipeline of skilled workers is becoming increasingly slim and experts agree that, to solve this problem, they must change outdated stereotypes that repel students and job seekers.

Tony Pangaio, a technology teacher at Whitehall-Coplay Middle School in Whitehall, Lehigh County, admits he once had an anachronistic view of manufacturing jobs.

“I had always thought of manufacturing as being mostly assembly line type of work in old-fashioned factories,” he recalls.

But thanks to the “What's So Cool About Manufacturing?” video contest, held as part of the Lehigh Valley “Skill Up” initiative from the Manufacturers Resource Center (MRC) in Bethlehem, Pangaio and a group of his students had their eyes opened to career opportunities they never knew existed.

“I didn't realize how high-tech, hands-on and rewarding manufacturing jobs could be,” says Pangaio, who wasn't the only one making this discovery.

A total of 19 schools partnered with companies ranging from Nestlé Waters North America to Crayola to Lehigh Valley Bat Works to produce videos, each showcasing a fresh perspective on manufacturing jobs. Pangaio and his students teamed up with Atlas Machining & Welding, Inc. to make their project.

The videos were promoted across the region and online at dreamitdoitpa.com. As a result, 123,000 votes were cast for the Viewer's Choice Award, which went to Pangaio and his team. Other award categories included Outstanding Educational Value and Outstanding Creativity. The contest was also successful at developing partnerships between the school districts and manufacturing companies.

“We have a special connection with Atlas now,” says Pangaio. “When kids come to me asking about career options, I have another resource to offer them.”

According to Jack Pfunder, President and CEO of MRC, the goal is to turn the video contest — a first-of-its-kind workforce development initiative — into a sustainable model that can be used across Pennsylvania.

The manufacturing industry changes quickly, and businesses that don't place an emphasis on innovation can be left behind.

“A truly innovative manufacturer is one that excels at generating ideas and moving those ideas to the marketplace,” says Beth Bittenbender, Business Advisor at the Innovative Manufacturers' Center (IMC) in Williamsport, Lycoming County.

The trick is transforming innovation from a random event into a reliable, scientific system that delivers increased speed and decreased risk, she says.

“Simply put, it's a systematic approach that provides expertise, resources and tools to create and commercialize meaningfully unique ideas,” says Bittenbender. “The result is a business that is positioned for profitable growth.”

According to Bittenbender, manufacturers can reap the benefits of IEMS, all they need to do is improve employee morale by encouraging brainstorming and problem-solving; increase the creation of meaningfully unique ideas; develop a quantifiable Innovation Pipeline and plan to market ideas; and build a company culture that arms employees with the skills to support innovation.

“The only way you can be successful is if you leverage the creativity of your people,” explains Bittenbender. “Once companies get that, it just takes on a life of its own.”

For 25 years, IMC's offerings have helped local businesses adapt to changing economic conditions, regulatory environments and competitive pressures. Thanks to a recent grant, IMC is able to support the efforts of students and inventors as well, while hopefully creating a synergy between those innovators and the manufacturing sphere.

Over the past five years, K'NEX, a family-owned maker of plastic building toys, has moved the majority of its toy production from Asia back to its plant in Hatfield, Montgomery County.

“As companies begin taking a closer look at things like quality control, overall costs, timeliness of deliveries, and intellectual property issues, they are seeing the benefits of moving their production and component purchases back to the United States,” says Dale Parmenteri, vice president of consulting operations with the Northeastern Pennsylvania Industrial Resource Center (NEPIRC).

Thanks to a Make It In America grant, NEPIRC has the opportunity to work with manufacturers across a 52-county region of Pennsylvania, assisting them with reshoring efforts. These funds support a three-year initiative that includes the development of a website to qualify and match parts suppliers in Pennsylvania with companies that are currently offshoring their parts.

According to Parmenteri, a large percentage of companies make sourcing and investing decisions based on labor rates, and the cost of labor is rapidly increasing in once-favored offshoring locations. To help manufacturers assess the true costs of their parts, the NEPIRC uses a tool called the Total Cost of Ownership Estimator; they will soon roll out seminars to teach manufacturers how to use the tool. Metal fabrication, chemical and plastics are three prime industries for reshoring.

“I can't think of anything cooler to do than create jobs by bringing them back from overseas,” says Parmenteri. “Especially knowing that each manufacturing job creates 1.8 other jobs.”

One of Pennsylvania's greatest strengths is the diversity of its manufacturing. While dominant sectors include transportation, metal machining and fabrication, glass, chemicals and plastics, no one sector accounts for more than five percent of the total number of firms, according to the Governor's Manufacturing Advisory Council.

Contributing to this diversity is Spin-Works International Corp. based in North East, Erie County. Known for its patented energy saving SpyroCor product line, 14-year-old Spin-Works puts a new spin on old technologies, including custom ceramic components. As a result, it has become a world leader in energy savings and utilization for the commercial, captive and industrial metal processing industries.

“We haven't seen any indication of others doing what we're doing,” says Tom Briselden, the company's president, CEO and owner. “We're in a corner edge of 3-D printing and additive manufacturing.”

Spyrocor is a ceramic (silicon-carbide) insert for gas-fired, radiant tube heaters typically used in metal heat-treating furnaces. According to Briseldon, it enables the company to manufacture novel components while improving efficiencies by up to 22 percent.

“We aren't a commodity manufacturer,” says Briselden. “What sets us apart is that everything we make is customized and very different. People come to us because they can't find what they need anywhere else.”

Looking to the future, Briseldon's goal for the company is to serve virtually every country that has a manufacturing base, while continuing to use additive manufacturing to develop new products.

While welcoming new faces under the manufacturing umbrella is necessary for the industry's success, it's equally important to continue learning from those that helped pave the way.

One such company is Sarris Candies. Since opening a tiny storefront candy shop in Canonsburg, Washington County, 53 years ago, the company has evolved through expansions, acquisitions, equipment upgrades, a debilitating fire and the passing of its founder, Frank Sarris, in 2010.

“Key to our company's success has been a conscious effort building our brand in our market area…that's something we've always done,” says Bill Sarris, who is following in his father's footsteps as president of the company. “This also ties into the quality of our product and the service we provide to our customers.”

From 1978 through 1996, the company underwent nine major additions to its retail store and factory. Then, in 1997, to further increase production capacity and outreach, Sarris acquired a failing Central Pennsylvania chocolate company. They also expanded into new markets and avenues of sales, including fundraising programs and online orders. Today, Sarris Candies can be found in more than 1,200 locations in more than 10 states.

“I always say expand only as much as you need,” says Sarris. “Instead of investing all at once in a facility, we added as we went.”

To meet the growing demands of their customers, the company was forced to embrace technology, incorporating automated equipment — but in their own way.

“Some people use automation to eliminate labor, we use it to help our labor,” says Sarris. “We still make candy the way my dad started out — in small batches using fresh cream and butter — but we use more high-tech equipment, like an automatic stirrer, to help produce product.”

Committed to maintaining the spirit of a mom-and-pop shop as the company matures, Sarris has managed to marry cult appeal with scale.