The Next Generation: Carrying on the family business 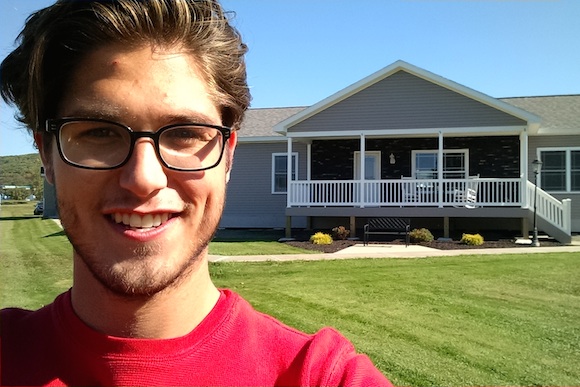 The Towers Guys of GSM Industrial (left to right): Mike, Jim and Dave 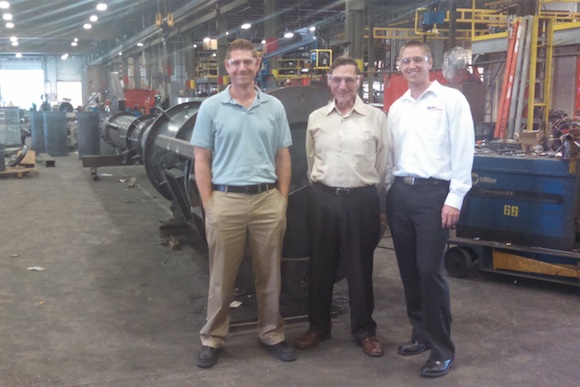 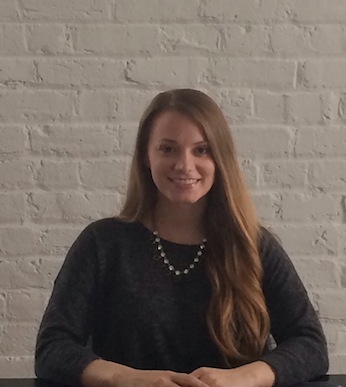 Dana Chryst and her son Blake Dudek of The Jay Group 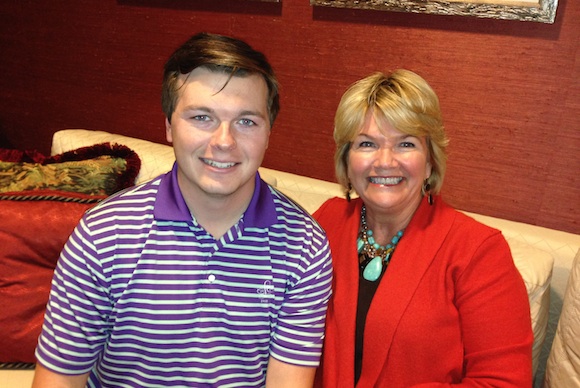 If someone had told Joshua Kintner two years ago that at age 23 he would be leading his family’s modular home building business in Tunkhannock, Wyomissing County, he would have said they were crazy.

“Working in the family business was the last thing I wanted to do or thought I would do,” says Kintner, who at the time was studying Economics, Sociology and Business at Penn State University. “I was considering a couple different opportunities to work in cool young cities, and I also had a dream to become an entrepreneur.”

But when his father called him at college one day this past February and told him he could really use help coming up with fresh ideas for the business, Kintner realized that he had a lot to offer the company — and that there was a lot he could learn from it, as well.

Kintner Homes was founded by his grandfather in 1972. In May, the younger Kintner assumed the role of CEO, bringing with him energy and fresh ideas for expansion, including plans to build a franchise prototype.

“Right now I’m focusing on self development and making sure I am being the best leader I can be,” explains Kintner, who oversees a team of 20 employees. He’s currently enrolled in a leadership certificate program through the Family Business Alliance at Wilkes University in Wilkes-Barre, Luzerne County.

According to a Mass Mutual American Family Business Survey, it is estimated that by 2017 more than 40 percent of family business owners expect to retire, creating a significant transition of ownership in the United States.

“This presents a wonderful opportunity for the next generation to take the reigns and continue their family’s legacy, assuming that it’s the right fit, that they’ve been prepared, and that it’s not out of obligation or a sense of entitlement,” says Lanie Jordan, executive director of the Family Business Alliance. “The latest research indicates that successful transition takes as long as 10 years, so the sooner children can get involved the better.”

Nurturing the Next Generation

When Dana Chryst joined The Jay Group, a Lancaster-based provider of integrated outsourcing and fulfillment services founded by her father J. Freeland Chryst in 1965, she was expected to be seen but not heard. It was the early ’80s and the idea of her assuming a leadership role had never even crossed her mind or that of her father. Over the next nine years, however, she grew into roles of increasing responsibility and was eventually named president.

“With training consisting mostly of ‘I talk, you listen’ sessions with my father, there was a brief period of trial by fire,” recalls Chryst. “I had to overcome numerous challenges, including a fear of failure and a lack of confidence in filling my father’s shoes.”

Today, Chryst is successfully leading the company as CEO, while employing a completely different management style from her father. She’s currently training her son Blake Dudek and making sure he’s having a much more hands-on, empowering experience.

“It’s been such a welcoming environment,” says Dudek, who joined the company two years ago after graduating from Babson College. “I’m often invited to sit in on meetings and share my insight and voice my opinion on everything from acquisitions to potential vendors to finances.”

In fact, within just six months of working at The Jay Group, he was involved in a merger and acquisition, an opportunity he felt completely prepared for — thanks to Babson and his mother, who exposed him to the business at a very young age. Today, at age 24, Dudek serves as Vice President of Business Development.

Children involved in a family business often have a more defined career path, says Mike McGrann, director of the Initiative for Family Business and Entrepreneurship at Saint Joseph’s University in Philadelphia.

As an account representative at GSM Industrial, a leader in the fabrication and installation of custom industrial steel products based in Lancaster, Dave Towers wants people to judge him for his work — not the fact that his father owns the company.

“I have been trying to learn the business, prove myself and earn my way, instead of relying on my last name,” says Towers, who joined the company in 2006 at age 23. “One of the biggest reservations I had about entering the business is that family members are held to a higher standard. I overcame that by taking it on as a goal and challenging myself to be an example.”

It also helped that Towers’ father, Jim Towers, took a somewhat “hands-off approach” with him and his older brother Mike, who is currently starting up a small manufacturing division within the company. Instead of overseeing them directly, he always had them report to someone else. This forced them to prove their capabilities to others and show that they weren’t getting a free ride.

While Towers says he did get involved in part to carry on his family’s legacy, he also felt there were jobs at GSM that fit his skill set. Since coming on board he has helped increase sales and foster new ideas to make the company more efficient.

“I want to figure out how to help our company continue to grow, become more profitable and provide outstanding jobs to our employees,” says Towers, who hopes to grow into a management position and a leader in the organization.

“I would watch him use a calculator to figure out budgets and payrolls, and was just intrigued by everything he did with numbers,” recalls Mahalak. “It’s what got me interested in accounting.”

After graduating from Kings College with a degree in accounting, Mahalak saw an opportunity to create her own path within the company.

“My dad likes to call me the CFO [Chief Financial Officer], but I’m young and I don’t feel I deserve that title yet,” she says. “It’s exciting, though, to know I have the opportunity to grow into that role and possibly build my own team as our company continues expanding.”

Mahalak has already helped facilitate the company’s largest acquisition to date with the addition of eight stores. Working at a high level with outside accountants — as well as the company’s vice president and her dad (who is the CEO) — she played a key role in determining prices and getting employees acclimated.

Mahalak is also taking a closer look at ways to enhance the company’s benefit plan for its workforce, which totals 215 working in 19 stores in Pennsylvania, New York, New Jersey, Maryland and West Virginia.

While each of these young business leaders is unique, one thing they share is a strong desire to see their family’s legacy continue and a willingness to seek outside help when necessary.

“More than 80 percent of America’s workforce is employed by family-owned businesses,” says Ellen Ruddock, director of the Center for Family Business at Indiana University of Pennsylvania in Indiana, Indiana County. “These businesses need support to grow and continue to provide jobs to our region.”

Through membership programs, the centers provide educational opportunities and consulting services geared towards helping family members grow and develop as new leaders. In addition to its leadership certificate program, the Family Business Alliance is launching several new programs and forums this fall specifically geared to next or new generation leaders. They also offers live events and webinars.

The Center for Family Business recently introduced its inaugural Mini MBA Certificate Program for Small Businesses, designed for small business owners, family business members, managers and the next generation of leadership preparing for succession in the company.

“The centers are such wonderful resources,” says Jordan. “We all are really just so passionate about seeing family businesses succeed.”