Q and A: Laura Williams 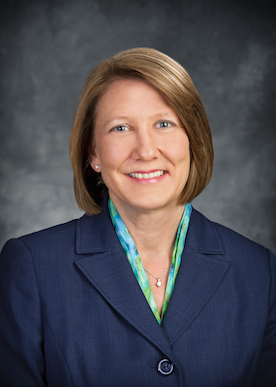 With support from Team PA, officials break ground on a new manufacturing plant for a Brazilian company that is locating its U.S. headquarters in Franklin County, creating 73 new jobs. 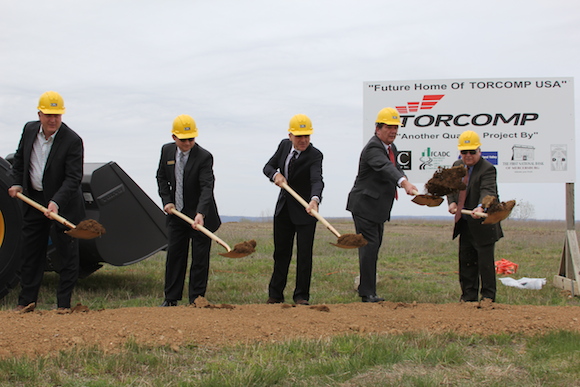 Laura Williams took over as President and CEO of Team Pennsylvania Foundation (Team PA) this summer. After a varied career that took her from the legal world to corporate leadership to economic development, she is looking to raise the profile of the organization and enhance the strength of its partnerships.

Team PA is a non-partisan nonprofit created in 1997 to bridge the gap between government and the private sector. They work for the betterment of the commonwealth while embracing collaboration, entrepreneurship and transparency.

Keystone Edge chatted with Williams about her past experience, her love of the Harrisburg area and the goals for her tenure at Team PA.

What was your career path before you came to this job?

I was an executive at Ahold, the parent company of Giant Food Stores in Pennsylvania…I'm an attorney by training. I was general counsel at Giant Food Stores, and then deputy general counsel for Ahold. I did that for about nine years. But I had responsibilities beyond traditional legal [matters] — I had responsibility for asset protection and risk management, and a couple of other areas throughout the organization.

I've also spent a lot of time in my career, outside of "regular work," doing community work. I was the chair of the Harrisburg Regional Chamber last year, but have been involved in economic development for a very long time.

Is that a common path — to move from the legal side into management?

Is it common? I don't know if it's common (laughs). It worked for me. It was natural. There are different ways to approach general counsel types of positions. One is that you create an in-house legal department where the lawyers basically act as the in-house law firm. Or you have a legal manager model, where you manage the legal services that are delivered to the corporation, and that's the role that I always had.

You grew up in Harrisburg, surrounded by the industry of state government — do you think that informed some of your interests?

I would certainly say, "Yes." Harrisburg is a wonderful place. Because of the stability of government here, it makes the economy very stable, which is a great thing for the region.

Were you actively looking to make a change in your career when you came to Team PA?

How did this opportunity come about?

When they had an opening, I was asked if I would be interested in pursuing it. It was a good fit for me.

There's a lot to building communities. The idea of being able to be a part of a conversation that involves the business community, the private sector — which I'm obviously very familiar with — and the public sector, and to try to find ways to build bridges, is a thing that I have always been interested in. How can businesses work to enhance better communities throughout the state?

Was there a learning curve in terms of negotiating all these different groups and organizations? We always joke about all the acronyms — you need to take an acronym quiz when you're entering this arena.

I was in a meeting this morning at the Department of Education with Secretary Dumaresq, and so many acronyms were being thrown around (laughs).

I knew some of them, but I certainly didn't know all of them. The joke has been that it's sort of like drinking from a fire hose.

So, yes, it's a very steep learning curve from that perspective. While I know a lot about how things work on the private sector side, this is a new industry for me — and it's actually multiple industries.

What are some of your goals in this position?

There's a lot of opportunity for Team PA to foster conversation on economic development. And we have an opportunity to help people understand who we are and what we do.

We're working right now with DCED on a tourism partnership — it is truly a public-private partnership that we're leading. Some of the activity related to that tourism partnership — it’s sort of housed under the Team PA umbrella for now — will ultimately be its own thing. It's another great example of how we can help foster and articulate the goals that we have for Pennsylvania.

Part of what we have an opportunity to do is really communicate. One area in particular that's of interest from an education perspective, is building that bridge on workforce development. There are a bunch of things going on in the commonwealth that relate to workforce development, and I think there's a role that Team PA can play. How we can help foster a work-ready workforce? What are some of the things that industry really needs? And how do we connect those industry needs with what's actually happening?

Any big initiatives coming up in the coming months?

We are going to help fund the Pennsylvania Governor's Schools in 2015. There are three of those focused on science, technology, engineering and math (otherwise known as STEM). Those are really cool because they captivate and motivate young people to go into fields that are in high demand in Pennsylvania. Ultimately the goal is to help them discover careers in those fields that will make them want to stay in Pennsylvania. Some of them will go to schools in places like, say, Boston, but hopefully they will still come back and create jobs, and engage in activities that ultimately improve the economy here at home.

Is that part of the mission — to get people to come back? To create the economic and cultural incentives so that people choose Pennsylvania?

A lot of that is telling the story in a compelling way — why it's so great to be here. From my own perspective, this has been a great place to live. Harrisburg, yes, but Pennsylvania in general. My daughter lived in Philadelphia for many years, and loved that. The idea of telling the story in a compelling way — to the right audience — is just so critically important.