The truth is out there….in Kecksburg, PA

By Elizabeth Daley on October 30, 2014
A replica of a mystery in Kecksburg 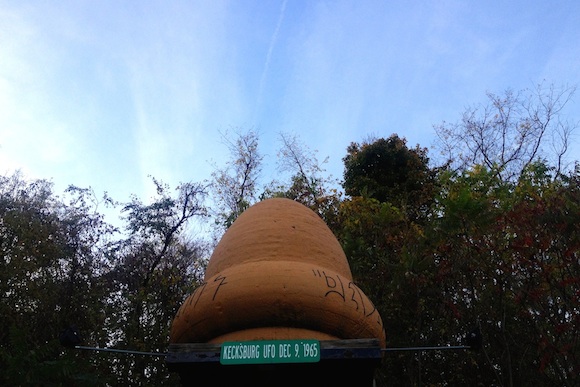 Elizabeth Daley
The UFO Store through a bar 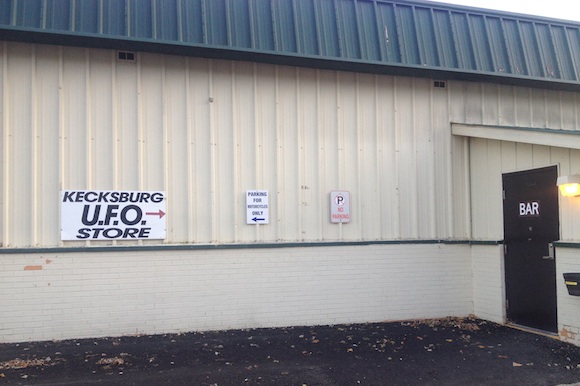 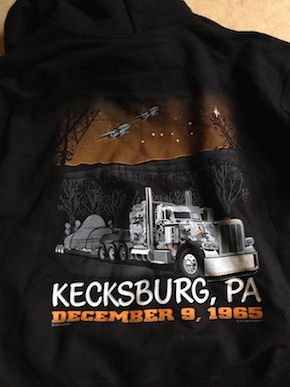 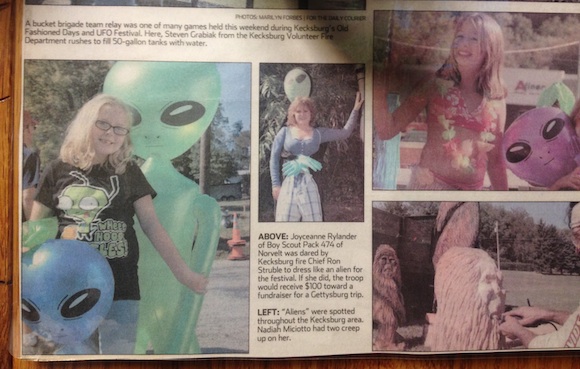 Elizabeth Daley
The replica near the woods in Kecksburg, where something mysterious happened 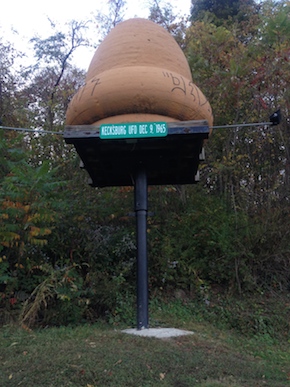 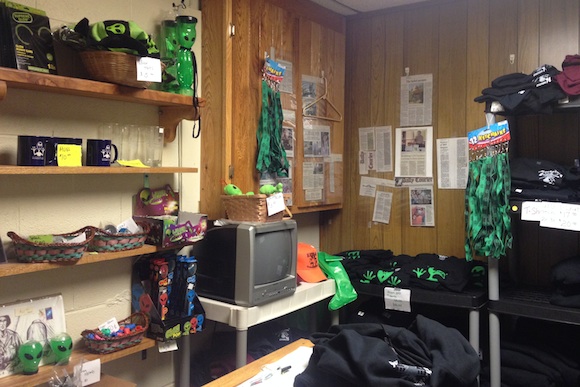 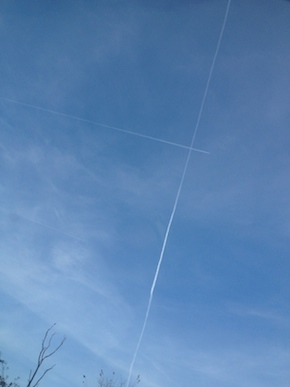 The town of Kecksburg, Pennsylvania does not seem particularly hospitable to alien life. It is an unincorporated part of Mount Pleasant Township comprised of 11,153 people — outsiders stand out instantly.

Still, something mysterious crashed in the woods there on December 9, 1965, turning the sleepy Western Pennsylvania town into the state's unlikely alien capitol overnight and forever altering its Wikipedia destiny.

Witnesses say that on that December evening, a fireball burst through the sky and reversed course, before crashing in a field next to the current location of the bucolic town's volunteer fire department.

“You can see where the thing crashed right there,” says a local woman, pointing me towards the woods.

Even today, no one really knows what the allegedly acorn-shaped object adorned with hieroglyphic-style writing actually was. Maybe it was a missile, maybe the hieroglyphics were actually Russian, maybe it was part of some secret government project, or maybe it did truly come from far, far, far away.

In front of the woods is an life-size replica of the object, as described by witnesses. It is painted brown and decorated around its brim with some type of writing. It is elevated on a platform about 10 feet high in the air, with a circumference of about seven feet.

Standing near some private homes and the fire station, the giant acorn seems out of place, but then again, so is the town's UFO museum. Walk a little ways down the road and you will come to a door marked “bar.” Another sign with an arrow pointing to the bar door says “Kecksburg U.F.O. store.”

The venue housing the store is a private club with a password, so in order to get in, I follow a nice man who knows the code. It was a Sunday and the bar was full of smoke, with patrons stopping their conversations to wonder what brought me to town. If you have a UFO store in the back of a secret bar across the street from a giant acorn and possible alien crash site, visitors should not come as a surprise, people!

The UFO store and museum was located in a closet and had to be specially unlocked so that I could examine its top-secret merchandise. The walls are plastered with historical articles and features about the town's annual UFO celebration, which takes place in the summer.

Reading those articles, I learn that part of the reason the UFO crash was such a big deal was because the army showed up right away to remove all evidence and denied anything ever happened. An article from the Chicago Tribune focused on a lawsuit that resulted after one person tried to obtain records of the crash incident from NASA and was provided with nothing.

I pick out a sweatshirt commemorating the crash (after deciding that adding the alien trivet and the commemorative shot glass might be excessive). On the back of the sweatshirt is a design depicting the incident in black and white and orange: A flat bed army truck heads away from the woods with a flying saucer-shaped object strapped to it, covered by a cloth. Army-style jets fly overhead, but hidden in the woods are three alien figures, representative of the questions that linger.

In a documentary made by the History Channel, colleagues of local journalist John Murphy, who prepared to report on the incident in 1965, claim he was coerced into not revealing certain aspects to the public.

Several years later, Murphy was killed when a car hit him on a highway in Ventura, California.

The woman who works behind the bar rings me up and I am quite certain this is the only UFO store whose proceeds go to the volunteer fire department.

As I walk out through the bar, I try to find anyone who remembers what happened that fateful night in 1965, but all the patrons say they were too young at the time. However, the attitude surrounding the UFO crash in Kecksburg is matter of fact: Something crashed in those woods on that date, witnessed by many people. The town knows what it saw, but how should they interpret it?

On my way into town, I must confess, I too looked up with wonder. I saw tracks in the blue autumn sky that seemed to be from rockets, shooting straight up, in ways it seemed no plane would travel. At one point, the tracks crossed each other at a right angle. I took a photo, presented for consideration. But in my UFO sighting, I was alone — my vision can be chalked up to the fantastic imagination of a journalist on assignment, something only personally profound.

Yet the Kecksburg incident with all its verification and strange relics — that acorn statue, that strange shop in the back of a bar — leaves us to ponder the vastness of the universe and the limitations of human science. It allows us to revel in the beauty of the unknowable, like a bright ball of fire crashing through the evening sky.

For more on the incident in Kecksburg, check out this documentary.