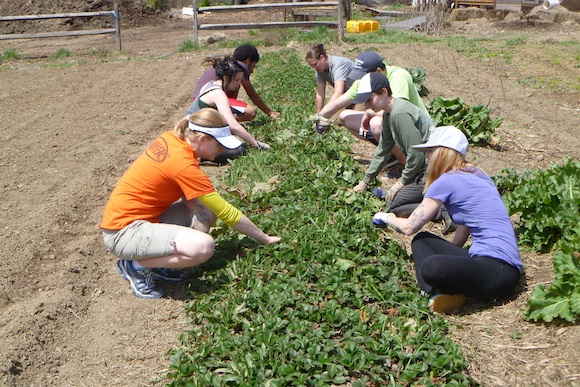 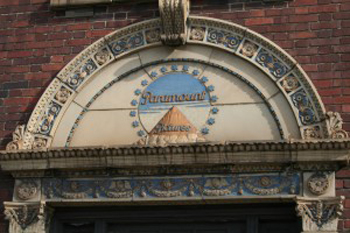 From environmental tweaks to early-stage tech geeks, Keystone Edge takes stock of the people, projects and big ideas that will continue to shape Pittsburgh in 2015.

Investment is booming here thanks to a new Pittsburgh-based fund launched by Innovation Works. This fall, Riverfront Ventures announced it will invest $24 million in local early-stage companies. It’s common knowledge by now that Pittsburgh is home to a burgeoning tech scene supported by first-class universities, grassroots organizations and influential start-up accelerators. Recently, entrepreneurs have been moving back to Pittsburgh because, in addition to those resources, the city now has a growing pool of eager investors. To wit: In Pittsburgh, in the first nine months of 2014, the $250 million in venture capital dollars flowing to growing technology companies outstripped the annual totals for each of the past five years.

Point State Park and its environs across the Allegheny and Ohio rivers are now beautiful and bikable, thanks to a recent facelift. The Three Rivers Water Trail, a network of non-motorized craft access points in the Pittsburgh region, is a blessing for the ‘Burgh. And the Three Rivers Heritage Trail now extends over 24 miles along both sides of the Allegheny, Monongahela and Ohio rivers, making it an almost complete route for cyclists, walkers, runners and, in some cases, rollerbladers.

For 2015, let’s take that bikable beauty and stretch it east. Over 30 more miles of trails are planned, including continuation along the Allegheny River as part of the Erie to Pittsburgh Trail Alliance. Strong bike trail connectivity would be a boon to Pittsburgh’s reputation as a place for healthy living and easy commuting.

The $2.6 million program will provide bikes and equipment, which the city will own. A $1.6 million federal highway grant and nearly $1 million in charitable donations — including $600,000 from the Hillman Foundation, Heinz Endowments and Richard King Mellon Foundation — supplied the funding.

4. A Safer, Saner South Side

When the Peduto administration announced the appointment of the city’s first hospitality manager — tasked with developing the Pittsburgh Sociable City Plan — our thoughts turned immediately to the South Side, a place seemingly hell-bent on making us feel old before our time. The hospitality manager will coordinate policies with the bars, restaurants and venues that are an integral part of the urban economy.

We’re hoping that the efforts of new hospitality guru Maya Henry will stick. Her experience as director of special initiatives for the Lawrenceville Corporation should translate well to taming the beast that South Side nightlife has become.

While 2015 promises to bring even more filmmakers to our shores — and the occasional celeb sightings that accompany them – one of the city’s most promising developments is rooted in Pittsburgh's film past.

After years of dormancy, the Paramount Film Exchange is back as a paragon of redevelopment. Built in 1926, the building was part of Pittsburgh’s Film Row through the 1960s. It came back to life in September 2014 as the second site in StartUptown’s “coworking plus” campus and the home of Denmarsh Photography.

While Island Studio in McKees Rocks untangles its web of financial troubles, we’ll rely on the legacy of Pittsburgh’s Film Row to carve out a cinematic path for the city’s future.

6. The Birthplace of Champions

Pittsburgh is teeming with resources for young families — groundbreaking research, woman-centered prenatal care and a wide array of birthing options are helping to give babies and parents the best possible start.

For example, Dr. Steve Caritis at Magee-Womens Hospital is developing a patch for pregnant women to provide continuous nausea constant.

And local lactation consultant Denise O’Connor is creating the Pittsburgh Three Rivers Mothers Milk Bank, a nonprofit that will screen and collect breast milk from donor mothers throughout a multi-state area. After pasteurizing and barcoding the milk, the organization will deliver it to Neonatal Intensive Care Units, tracking it like any other tissue donation.

7. Urban Agriculture for the Haves and Have-Nots

The urban agriculture movement in Pittsburgh is sowing the seeds of a healthy community. In addition to updating its Braddock Farms site, Grow Pittsburgh in 2014 launched the Garden Resource Center, a tool lending library and materials depot in Larimer.

The Allegheny County Department of Economic Development launched its 2014 Side Yard and Blighted Structure Program this year as a way for individuals, businesses, nonprofits and government groups to buy vacant and neglected lots at a discounted price. The City of Pittsburgh alone counts 35,000 blighted or abandoned properties — about 19 percent of the city’s land. And every year, Pittsburgh spends about $20.5 million managing these properties.

gt;The Venture Property Recovery Program helps to create clean titles for the deserted plots, so that people can absorb an adjacent yard or delinquent structure to expand their own property, create additional parking or turn an eyesore next door into something more pleasant. Properties can also be used to create a new structure, park or memorial.

Promoting this program and encouraging new uses for vacant lots throughout Allegheny County will go a long way toward beautifying the ‘Burgh in 2015.

Earlier this year, the Pittsburgh Regional Alliance announced that Pittsburgh saw a 12 percent increase in economic development deals from 2012 to 2013. While the scorecard for activity in 2014 hasn’t been released yet, we can only hope that the traction from 2013’s record will carry over into 2015 and beyond.

The Allegheny Conference on Community Development, of which PRA is an affiliate, cites growth in five key sectors: manufacturing, information and communications technology, financial and business services, natural resources, and health care and life sciences. Manufacturing leads the pack, according to PRA President Dewitt Peart.

The visible blanket of smoke from our steel days may have dissipated, but our region’s air continues to rank among the worst in the nation. In fact, it is in the dirtiest 10 percent of U.S. cities, according to a 2013 report from the Clean Air Task Force. Coalitions such as the Breathe Project and the Group Against Smog and Pollution recently formed to help create awareness about and improve Pittsburgh’s air quality.

“The air in Pittsburgh is a complex problem,” says Rachel Fillippini, executive director of the Group Against Smog and Pollution. “We’re downwind of pollution sources in the region, but still two-thirds of the pollution comes from internal sources within southwestern Pennsylvania.”

The creation of these activist groups is one small step in attacking a long-standing Pittsburgh problem. For 2015, let’s hope for greater strides in cleaning up our city's air and water — and smoky reputation.