Discover the eclectic (and tasty) pleasures of a Northeast Philly ‘hood 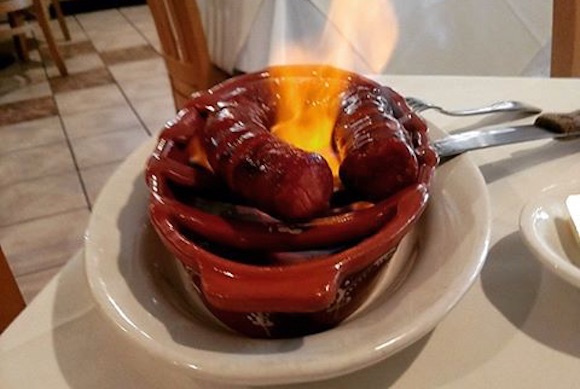 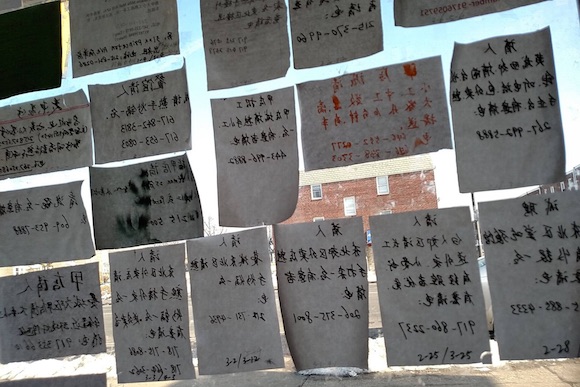 Dining out on Castor Avenue 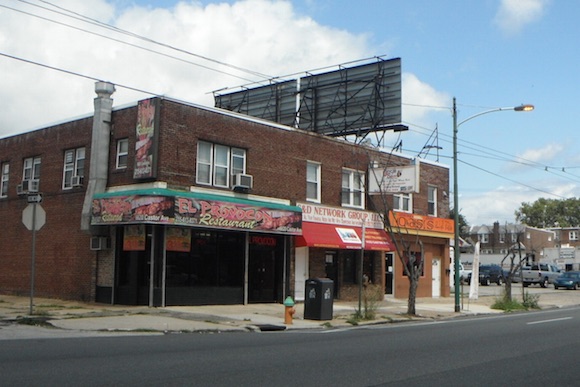 Brazilian, Chinese, Portuguese, Japanese, Indian, Jamaican — head up to Castor Gardens in the Northeast with an appetite and you can take your pick.

It's safe to say that the vastness of Philadelphia's Northeast is under-appreciated by those who don't live there. There are few rail lines that serve these neighborhoods and the major thoroughfares — including Castor and Bustleton Avenues — are four lanes wide, making for potentially nerve-wracking pedestrian crossings. Off these main drags, the blocks are thick with postwar row homes, distinct from their older counterparts thanks to one-car garages (tucked underneath the house and accessed by the alley) and small front yards.

But the blocks of Castor Gardens are some of the most diverse in the city, a result of the area's affordability, safety and auto-accessibility. And even if it was developed with cars in mind, four-wheeled vehicles weren't the only means of transportation considered: Once you actually get there, the neighborhood is quite walkable.

“The area has gotten five years younger over the past thirty years, as an average age, as it has gotten more diverse,” explains Mike Thompson with the City Planning Commission. “These trends are continuing and [it is becoming] a concentrated node of ethnically diverse restaurants. Castor Avenue is in some sense the Main Street — it has a synergy that builds on itself.”

Castor Gardens only really began to grow after the Second World War. In 1940, the area was mostly farmland, home to a mere 3,000 people. Castor Avenue itself was only 20 feet wide. But between 1946 and 1948 it was widened to 100 feet and the trolley tracks were removed.

A 1951 profile of the neighborhood in the Philadelphia Bulletin defines it as bounded by Oxford Circle and Oxford Avenue to the south, Cottman Avenue to the north, Roosevelt Boulevard to the east and Algon Avenue to the west. Back then, residents described Castor Gardens as “the baby who became an adult overnight.” By 1950, 25,000 people were living in the neighborhood and there were 200 shops on Castor Avenue alone (a thoroughfare dubbed “the Broad Street of the Northeast” by the planning commission in 1956).

Today the two Castor Gardens zip codes are home to over 100,000 people.

“This area [Castor Gardens] is experiencing some of the fastest population growth in the district,” a Planning Commission study of the Central Northeast stated in 2014 (the area as a whole has almost twice the percent of foreign born residents as the rest of the city). “The greatest diversity of race and ethnicity is located in the southerly section of the district in the areas generally located south of Cottman Avenue and east of Castor Avenue,” the full length report reads. That population bump means a growing commercial vibrancy: The storefronts may be a little faded, but the commercial corridors still bustle.

“The movie theaters closed up, and the synagogues closed up, and all those places started to dwindle and a lot of kids graduated and the mom-and-pops started to die off,” remembers Michael Visco, president of the Castor Gardens Business Group and owner of Guido's Men's Shop (6728 Castor Avenue). “Now there's [new] stores on Castor and Cottman, but it was vacant for probably ten years.”

It was the huge influx of immigrants that helped revitalized the area, and that swell continues. The city's plan for the Central Northeast calls for the enhancing commercial corridors like Castor Avenue by bending city and state funds towards repairing and renovating storefronts and sidewalks.

It is physically impossible to sample even half of the tasty offerings in Castor Gardens, especially if the immensely popular Brazilian steakhouse Picanha (6501 Castor Avenue) is on the itinerary. A few storefronts south is New Azaad Foods (6443 Castor Avenue), cooking up some of the best (northern) Indian food in the Central Northeast. You can't go wrong: everything from samosas to the main courses are delicious, and don't skip dessert — especially halwa, a kind of pudding made of carrots, milk, sugar, and nuts.

Newer arrivals such as Tokyo Mandarin (7030 Castor Avenue) are also exceedingly delicious. Fusion may have a bad name in many circles — this is Thai-Japanese-Chinese — but there's a real deal sushi chef on the premises and the results are worth a taste.

Further north on Castor is the Portuguese restaurant Tio Pepe (6618 Castor Avenue), a neighborhood favorite. Entering through the front door can be confusing — there's a shot-and-beer bar on the first floor, complete with pool table — but upstairs it's all white tables cloths and decorative streetlamp posts. Before the main course, complimentary unpitted olives and crusty bread is wheeled out. The linguica is a must order: a fatty, cured sausage that arrives wreathed in flames.

Next door is C1 Bakery (6610 Castor Avenue), doling out coconut bread buns and a variety of other delicious Chinese pastries. Across the street, Miracles Jamaican Restaurant (6639 Castor Avenue) serves spicy beef patties along with other island favorites.

And then there is the Castor Bar (6641 Castor Avenue), a neighborhood boozery, the exterior of which sports an old school street lamp to compliment those in Tio Pepes. On a recent lazy Sunday afternoon, a middle-aged Hispanic man and younger African-American guy nurse beers and watch a boxing match. On the back wall, an amateur artist has sketched portraits of Humphrey Bogart, Frank Sinatra and Clark Gable. Only the latter bears a close resemblance to its inspiration, but the waitress — a young Asian woman — struggles to recall his name until three older white women at the end of the bar chorus it at her.

“We used to have one of Marilyn Monroe too, but the guys kept pawing at her, so we took it down,” she says with a sigh.

Walk a few blocks east through densely packed rowhomes (where groups of kids scurry across the sidewalks and alleys) to Bustelton Avenue and the area's substantial Chinese population becomes evident. (They comprise the second largest immigrant group in the Central Northeast.)

The windows of K.C. Pastries Northeast (6840 Bustleton Avenue) are so thoroughly papered with handwritten notes in Chinese that the street is largely obscured. Bubble teas, fried sweet dumplings, coconut bread and all manner of other tasty treats can be had for cheap. Next door is the dim sum restaurant Ruby Garden, which also enjoys a good reputation. Down the block to the south is Al-Sham (6738 Bustleton Avenue), a stellar Halal bakery and restaurant.

“We have everything you need in the community to stay in the neighborhood,” insists Visco; his shop Guido's has been open for almost 40 years. “Everything is convenient, you have good schools, good restaurants.

“You can just stroll down the street and have a good time,” he continues. “A bunch of nice stores. A lot of good things coming in, it's changing daily, just constantly improving. We've got a little bit of everything over here. People are realizing it and they are coming back, coming back strong.”