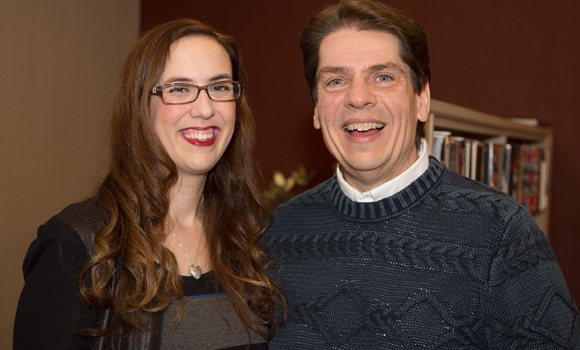 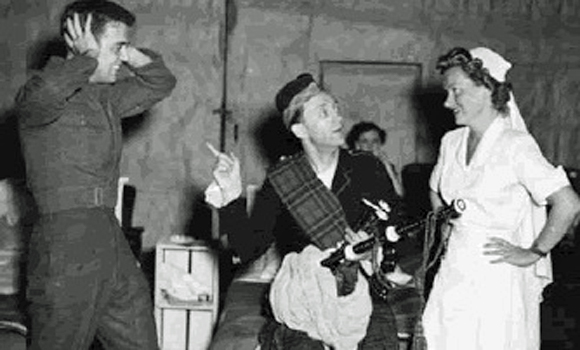 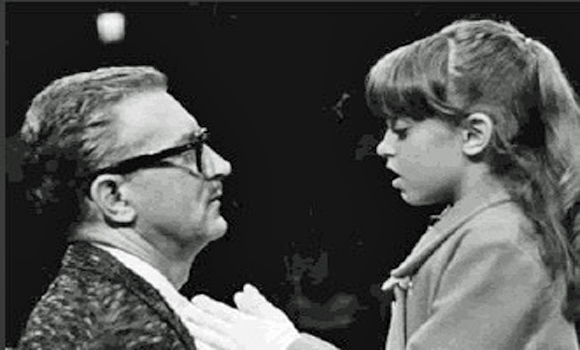 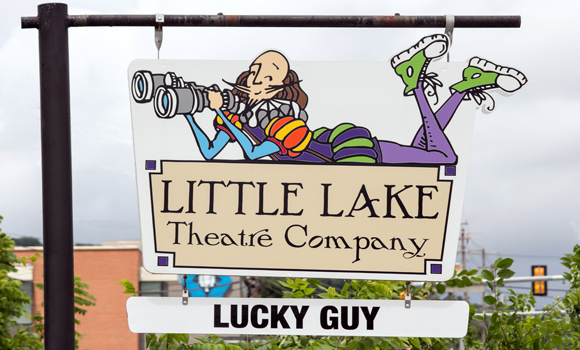 Roxy MtJoy saw her first live performance at Little Lake Theatre in Washington County at five years old. Today, the 33-year-old is the newly appointed artistic director of this intimate 160-seat theater-in-the-round that has made its home on the banks of Canonsburg Lake for the past 67 years. She took the reins from Sunny Disney-Fitchett, daughter of founder Will Disney (distant relative to the ever-famous Walt).

Disney-Fitchett, along with her husband and Managing Director Rob Fitchett, officially stepped down from their longtime roles last month, marking a new era for the community institution. For the first time since 1949, a member of the Disney family will not be at the helm of the not-for-profit theater company whose productions in its first two years were staged in a working barn. (The old barn still stands on the property — these days, it houses props and rehearsal space.)

Back then, theater lovers throughout the region made the scenic drive to North Strabane.

“People came from all over, including Pittsburgh,” recalls Disney-Fitchett. “After all, there weren't many theaters in those days.”

And while many members of their loyal audience continue to drive the distance to see a Little Lake show, the south-of-the-city audience has grown as young families over the decades moved to the developments that sprouted in nearby townships including Peters, Bethel Park and Upper St. Clair.

The theater changed with the surrounding communities, too. The Looking Glass Theatre for children started in 1972, as did programs such as summer camps, high school apprenticeships and adult acting classes.

Boosting beyond the spotlight

Enter Bob Rak. As Little Lake’s newly appointed managing director, he became involved in 2006 via the acting classes offered for adults. Before long, he found himself cast in main-stage shows.

Rak saw a multitude of needs behind the scenes. Amid the bustle of productions, there were grounds to be tended, props to be donated and the Facebook page wasn’t going to manage itself. He decided to pitch in.

“I wanted to do what I could to help out and repay the fact that there was an organization like Little Lake where I could pursue my passion for acting and theater,” he recalls.

When he joined the Little Lake board in 2013, he saw it as another opportunity to lend his professional skills in finance. When the managing director position became available last year, he saw it as a way to help the theater further its mission.

“I had the right background and the love of the Lake,” he says. “It just made sense.”

Like Rak, generations of volunteer technicians, set hands, apprentices and actors have crossed the narrow bridge over the Lake to cut, stitch, plant flowers or rehearse lines.

Longtime actor-director Jena Oberg started commuting to the Lake when she was still in high school.

“I wanted to audition for Anne of Green Gables at Little Lake but we lived in the North Hills,” she remembers. “My mom made a deal with me that if I got the role, I could do the show as long as the drive was under an hour. Fifty-five minutes later we arrived at Little Lake and I was cast as Anne. I was hooked and I’ve been there ever since.”

Oberg’s only time away came in college, though she still spent summers at Little Lake. She studied theater at Northwestern University, whose list of alumni over the years have included Stephen Colbert, Julia Louis-Dreyfus and Seth Meyers. There she also had the opportunity to learn from Broadway-veteran Cherry Jones and prolific stage director Tina Landau. Oberg is currently having a productive season of her own, directing five shows including the recently wrapped main-stage run of Lucky Guy and a Looking Glass play, among others.

Roxy MtJoy looks forward to continuing her support of homegrown talent. After years of acting in and directing performances in Los Angeles and New York, she believes companies like Little Lake take a more active interest in an actor’s development.

“It’s more rewarding to see them flourish in a way,” she explains. “Theater is historically about communities of people coming together — you don’t have to be a professional. You have to be a person with something to say. To me, it’s what it is to be human.”

She also acknowledges the courage of the actors: “They open themselves up to their own community. They’re not getting paid. Many of them have young families, demanding jobs, huge commitments. It’s an act of bravery.”

“You can come and see live theater for about the price of a movie ticket and popcorn,” says MtJoy. “You don’t need a financial plan.”

Loyal patrons recognize this, too. An $18 ticket can buy a wonderful experience. And eleven main-stage performances from May to December guarantee subscribers a wealth of options. As one longtime patron at the box office line mused, “I’ve seen shows here be every bit as amazing as some of those at the O’Reilly or the City Theatre, even some on Broadway.”

The 2014 season was the Lake’s best financially, according to Sunny Disney-Fitchett.

But with the resilience that comes with regular crowds, MtJoy also recognizes that sustaining only goes so far.

And as the mostly female audience demographic continues to age, she, Rak and the board would like to draw a younger fanbase.

To do that, MtJoy hopes to build upon the Looking Glass Theatre lineup and do more to raise private donations and sponsorships. At the moment, Little Lake’s revenue stream relies primarily on ticket sales, but MtJoy and Rak see more deliberate fundraising as the way to move forward.

Another path to growing the audience is to promote what’s special about attending a show at the Lake.

“We do a good job of doing what’s different,” asserts MtJoy, noting that people can come early, get comfortable, have drinks or dessert and enjoy the company of friends an hour before the show. No seat in the house is far from the action; some are close enough to touch the characters onstage.

“It’s a whole experience,” she continues, gesturing to the now-empty theater.

Today that space is dark, but tomorrow the doors will reopen. People will take their seats, and they’ll wait wide-eyed for some new drama to unfold. MtJoy can relate.