By Joe Petrucci on December 31, 2015
Soon after earning his B.S. in Computer Science from the University of Rochester, Aaron Muderick did what most like-minded recent grads did and took a job at a fledgling web design firm. But Muderick soon found it difficult to sit all day and write code. As a result, Muderick began to amass a seriously large collection of desk toys to help keep him occupied.
Chief among his collection was a lage, simple ball of Silly Putty he put together from smaller “eggs” of putty. Soon, however, his massive ball of putty began to shrink. Coworkers were stopping by and tearing off little pieces for themselves. Muderick decided to create an office pool and purchase 100 pounds of Silly Putty directly from the manufacturer. After the shipment arrived, coworkers still invaded his stash.
Still uninspired by his assigned tasks at the office, Muderick decided to learn how to make putty himself and wound up improving on the tried-and-true recipe. Since its founding in 1998, he has grown Crazy Aaron’s Puttyworld in many ways, including adding a labor force made up of individuals with intellectual and physical disabilities that help manufacture and ship Crazy Aaron’s Thinking Putty to nearly every country in the world. He now employs 500 people who might otherwise not have any job prospects, in addition to a full-time staff of 12 in his Narberth, Montgomery County office. The putty is made in more than 30 unique colors and Muderck claims his company’s putty is the best on the planet.
Talk about the moment where you knew you made the right decision in starting this company?
From the beginning, I felt like the product pretty much sold itself. Because we always had a steady increase in sales from day one, it never really struck me that this business was a success.  Then one day I was leaving a pizza shop when this couple came running across the parking lot.  Honestly, I was a little scared. They were coming right for me.  They said, “Are you Crazy Aaron?”  They explained that their children were obsessed with Thinking Putty.  They asked me to come over to their car and sign the cans their kids played with to stave off car-trip boredom.  That’s when I knew I had made the right move.
What was the biggest challenge in getting Crazy Aaron’s Puttyworld off the ground?
The biggest challenge was committing the first $1,000 to buying the materials I needed to get started.  I was just out of college and didn’t have two dimes to rub together.  Sinking that much money into something farcical like putty took a mental leap of faith.  Of course it didn’t help that I had no chemistry, manufacturing, business, or marketing background!  But, eventually I figured those things out.
What’s the biggest challenge you’ve overcome, personally or professionally?
Looking back, perhaps it was leaving my computer job behind and making the decision to pursue putty full-time.  I knew when I did it that there was no going back. The computer industry moves too quickly to leave it for a while and successfully return.  However, at the time, that felt like a natural move. More challenging was successfully managing our growth and the capital needs of the company in 2008 when all the banks stopped lending and we needed funds to fuel our growth.  I know I lost a lot of sleep over that.  A lot of banks read our business plan and thought we were a joke.  The fact that we had excellent credit and had been making money ten years straight didn’t seem to matter to them.  Ultimately, the solution was just to play the field.  Eventually, after a lot of work, we found someone who was willing to lend to us on very reasonable terms and it launched us into a new phase of incredible growth.
How can we stimulate small business to be an engine for job creation?
Healthcare – When I left my job to start my new business, how did I get health insurance? I know many entrepreneurial married couples hinge on the fact that one spouse has the job that offers healthcare.  We didn’t have that benefit.  Until we got to the point that our company was a ‘group’ that could buy ‘group coverage’ I was stuck buying the kind of insurance that is expensive and doesn’t really cover very much. When you have children, that need is even more serious. I believe that fact keeps lots of potential entrepreneurs stuck working for someone else.  Their future businesses never get off the ground.
What key partnerships in your region or state have helped Crazy Aaron’s Puttyworld grow?
Local municipal government has been a key partner.  We’ve needed their support as we’ve expanded our office and factory.  To my surprise, I’ve found working with these municipalities to be pretty painless.  I’ve really gotten a sense that these local governments are interested in developing business and growing the tax base.
What’s the big differentiator for Crazy Aaron’s Puttyworld?
We make the best putty in the world right here in the United States in colors and styles that people never even imagined. It isn’t hard to make putty; the formulas and ideas have been around since WWII.  But it is hard to make great putty and that is where we shine. We are a locally-grown company and that has built a lot of confidence in the quality of product we make and the level of oversight and attention that goes into what we produce.
What’s next for Crazy Aaron’s Puttyworld?
We have a healthy R&D pipeline.  There’s a lot of awesome stuff that will hit the streets in the coming years.  I’m always working on ways to improve the product and develop fresh new ideas.  We’ve got a lot more growing to do.
— by Joe Petrucci 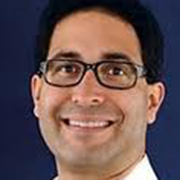